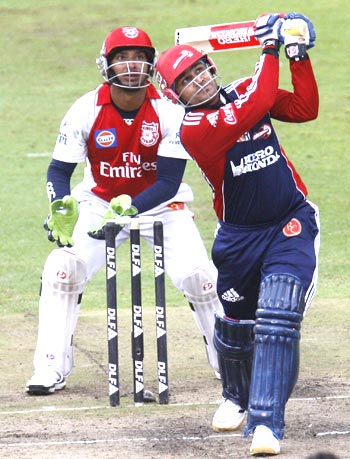 Recuperating from a shoulder surgery that ruled him out of the ongoing tri-series in Sri Lanka and the subsequent Champions Trophy, Virender Sehwag will lead the Delhi Daredevils in next month's Champions League, the organisers of the Twenty20 event announced on Tuesday.

Sehwag had undergone the surgery in England during the Twenty20 World Cup and remains out of action since then.

The hard-hitting opener has not resumed batting practice yet, but was named captain of the 15-member Daredevils team for the October 8-23 event to be played in Delhi, Hyderabad and Bangalore.

Announcing the final 15-player squads of the 12 participating teams, Champions League chairman Lalit Modi said the tournament would be a conglomeration of international stars.

"Never before has a domestic cricket tournament featured as many cricket superstars as the inaugural Champions League Twenty20," Modi said.

"As expected, almost all eligible international stars have confirmed their attendance at domestic cricket's showpiece event," he added.

Refusing to put his finger on any team that seems favourite to win the title, Modi said, "Picking a winner of the tournament is impossible. While some of the squads consist entirely of international players, there is enough high-class talent in all teams to ensure that no team enters the Airtel Champions League Twenty20 as overwhelming favourites." 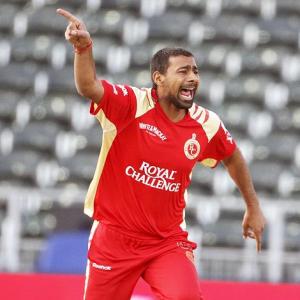