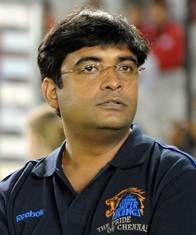 The Supreme Court-appointed committee probing the IPL spot-fixing scandal has asked people having information on allegations of betting against Board of Control for Cricket in India president N Srinivasan's son-in-law Gurunath Meiyappan and other accused to share it them.

The panel, after "perusal" of the Supreme Court order, decided on its schedule of meetings.

"The schedule of the sittings of the committee and its functioning and support personnel were finalised and communicated to the BCCI," said Vidushpat Singhania, secretary to the committee, in a statement issued by the BCCI.

The committee has urged those with information on the fixing allegations against Meiyappan and other accused to mail them.

"The informants shall not be given hearing unless and until the committee thinks it fit to do so. The identity of the informant shall be kept confidential," the statement read.

The Supreme Court has directed the committee to investigate the allegations of betting and spot-fixing in IPL matches against Gurunath Meiyappan, allegedly the team principal of Chennai Super Kings, the accused players and the team owner of IPL franchisee Rajasthan Royals.

The court appointed the probe committee after the Cricket Association of Bihar filed a petition against the BCCI probe panel, which exonerated Meiyappan and team owners, but handed life bans to Rajasthan Royals cricketers Shantakumaran Sreesanth and Ankeet Chavan.