Tendulkar is Wisden's leading cricketer for 2010

Wisden, regarded as the Bible of cricket, has named Indian batting maestro Sachin Tendulkar as the leading cricketer in the world for the year 2010.

The 148th edition of Wisden Cricketers' Almanack was launched on Wednesday and it is the first time that Tendulkar won the award since it was instituted in 2004.

In 2007, Wisden identified Tendulkar as the player to have won such an award for 1998 -- had it been instituted then.

Tendulkar, who realised his long-cherished dream when India won the World Cup earlier this month in Mumbai, has also been named in Wisden's 2009 Test XI, at his accustomed number four position.

The 37-year-old Tendulkar scored more than 1500 Test runs, including seven centuries in the year 2010 averaging 78.

Tendulkar's citation read: "Wisden acknowledges his greatness by naming him as the Leading Cricketer in the World for 2010."

Tamim became the first Bangladeshi to secure an honour that dates back to 1889.

For the first time since Wisden Test XI began in 2008, there was no room for an Australian while only two of England's cricketers -- James Anderson and Graeme Swann -- made it to the final eleven. 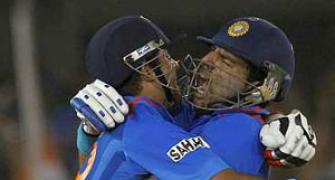 Was freedom won so that corrupt could loot India?