The legendary Sachin Tendulkar was voted as the greatest Test men's batsman of the 21st century by a panel of commentators and fans on Star Sports, piping former Sri Lanka captain Kumar Sangakkara, who gave the Master Blaster a close fight.

The commentary panel included VVS Laxman, Irfan Pathan, Aakash Chopra and more, as the former India cricketers went ahead with Tendulkar for his tremendous contribution to Indian cricket.

"This was a tight one. Both Kumar Sangakkara and Sachin Tendulkar are icons of the game but the vote, the winner of the greatest Test batsman of the 21st century, is my fellow Mumbaikar Sachin Ramesh Tendulkar," Gavaskar said in a video uploaded by Star Sports.

This is a huge honour for Tendulkar, who retired from international cricket eight years ago in 2013 and played along some of the best batsmen to ever grace the game, including Brian Lara, Ricky Ponting, Jacques Kallis, Rahul Dravid, Alastair Cook and more. With 15921 runs, he remains the highest run-scorer in Test cricket history and his 51 centuries are also the most by any batsman in the format.

The man next to him, Kallis, remains six hundreds behind. Sangakkara, with 38 tons, is fourth on the list and sixth on the list of all-time leading run-scorers in Tests.

Tendulkar, a former India captain, made his Test debut at the age of 16 against Pakistan. At 17 years and 107 days, Tendulkar scored his maiden century, making him the youngest cricketer to register a Test ton for India, a record that still stands tall. From there, Tendulkar would step onto the path to greatness, peeling off centuries in the challenging conditions of South Africa and Australia, as the world took notice of him.

Tendulkar is a recipient of all sporting awards in India, including the Arjuna Award, Rajiv Gandhi Khel Ratna – India's highest sporting honour – the Padma Bhushan, the Padma Vibhushan and the biggest of them all – the Bharat Ratna. 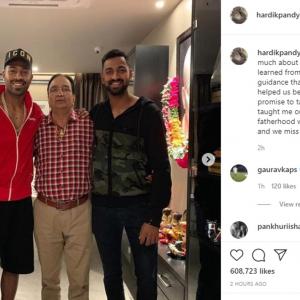