News
Business
Movies
Sports
Cricket
Get Ahead
Money Tips
Shopping
Sign in  |  Create a Rediffmail account
Rediff.com  » Cricket » 'After my first innings in Test cricket, I doubted my ability' 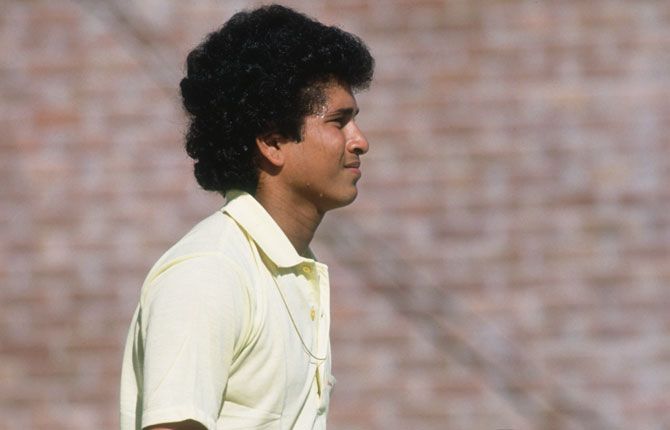 International Test debuts can be intimidating and Sachin Tendulkar could not have imagined a tougher one when he padded up against pace legends Wasim Akram and Waqar Younis in 1989 -- the experience leaving him so scarred that he doubted his ability to continue at the highest level.

In his just-released autobiography Playing It My Way, Tendulkar reveals how it was baptism by fire in his very first Test innings.

"It was baptism by fire. So much so that after my very first innings in Test cricket, during which I was all at sea against Wasim and Waqar, I began to doubt my ability to bat and question whether I was ever going to be good enough to play at international level," Tendulkar writes in the book.

"What made it (my debut) event more significant was that we were playing against Pakistan in Pakistan and their bowling attack included fast bowlers of the quality of Imran Khan, Wasim Akram, Waqar Younis and Aaqib Javed, not to mention the leg-spinners Mushtaq Ahmed and Abdul Qadir - quite a test for any debutant," he wrote. 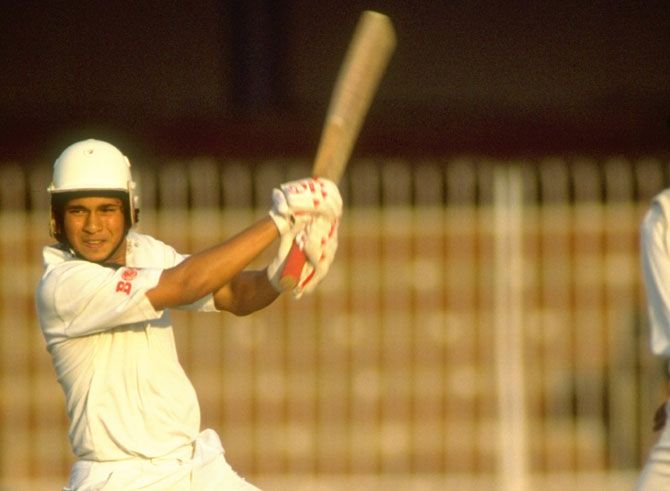 Sachin Tendulkar of India in action during a match against Pakistan in Lahore. Photograph: Ben Radford/Allsport

Writing about his first tour in Chapter 3, the maestro recalled how the fiery Wasim, then in his prime, welcomed the youngster to Test cricket.

"I was on strike to him for the third ball of the over, which turned out to be a vicious bouncer. Having studied Wasim's bowling, I was convinced the next ball would be yorker and was mentally prepared for it," he said.

"It turned out to be another bouncer, which I left. While I kept expecting a fiery yorker, balls five and six also turned out to be bouncers, and at the end of the over I said to myself, 'Welcome to Test Cricket'."

Getting used to the pressures of international cricket against arch-rivals Pakistan, Tendulkar also recalled the rising ball from Waqar in the fourth Test in Sialkot, which left him bloodied.

'My vision was blurred and my head felt heavy' 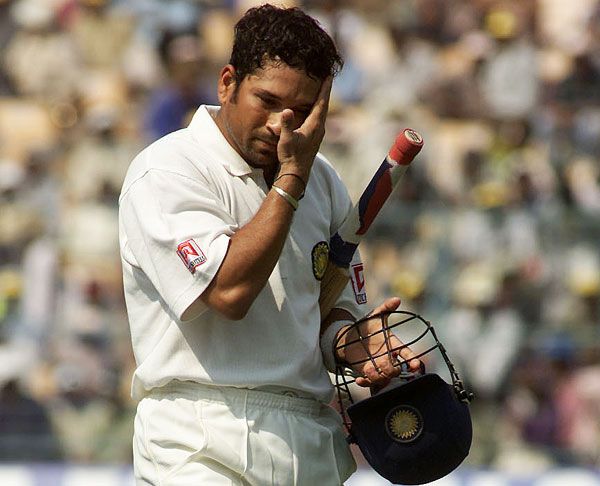 I had just scored my first run when Waqar bowled a short delivery, which I expected would rise chin-high. I misjudged the bounce of the ball. It rose six inches higher than expected and hit me on the flap of the helmet before deflecting and hitting my nose.

"My vision was blurred and my head felt heavy. After the impact, the ball went towards the slips and my natural movement was to see where the ball had gone. It was then that I noticed all the blood spattered on my shirt," Tendulkar said.

"As I was trying to recover from the blow, I was amused by Javed Miandad's comments. In an attempt to psyche me out, he was saying things like Arre tujhe toh abhi hospital jana parega; tera naak tut gaya hai. (You may have to go to the hospital; your nose is broken).

'My first day of international cricket wasn't without drama' 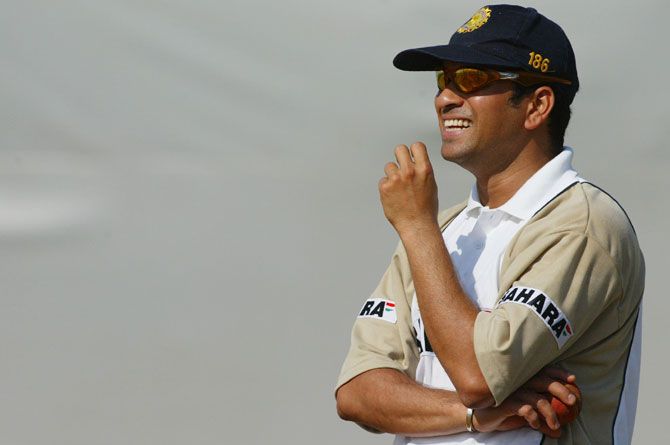 Tendulkar also recounted a particular incident during the Karachi Test that not only left the 16-year-old boy scared but also helped him realise the intensity of an India-Pakistan encounter.

"My first day of international cricket wasn't without drama and one incident in particular left an unpleasant feeling. In the post-lunch session a bearded man clad in salwar kameez entered the field and went straight up to Kapil Dev, abusing him for being in Pakistan."

"After this exchange with Kapil, the intruder then went over to mid-off, where Manoj Prabhakar, our top fast bowler on the tour, was fielding. He abused Prabhakar before moving on to skipper Srikkanth - and with Srikkanth he got physical.

"I was fielding at point and I was scared I would be next and was ready to run to safe confines of the dressing room if the intruder came towards me. The truth is it was much more than a cricket match that was being played between the two teams." 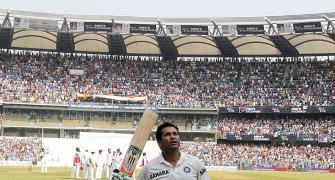 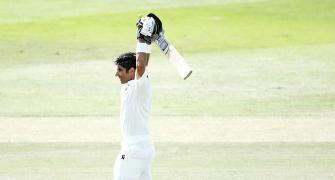 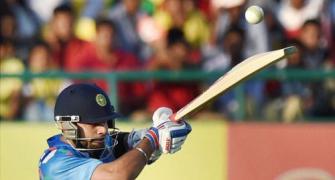 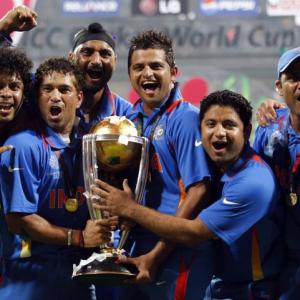 'Misbah is our best option to handle this Pakistan team'