The Board of Control for Cricket in India will have to come under the ambit of Right to Information Act if it wants to use 'India' as its national team's name, Justice Mukul Mudgal, who headed the committee constituted to draft the Sports Development Bill 2013, said on Monday.

Justice Mudgal said that all the sports bodies, including the BCCI, will have to come under the RTI once the Bill is passed by the Parliament.

"RTI will apply to all sports bodies and even cricket will come under it. Apart from a few exemptions like one cannot raise questions regarding why a particular player/coach is selected over another, or the contents of a player's contract, medical health and fitness etc, the public is authorised to raise questions," said Justice Mudgal at a media interaction to discuss the contents of the draft Bill.

"If the BCCI refuses to come under the ambit of the RTI then they cannot send the national team under the tag 'India'," said sports expert Boria Mazumdar during the interaction.

Important provisions in the draft Bill include setting up of an Appellate Sports Tribunal and a Sports Election Commission, barring of charge-sheeted persons under the Criminal Procedure Code (section 228) from contesting elections.

The draft Bill also provides for the constitution of an Athletes Commission and NOC/NSFs functioning as a public authority under the RTI and submission of report to the Parliament; setting up of an Ethics Commission which will enforce a Code of Ethics in accordance with the International Olympic Committee's code and principles, enshrined in the Constitution of India. 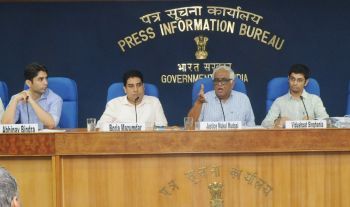 "The draft Bill talks about setting up of an Athletes Commission with the provision that the athletes be included in the decision making process of executive body. The total strength of the athletes in the executive body shall not be less than 25 per cent of the voting rights," said Bindra.

Mudgal and Boria insisted that with an intention of rooting out corruption from sports, a clause has been included in the draft Bill wherein anybody who has been charge-sheeted will not be able contest in the elections of a NSF.

"Any tainted person will not be allowed to be a part of any NSF," said Boria.

According to the draft Bill, the representation of either gender should not be less than 10 per cent of the membership in the General Body.

All cases where the NOC/NSF are parties will, with the leave of the Supreme Court or the High Court as the case may be, be transferred to the Appellate Sports Tribunal.

An Athletes Commission has been proposed to be set up in each NOC/NSF within six months of promulgation of this Act; the Athletes Commission shall also advise the NOC/NSF on development of the sport, training and competition schedules, athletes grievances, selection and technical criteria, logistics and administration support amongst others.

The draft Bill also incorporates the controversial age and tenure guidelines under which all office bearers of the Indian Olympic Association and the NSFs will retire at the age of 70. A person who has served as an officer bearer on the executive body of a NSF/NOC for two consecutive terms will be ineligible to stand for election.

The Sports Election Commission has been proposed in the Bill to conduct free and fair elections to the National Olympic Committee, National Sport Federations and the Athletes Commission.

"A copy of the draft has been sent to the International Olympic Committee (IOC) for its comments, following an agreement between Indian officials and the IOC in their May 15 meeting in Lausanne. After that we would introduce it to the cabinet and I am confident of this bill getting a clearance," said Sports secretary P K Deb.

Source: PTI© Copyright 2021 PTI. All rights reserved. Republication or redistribution of PTI content, including by framing or similar means, is expressly prohibited without the prior written consent.
Related News: The Board of Control for Cricket in India, Appellate Sports Tribunal, Parliament, Athletes Commission, P K Deb
COMMENT
Print this article 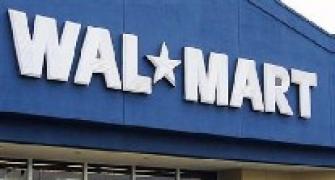 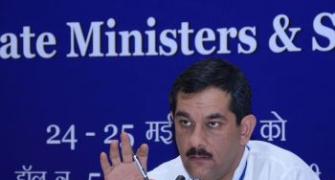 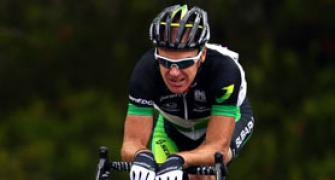 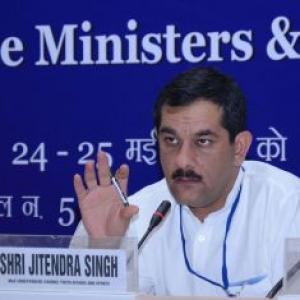