The day belonged to India off-spinner Ravichandran Ashwin, who underlined his status as the World No. 1 Test bowler as he destroyed the West Indies batting line-up, on Day 1, of the second Test at Kingston, Jamaica, on Saturday.

Ashwin ended with figures of five for 52 -- his second consecutive five-wicket haul against the West Indies following his seven for 83 in the first Test. West Indies were bowled out for a paltry 196 in their first innings before India replied with 126 for one at stumps on the opening day.

He is the first spinner and only the second bowler from India to take five-wicket hauls in consecutive innings against West Indies in the West Indies, after Kapil Dev who took five for 58 at Port-of-Spain followed by six for 84 at Kingston in 1988-89.

Ashwin is the first spinner to take a five-wicket haul at Sabina Park in the last 10 years. And his figures are the fourth best by a spinner in all Tests at this venue.

Check out the detailed statistical analysis of Ashwin's feat on Day 1: 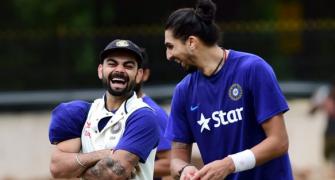 'If the captain decides to enforce follow-on, we've to be ready' 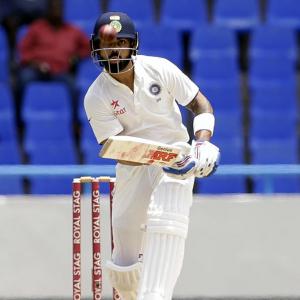 R Ashwin on the surprises pulled off by the West Indies