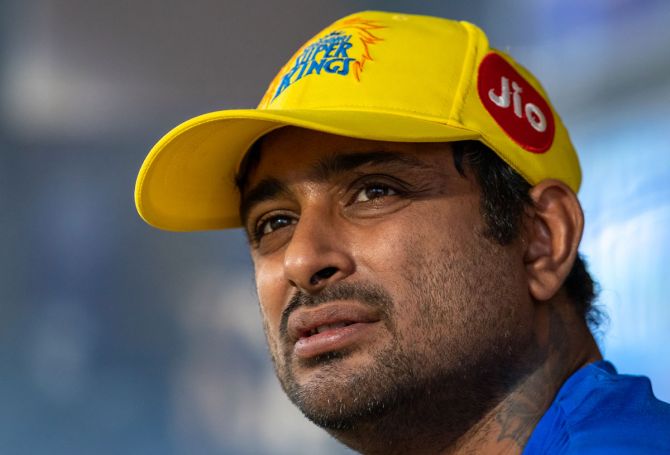 IMAGE: Chennai Super Kings' Ambati Rayudu announced his retirement from IPL at the end of the season on Twitter before going on to delete the tweet. Photograph: BCCI

The unrest in Chennai Super Kings camp once again came to the forefront after senior batter Ambati Rayudu announced his retirement from IPL at the end of the season on social media, only to backtrack within an hour after being talked out of it by the team management on Saturday.

CSK are already out of play-offs race with couple of matches left but already former skipper Ravindra Jadeja has gone home with a 'bruised rib' but not before adding fuel to the speculations that he has had a fall-out with management after being told to relinquish captaincy.

"I am happy to announce that this will be my last ipl. I have had a wonderful time playing it and being a part of 2 great teams for 13 years. Would love to sincerely thank Mumbai Indians and Csk for the wonderful journey," Rayudu tweeted.

But within an hour, the post was deleted as CSK owners and team management were completely caught unawares about Rayudu's decision which also raised questions about the communication channel in one of the most successful teams in IPL history.

"I can confirm that Ambati Rayudu is not retiring from IPL. Yes, he did tweet about it. May be it was in an emotional state he tweeted. He has been spoken to and subsequently deleted the tweet," CSK CEO Kasi Viswanathan said.

It is not the first time Rayudu made U-turn from retirement decision. He made news following his "3D" tweet aimed at India selector MSK Prasad in the backdrop of his exclusion from the 2019 ODI World Cup squad.

Subsequently, Rayudu retired from international cricket in July the same year only to overturn his decision.

During his over-decade IPL career, Rayudu represented two franchises. He was first picked up by Mumbai Indians in 2010 after being granted amensty by BCCI to return to the main fold following his stint in the de-recognised Indian Cricket League in 2007 and stayed there till 2017.

The Hyderabad middle-order batter also is the 10th Indian to reach the milestone of 4000 runs in IPL.

In IPL 2022, Rayudu has scored 271 runs at a strike-rate of 124 but has often been seen struggling for fitness on the ground.

In the last IPL in the UAE, Rayudu scored 257 runs from 13 innings with a tournament-best of 72 not out. He wasn't retained by CSK but later the four-time champions successfully picked his up for Rs 6.75 crore at the IPL mega auction.

Rayudu played 55 ODIs and six T20Is for India, accumulating 1694 and 42 runs respectively. His best score in ODIs is 124 not out against Zimbabwe at the Harare Sports Club in 2015. 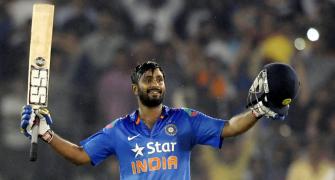 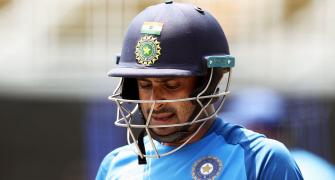 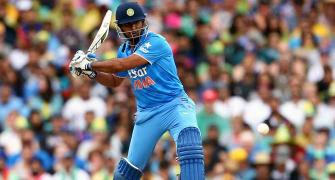 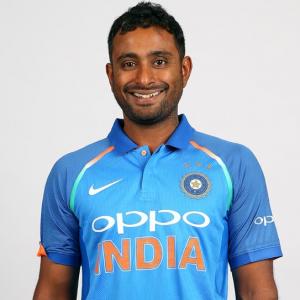