Kolkata: Former India captain Sourav Ganguly and Wriddhiman Saha hit unbeaten centuries to take Bengal out of the rut after a top order collapse against Delhi on the opening day in their Ranji Trophy Super League encounter at the Jadavpur University ground in Salt Lake on Tuesday.

Ganguly was unbeaten on 110 while wicketkeeper-batsman Saha gave him fine support at the other end, remaining not out on 106.

The duo shared an unbroken fifth-wicket stand of 222, as Bengal finished the day with 265 for 4.

Electing to bat in the last round Group B match, Bengal had a miserable first session, losing four wickets for 43, as Delhi medium-pacer Parvinder Awana scalped two.

But, from there on, Delhi's bowlers found the going tough as Ganguly shared a fluent partnership with Saha.

It was vintage Ganguly, as he hit two sixes and 11 boundaries in his unbeaten knock that came off 158 balls.

Saha was at his defiant best at the other end and played the perfect foil to Ganguly. He hit 16 boundaries in his 206-ball knock.

Earlier, Pradeep Sangwan gave Delhi the first breakthrough when Arindam Das (4) edged one to Puneet Bisht at team's score of 10.

Ishant Sharma evicted Rohan Banerjee (5) in similar fashion and Bengal were 12 for two in 7.2 overs.

Awana castled Dibyendu Chakraborty (18) and Manoj Tiwary (8) to have Bengal in trouble before the duo of Ganguly and Saha scripted a turnaround.

Delhi need at least three points (a first innings lead) to make the quarter-finals, while one point will suffice for Bengal to avoid a probable relegation threat.

While Marathe, who batted for over six hours, played a sedate knock and anchored Mumbai's innings, Sharma stamped his authority on the bowlers en route to an almost run-a-ball century.

Marathe was unbeaten on 105 (268 deliveries, 14 fours), while Sharma was not out on a cracking 145 from just 152 deliveries, having hit 20 boundaries and three sixes, when stumps were drawn for the day.

Earlier, electing to bowl first, Gujarat began on the right note as pacer Ishwar Choudhary got rid opener Sahil Kukreja (4) off the sixth ball of the match.

However, Gujarat dismissed the in-form Rahane and Wasim Jaffer (23) in the space of seven overs to put the hosts in some early trouble at 131 for 3.

But Marathe and Sharma put on 221 runs for the fourth wicket in 46 overs allowing the hosts, who need only a draw to qualify for the quarter-finals to take control.

Choudhary, who disturbed the timber of Kukreja and Jaffer, was the pick of the bowlers for Gujarat with figures of 2-66. Pacer T Brahmbhatt chipped in with the wicket of Jaffer.

Mumbai 1st innings:
S Kukreja b Choudhary 4
S Marathe not out 105
A Rahane b Brahmbhatt 56
W Jaffer b Choudhary 23
R Sharma not out 145

Hyderabad: Hyderabad rode on Ambati Rayudu's 106 to amass 269 for four against Tamil Nadu on the opening day of their Ranji Trophy Super League Group A match at the Rajiv Gandhi stadium.

Put in to bat, Hyderabad had a shaky start as they lost opener P Shashank Nag to the first ball of the day, and eight overs later Abhinav Kumar was also sent back into the hut as the hosts were reduced to 31 for two in 8.1 overs.

But Rayudu and Anirudh Singh (75) stemmed the rot and batted superbly to forge a crucial 166-run partnership for the third wicket in 48.4 overs and rescue the hosts before the latter was dismissed by Aushik Srinivas.

Six balls later Anirudh returned to the pavilion after being trapped leg before wicket by R Ashwin.

For Tamil Nadu, C Ganapathy, A Mukund and R Ashwin and Srinivas scalped a wicket each.

Karnataka bowl out Saurashtra for 216

Rajkot: Sreesanth Aravind wrecked the Saurashtra middle order with a four-wicket haul as Karnataka bowled out the hosts for 216 and then reached 80 for two on day one of their Ranji Trophy Super League Group B match on Tuesday.

G Satish (45) and Udit Patel (6) were unbeaten at stumps with Karnataka trailing Saurashtra by 136 runs with eight wickets remaining in their first innings.

Saurashtra captain Jaydev Shah opted to bat first after winning the toss but the home side never got the start it was looking for.

New ball colleagues Abhimanyu Mithun (two for 46) and Aravind (four for 84) mowed down the top order and then Stuart Binny (two for 20), son of former India all-rounder Roger, caught Saurashtra run-machine Cheteshwar Pujara (8) off his own bowling to deal a body blow as the hosts slumped to 77 for five.

Pratik Mehta (48) and Sandeep Jobanputra (53 not out) stemmed the rot with gritty cameos and it was because of Jobanputra's 89-ball knock that Saurashtra crossed the 200-run mark.

New Delhi: Opener Faiz Fazal hit a blistering 88-ball 87 and starred in a century opening stand before Punjab spinner Rahul Sharma threw in the spanner with his five-wicket haul to restrict Railways to 191 for six on the opening day of the Ranji Trophy Super League Group A match.

Needing nothing less than a win to stay afloat in the tournament, Railways captain Murali Kartik elected to bat first and had reasons to feel vindicated as Fazal and V Cheluvaraj (18) added 103 runs inside 19 overs.

Rohit then spun a web round the Railways batsmen and the 23-year-old removed Cheluvaraj in the 19th over and Fazal in the 29th to unhinge the home side which could not cash in on the solid start and finished the day at 191 for six with M Suresh (31) and Karan Sharma (4) in the middle.

Sarabjit Ladda removed the in-form TP Singh (6) in the 36th over and Rohit then returned to deal a double blow, accounting for Sanjay Bangar (17) and Yere Goud (0) in the same over.

The spinner got the better of Harshad Rawle (17) to complete his five-wicket haul giving away 58 runs in 19 overs. 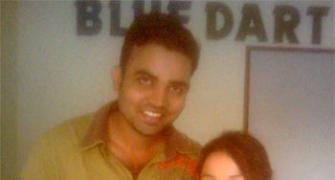 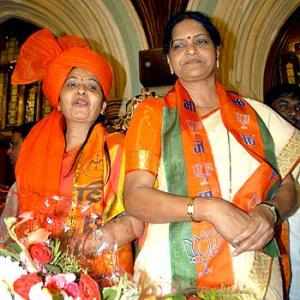