Kolkata: The iconic Eden Gardens' inadequate drainage system once again came to the fore when the fourth and final day's proceedings in the Ranji Trophy Group A match between Mumbai and Bengal on Wednesday was called off because of a wet outfield despite having no rain through the day.

There was light drizzle in the night but it was enough to render the conditions unplayable as Bengal were happy to pocket one point after being asked to follow on by Mumbai who got three points. 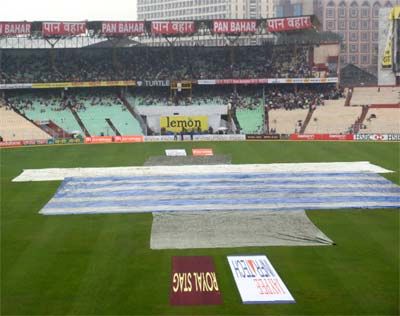 There were five inspections through the day and match referee Sunil Chaturvedi took the final call at 1.30pm local time to call off the match.

Bengal would consider themselves lucky to survive as they reached 129 for no loss in their second innings after being asked to follow, still needing 75 runs to avoid the innings defeat.

Mumbai are second in Group A with 10 points from four matches behind Karnataka, while Bengal have just four points.

Admitting that their bowlers could not capitalise after winning the toss, Bengal skipper Laxmi Ratan Shukla said full credit should go to Mumbai batsmen.

"We're never in the match for two in half days so we conceded the lead. We have to be more determined while batting as getting a first innings lead is very crucial," Shukla said.

Shreyas Iyer, who scored a magnificent 153 in Mumbai's first innings total of 414, was adjudged man of the match.

New Delhi: Left-arm spinner Varun Sood claimed a 10-wicket match haul as Delhi crushed Gujarat by an innings and 109 runs on the fourth and final day of their Ranji Trophy Group B match.

Having registered their third outright win in as many games and their second with a bonus point, Delhi have managed to collect 20 points and are top of Group B.

In reply to Delhi's first innings total of 425 for six declared, Gujarat were all out for 150 in their first essay.

Following-on, the visitors were struggling at 152 for seven at the close of play on Day 3, with a deficit of 123 runs.

Gujarat were off to a horror start and could add only 14 runs to their overnight total before being dismissed for 166 in just 5.4 overs.

Shivam Sharma took two of the three wickets to fall in the morning session, dismissing the overnight pair of Jesal Karia (37) and Pranjal Sutaria (8) within the space of four balls.

In the next over, Sood saw off Kushang Patel (4) to seal of the match in Delhi's favour in no time at all.

Lahli: Odisha lost a couple of early wickets before Biplab Samantray guided them to a convincing seven-wicket victory against Haryana in their Ranji Trophy Group B match.

Resuming the day at eight for one after being set 39 for victory, Odisha were rocked early as Haryana pacer Mohit Sharma took two wickets in the first over of the fourth and final day.

Mohit dismissed opener Girjia Rout for a duck off the first ball of the day and a few balls later dismissed Odisha captain Abhilash Mallick.

The pair of Govinda Podder (13 not out) and Samantray (26 not out) took Odisha to victory in the 14th over. 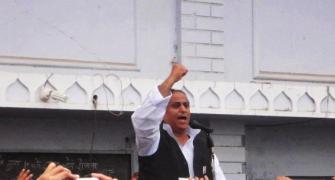 Build a Godse temple in every district in India, quips Azam Khan 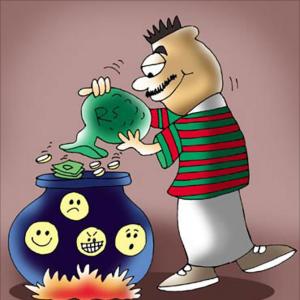 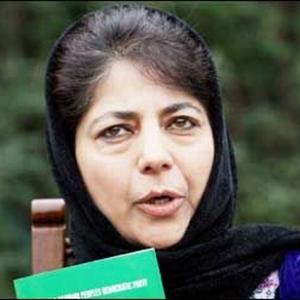