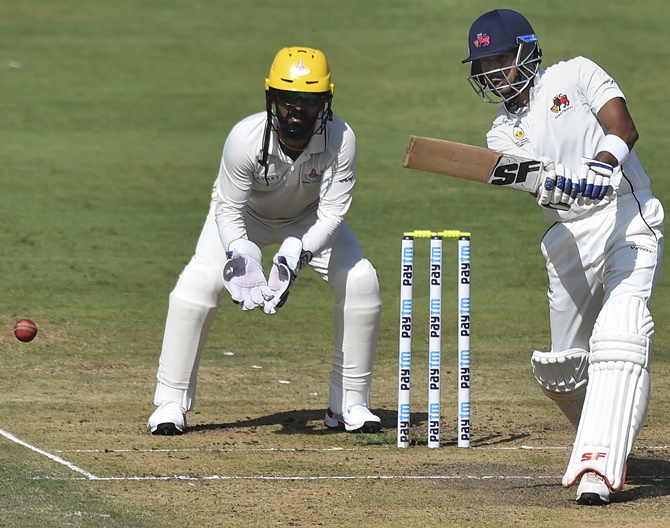 Cheteshwar Pujara on Saturday joined a select group of cricketing greats by smashing his 50th first-class century during Saurashtra's Ranji Trophy group B match against Karnataka, in Rajkot.

Pujara warmed up nicely for the upcoming Test series in New Zealand with stylish 162 off 238 balls that had 17 fours and a six.

The 31-year-old Pujara, who has 18 Test centuries to his credit, is fourth on the list of active players with most first-class centuries behind former England skipper Alastair Cook (65), former South Africa captain Hashim Amla (52) and India's domestic cricket giant Wasim Jaffer (57).

Among current active Test players, the nearest contender to Pujara is Australia's Steve Smith, who has 42 first-class centuries while his India team-mates Virat Kohli (34) and Ajinkya Rahane (32) are much behind.

Shams Mulani (87) and Aditya Tare (69, batting) raised a 155-run partnership with fighting half-centuries to help Mumbai finish the opening day of their Ranji Trophy Group 'B' match against Tamil Nadu at 284 for six, Chennai.

Electing to bat after winning the toss, the visitors were in a spot of bother as lanky left-arm spinner R Sai Kishore (3/77) and ace off-spinner Ravichandran Ashwin (3/58) struck at regular intervals to leave them five down.

Baba Aparajith-led Tamil Nadu as Vijay Shankar was drafted into the India 'A' team for the New Zealand tour and left to join the squad.

Kishore got into the act first and picked up the first three wickets in the opening session. Ashwin was wicket-less till the lunch break but made his presence felt after the break, dismissing debutant Hardik Tamore (21) and Sarfaraz Khan (36).

Khan hit two towering sixes off Kishore but miscued a cut off Ashwin to be caught by Aparajith.

Earlier, Mumbai got off to a solid start as Jay Bista made a fluent 41 and put on 50 runs for the opening wicket with debutant Bhupen Lalwani (21).

Bista looked good for more before Kishore got one to go in between bat and pad to disturb the stumps.

Kishore kept bowling a tight line and length and got the wickets of Lalwani and Mumbai's crisis-man Siddhesh Lad (0), caught brilliantly by Aparajith in the slips.

Mulani displayed his full range of strokes and played a few attractive hooks and pulls as the host bowlers ran out of ideas.

However, Ashwin struck against the run of play, dismissing Mulani, caught by Aparajith in the slips off the penultimate ball of the day.

Mulani later told reporters that the pitch was on the slower side.

"I was a little patient. Just tried to play to my strengths," he said about his approach today.

Sai Kishore admitted that the team's bowlers could have bowled a lot more tight lines and lengths in the second and third sessions when Mulani and Tare got going.

Off-break bowler Akshay Wakhare and slow left-arm orthodox Aditya Sarvate were deadly on a spinner-friendly track as defending champions Vidarbha bowled out Bengal for a paltry 170 here on the first day of a Ranji Trophy group A encounter.

At stumps, Vidarbha were 89 for 3 with skipper Faiz Fazal (51) being dismissed off the final delivery of the day by off-spinner Arnab Nandi. The nature of the pitch is an indicator that the match is likely to end inside three days.

Barring former skipper Manoj Tiwary (48) and the injured Ritwick Roy Chowdhury (27), none of other Bengal players were able to cross 20-run mark.

Wakhare (5/56 in 19 overs) and Sarvate (4/53 in 20 overs) made life miserable on a track where there was turn. Such was there dominance that team's biggest star Umesh Yadav (1/19) bowled only six overs in two spells.

Tiwary's brief innings with five boundaries was a lesson on how to counter on a vicious turner. He looked good for a half-century but tried to cut Wakhare against the turn and was bowled in the process.

It was yet another failure for Bengal captain Abhimanyu Easwaran (18), who is apparently slipped down the pecking order as far as being in the national reckoning is concerned. He was caught at forward short leg trying a defensive shot against Wakhare.

Easwaran's scores in this edition of Ranji Trophy are --- 4, 15 no, 6, 13 no, 42 and 18 and he has done his case no good with KL Rahul and Shubman Gill way ahead of him in contention for the reserve opener's slot. 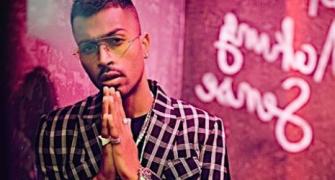 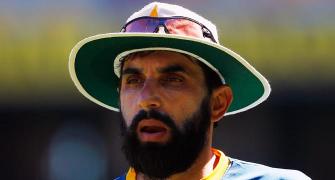 Why four-day Tests will increase injury risk for pacers 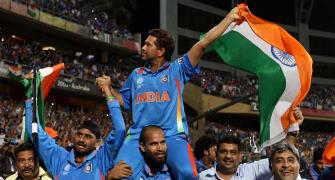