A ruthless India demolished Ireland by 143 runs to clinch the series 2-0 as spinners yet again tormented the hosts after authoritative batting show by the visiting batsmen in the second and final Twenty20 International, in Dublin, on Friday.

India posted a massive 213 for four after being put into bat before they bundled out the hosts for a lowly 70 in 12.3 overs. 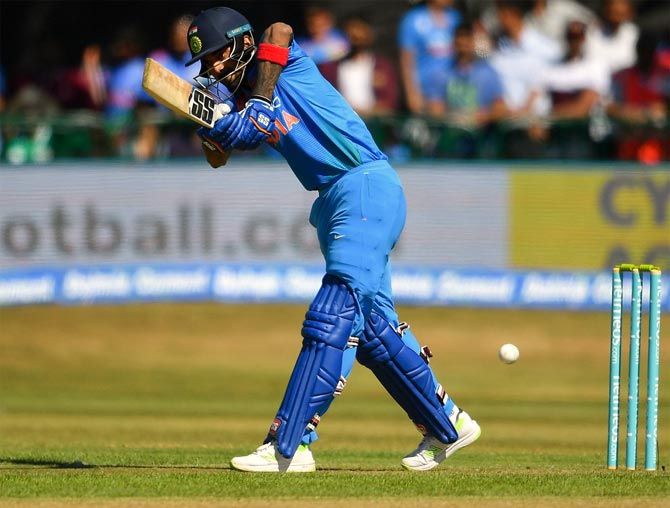 It is also the lowest total against India in T20I cricket, with Ireland sinking lower than England's 80 at Colombo in 2012.

Ireland's run chase never got off the blocks. Unlike in the previous game, they couldn't comprehend the raw pace of Umesh Yadav (2-19) and Siddarth Kaul (1-4).

India's new pace duo reduced the opposition to 22 for three within the fourth over, with Umesh removing Ireland's experienced pairing of Paul Stirling (0) and William Porterfield (14) in successive overs. Barring the odd hiccup, it was another dominant display by the Indian batsmen, as Rahul (70) and Raina (69) toyed with the Irish bowling to put on 106 runs off 57 balls for the second wicket.

This was after the hosts won the toss and opted to field again. They made one change, and brought in the experienced William Porterfield.

India opted for permutations in their batting order. Skipper Virat Kohli (9), out for a duck in the first game, opened the innings with Rahul.

Again, though, he fell cheaply, out caught off a skier at fine leg as George Dockrell held on impressively.

Rahul then took centre-stage and smacked the Irish bowling to all parts of the ground. He hit three fours and four long sixes during his 36-ball stay, replicating his purple-rich form of the 2018 Indian Premier League season. IMAGE: Suresh Raina steps out and sends one over the fence. Photograph: Kind courtesy, Cricket Ireland/Twitter

He brought up his fourth  T20I half-century off 28 balls and then accelerated further thereafter as India crossed the 100-mark in the 10th over and looked comfortably set for another 200-plus total.

However, just as Rahul was approaching his century, he played a habitual false stroke and was dismissed.

Kevin O'Brien (3-40) was the partnership breaker for Ireland, striking off his first delivery in the 13th over, accepting a simple return catch. It became a double-blow as Rohit Sharma (0) was caught at backward point two balls later, a shot that can be described lazy at best.

It deprived Dinesh Karthik of an opportunity to bat, but, more importantly, the two wickets also sucked out momentum off the Indian innings.

Raina, though, countered with some attacking strokes and brought up his fifth T20I half-century off 34 balls.

Overall, he hit five fours and three sixes and lifted India in the latter half of the innings, adding 41 runs with Manish Pandey (21 not out off 20 balls) for the fourth wicket.

He also fell to O'Brien, becoming his third victim on the day as India were placed at 169-4 in the 18th over.

Hardik Pandya (32 not out) had other plans though, and played a 9-ball blitzkrieg knock, which included four towering sixes at the small Malahide Cricket Club ground.

Thanks to his efforts, wherein O'Brien's final over of the Indian innings was taken for 21 runs, India managed to surpass their total from Wednesday.
Source: PTI© Copyright 2020 PTI. All rights reserved. Republication or redistribution of PTI content, including by framing or similar means, is expressly prohibited without the prior written consent.
Related News: Suresh Raina, T20I, India, Kevin O, IMAGE
SHARE THIS STORYCOMMENT
Print this article 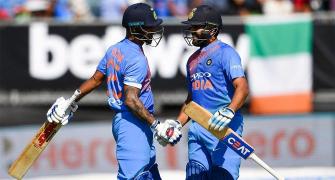 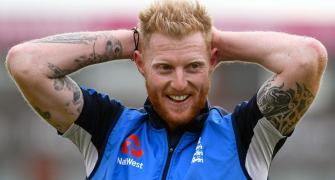 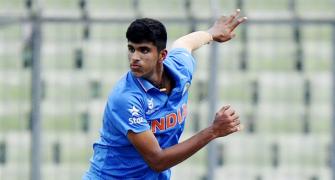 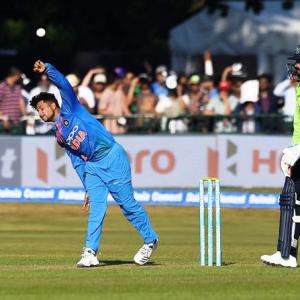