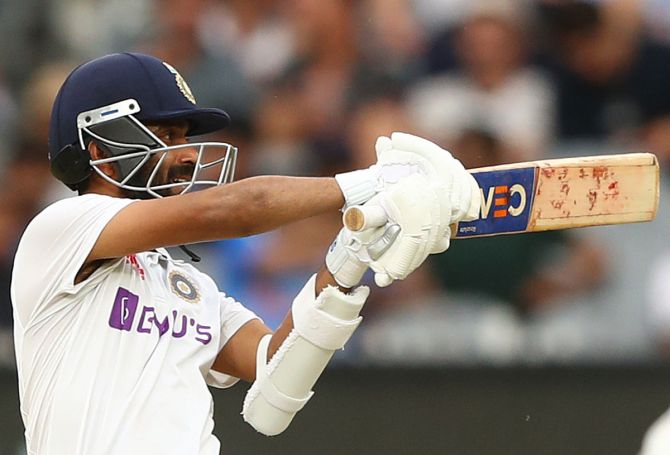 IMAGE: Ajinkya Rahane's performance on the second day of the Boxing Day Test in Melbourne was a soothing balm for the tourists. Photograph: Robert Cianflone/Getty Images

Ajinkya Rahane defied the weight of the India captaincy and scored arguably the most important century of his international career against Australia on Sunday, with his unbeaten knock of 104 drawing praise from regular skipper Virat Kohli.

Rahane's performance on the second day of the Boxing Day Test in Melbourne was a soothing balm for the tourists, who are still smarting from their thrashing inside three days in the opener in Adelaide where they registered their lowest innings total of 36.

"Another great day for us. Proper Test cricket at its best. Absolutely top knock from Jinks," tweeted Kohli.

With Kohli leaving the wreckage of the Adelaide Test behind him as he returned to India for the birth of his first child, Rahane was left to pick up the pieces at the Melbourne Cricket Ground and responded in emphatic style.

In addition to his cultured batting on Sunday, Rahane's deployment of the leg-slip position to dismiss three home batsmen on Saturday impressed pundits, including former Australia captain Ricky Ponting.

Looking to shake things up after Adelaide, Rahane made four changes for the second test and his picks have already made significant contributions in the first two days.

Rahane helped consolidate India's position by adding 57 runs with the recalled Rishabh Pant and took India past Australia's first innings score of 195 with his burgeoning century-plus partnership with Ravindra Jadeja.

Rahane was dropped twice in his knock, which brought up his 12th Test century, but it was still an education for Gill.

"This knock was all about patience," the 21-year-old said.

"When you play such high-quality bowling attack, you sometimes go into a shell and you are not able to score."

"The way he played, it was such a magnificent knock to watch."

© Copyright 2022 Reuters Limited. All rights reserved. Republication or redistribution of Reuters content, including by framing or similar means, is expressly prohibited without the prior written consent of Reuters. Reuters shall not be liable for any errors or delays in the content, or for any actions taken in reliance thereon.
Related News: Ajinkya Rahane, Kohli, India, Australia, Melbourne
COMMENT
Print this article 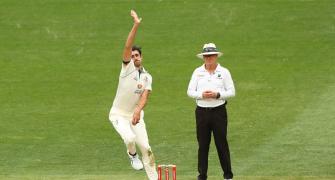 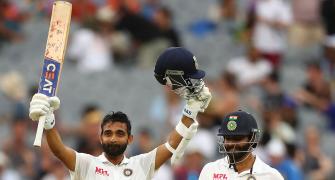 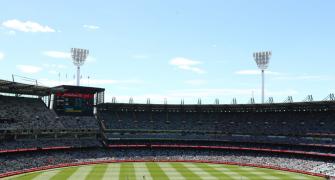 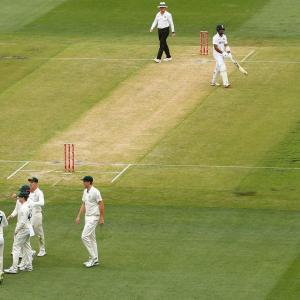 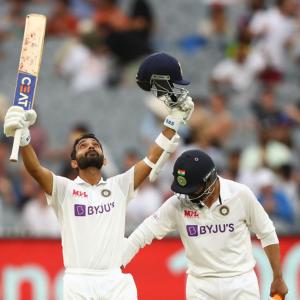