Pujara hits 306 as India 'A' push for victory over Windies 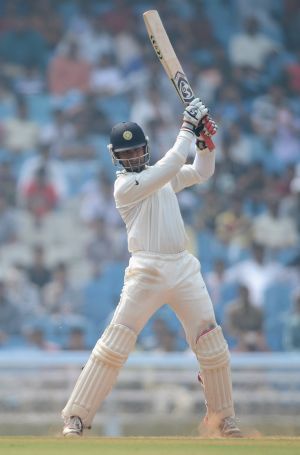 Skipper Cheteshwar Pujara scored his third triple hundred in first-class cricket as India gained a stranglehold over the West Indies ‘A’ in the third unofficial 'Test' in Hubli n Friday.

The Saurashtra batsman registered an unbeaten 306 as the home side declared their first innings at 564 for 9, just at the stroke of tea, in reply to the West Indies’ 268, to take a 296-run lead.

At stumps on Day 3, the Indians had reduced the visitors to 116 for three in their second innings.

Right-arm medium fast Ishwar Pandey claimed the prized wicket of Kraigg Brathwaite, leg before, for 21. The right-hand batsman had been a thorn in the flesh for the hosts with two half centuries and a century in the series.

Narsingh Deonaraine and Assad Fudadin were batting on 44 and 36, respectively, when stumps were drawn for the day. The duo had put on an unbeaten 59 runs for the fourth wicket.

With just a day left in the match, India will look to push for victory by making best use of morning conditions on Saturday, the final day.

Pujara, who became only the second Indian after Ravindra Jadeja to score three triple hundreds, will hope Zaheer, Abhishek Nayar and Kulkarni come good and help his side level the three-match series 1-1.

Friday, though, belonged to Pujara, who displayed an innings of discipline and character to tilt the match in India's way.

Having scored 302 and 352 against Orissa and Karnataka in first-class matches, he sweated it out for nearly 10 hours in the middle for his third triple hundred.

Unbeaten overnight on 139, he accelerated the run-rate after

Abhishek Nayar (11) and Paras Dogra (7) were packed off by medium-pacer Assad Fudadin and left-arm orthodox spinner Nikita Miller, respectively, earlier in the day.

The skipper played some delightful shots as he smashed 33 boundaries while adding 177 runs to his overnight score. He reached his triple ton when he cover drove a boundary off left-hand medium fast Delorn Johnson for an exquisite boundary after facing 410 balls.

Pujara, who also has the distinction of scoring three triple-hundreds within a month of domestic first-class cricket, saw wickets tumbling at the other end with contributions of 26, 6 and 19 coming from the bats of Uday Kaul, Dhawal Kulkarni and Zaheer Khan.

Unlike the Indian bowlers, especially Abhishek Nayar and Dhawal Kulkarni, the West Indies bowlers failed to swing the ball.

Nevertheless, Ashley Nurse was their leading wicket-taker with figures of three for 106, while Nikita Miller and Narsingh Deonaraine took two wickets each.

V A Jagadeesh b D Johnson 16

Cheteshwar Pujara not out 306

Ishwar Pandey not out 0

Narsingh Deonarine not out 44 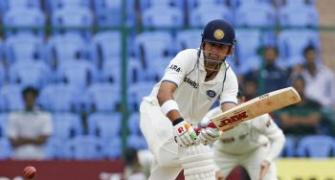 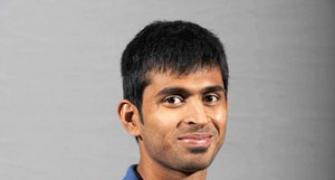 Zaheer struggles in comeback, India 'A' vs WI 'A' match ends in draw 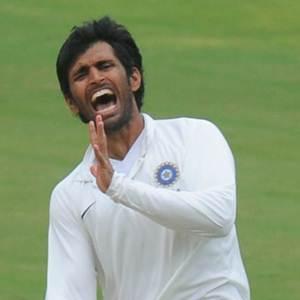