- Virat Kohli became only the fifth player overall to score a century in One-Day Internationals against all nine Test playing nations. Ricky Ponting, Herschelle Gibbs, Sachin Tendulkar and Hashim Amla are the other players to achieved the feat. Rajneesh Gupta presents the interesting numbers from the fourth ODI between India and South Africa in Chennai, on Thursday. 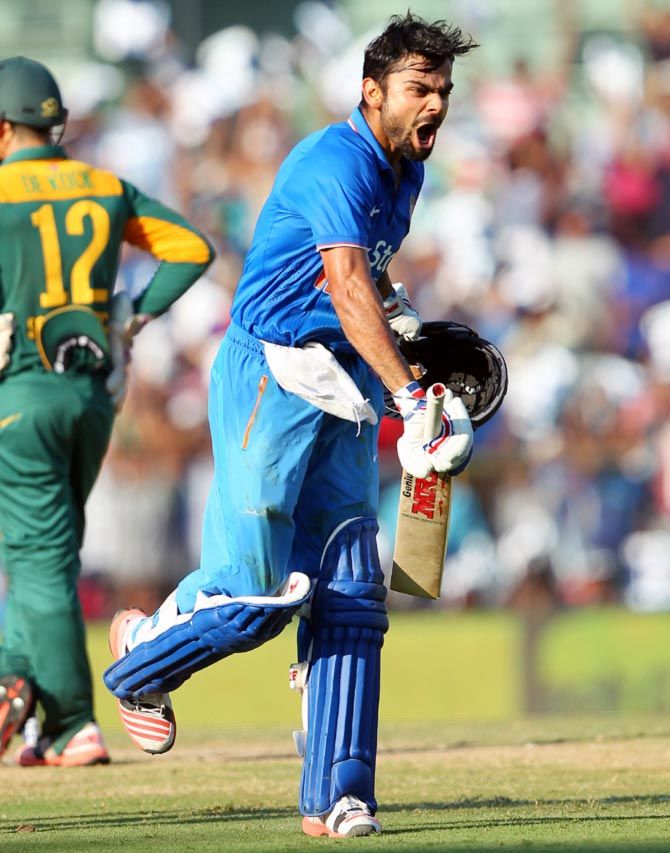 Virat Kohli struck his first one-day international century since the World Cup in February to lead India to a series-levelling 35-run victory over South Africa in Chennai on Thursday.

Kohli made a fluent 138, his third-highest knock in 165 ODIs, to steer the hosts to an imposing 299 for eight in the fourth match of the five-game series.

South Africa replied with 264 for nine, AB de Villiers top-scoring with 112 off 107 balls, as India tied the series at 2-2 ahead of the deciding fifth match in Mumbai on Sunday.

Rajneesh Gupta presents some interesting numbers from the fourth ODI.

Please click on the boxes below and check out many interesting numbers!