Shakib Al Hasan has regained the number one spot in the ICC Player Rankings for ODI all-rounders after inspiring Bangladesh to its first bilateral series victory over India on Wednesday.

Bangladesh beat India 2-1 in the three-match ODI series and record their first series win over the subcontinental giants. In the ICC rankings for bowlers, Shakib retained his eighth place ranking while India’s Ravichandran Ashwin has moved up two places into the 10th position.

Ashwin, who claimed six wickets for 118 runs in the Bangladesh series, is now just 12 points behind South Africa’s Morne Morkel.

England’s Steven Finn’s eight wickets for 283 against New Zealand in the closely fought one-day series, has seen him rise by two places to 13th in the bowling rankings. In the batsmen’s ODI rankings, India opener Shikhar Dhawan, who was the leading run-getter in the series (158 runs included scores of 30, 53 and 75), dropped a place to seventh.

Dhawan has a 43-point advantage over his captain Mahendra Singh Dhoni. who is in eighth place in the list.

New Zealand’s Kane Williamson’s productive performance in the ODI series against England) (396 runs in the five matches) saw him move a place up to the sixth spot. 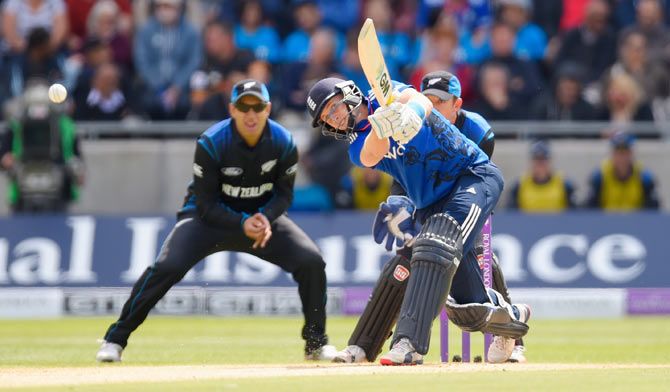 England’s Joe Root scored two centuries and a fifty against New Zealand and the in-form Yorkshireman has now moved up five places to 11th, while teammate Jos Buttler has also recorded a big jump of nine places to 17th after scoring 183 runs in four matches.

However the stand-out performer with the bat for the hosts was inspirational captain Eoin Morgan whose tally of 322 runs in the series (including three half-centuries and a top score of 113 in the fourth ODI), has helped vault him 15 places to 30th.