Marcus Harris, Aaron Finch and Travis Head all made half-centuries but none of them was able to really put their foot down on the gas as India pegged the Australians back on Day 1 of the second Test. Australia doggedly overcame a green-tinged Perth Stadium pitch in fierce heat to wrest back control of the second Test in Perth on Friday after India had threatened to take advantage of some favourable bowling conditions on day one.

The hosts, 1-0 down in the four-match series after losing the opener in Adelaide, reached stumps on 277 for six with captain Tim Paine unbeaten on 16 and Pat Cummins 11 not out.

Marcus Harris, Aaron Finch and Travis Head all made half-centuries but none of them was able to really put their foot down on the gas as India pegged the Australians back on a grassy, drop-in wicket that occasionally played a few tricks. Recalled spin-bowling all-rounder Hanuma Vihari and quick Ishant Sharma claimed two wickets apiece to get the tourists back into the contest after the Australians had won the toss and batted through the first session without losing a wicket.

Harris and Finch put together a 112-run opening partnership before India, playing four seamers with no specialist spinner, separated them when the pitch came roaring to life after lunch.

The Indian tactics of targeting Finch's pads were rewarded when quick Jasprit Bumrah trapped him lbw for 50 with a searing, full delivery in the midst of a probing spell. Usman Khawaja, who made an excruciating five off 38 balls, was the second batsman to fall, rashly cutting Umesh Yadav in a desperate attempt to break the shackles after being tied down by the Indian bowlers.

Harris also departed before the second break to a rising delivery from Vihari, the opener steering the ball to first slip to end his 141-ball knock of 70.

India captain Virat Kohli ensured that India maintained the pressure after tea when he snared a spectacular full-stretched, one-handed catch off Sharma to dismiss Peter Handscomb for seven as Australia crashed to 148-4. 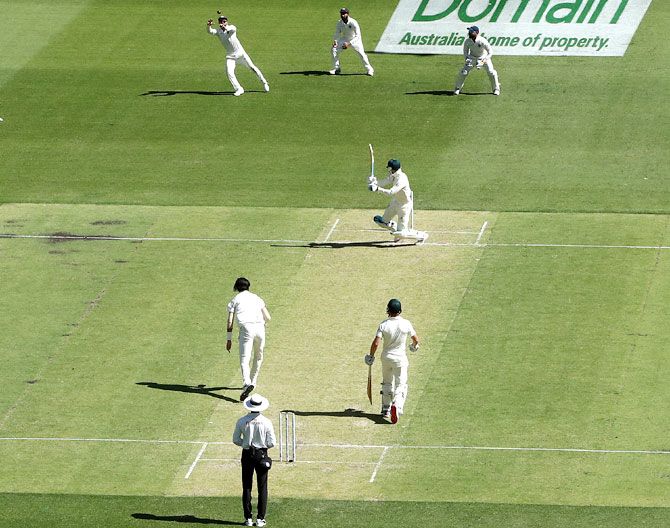 Head and Shaun Marsh watchfully dug Australia out of a hole though, before the latter fell for 45 to a sharp Ajinkya Rahane catch at slip off Vihari. South Australian Head chanced his arm with an 80-ball 58, but needlessly holed out straight after India had taken the second new ball.

"I think when you see the ball seaming off good parts of the wicket, dramatically at times, you need to tighten up but also cash in at other times," said Finch.

"We know their four quicks are world class and that it was going to be a challenge."

Vihari praised India’s fight and said the morning session on day two could shape the match.

"Our plan was to be disciplined and I think we did very well in that aspect after bouncing back in all three sessions," he said.

"I think the first hour tomorrow will be very crucial. If we get them out below 320 then we are right back in the game." 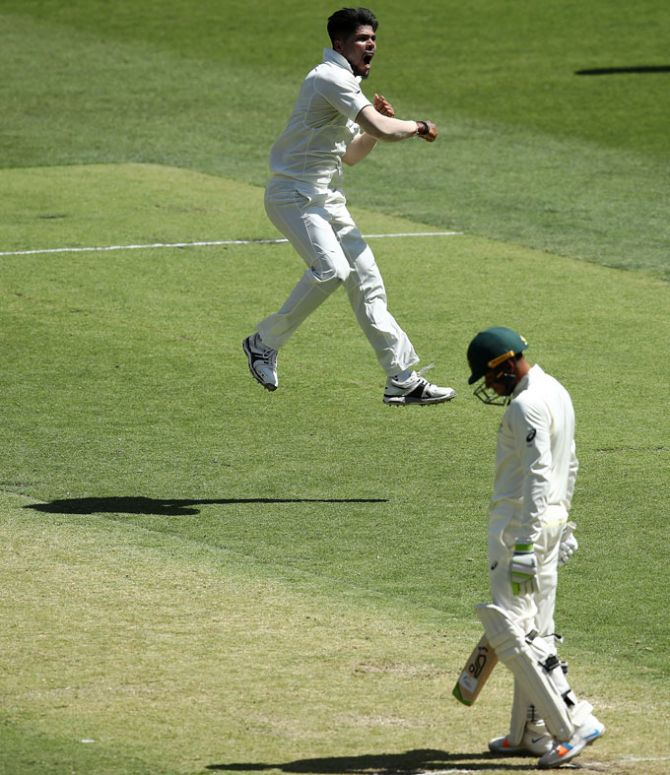 Most of the 20,746 spectators at the new 60,000-seat stadium spent much of the day seeking refuge under the shelter of the stands with the temperature hitting 39 degrees Celsius.

The Test is the first at the ground after a 47-year run at the WACA and Australia will be keen to christen their new home by ending a run of six Tests without a victory against an India side seeking a first series win Down Under. 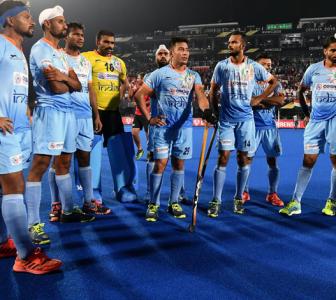 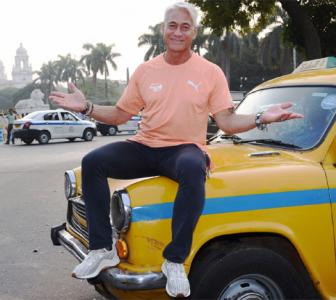 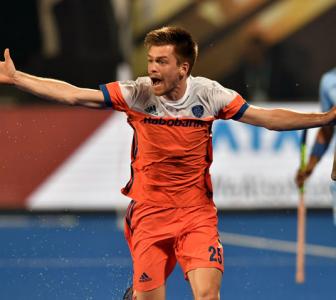 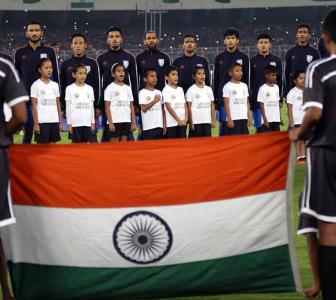 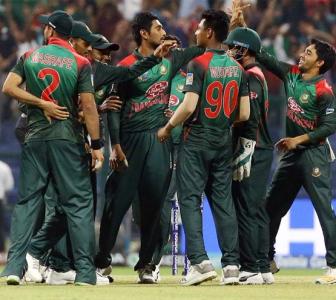 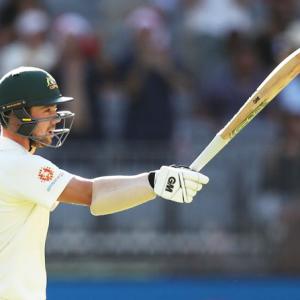 2nd Test: Australia pegged back by India after steady start on Day 1 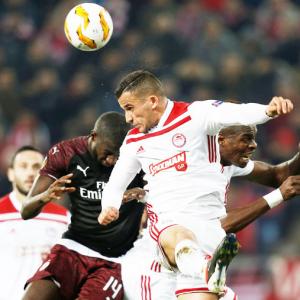