PIX: Ajaz third bowler to claim 10 wickets in an innings 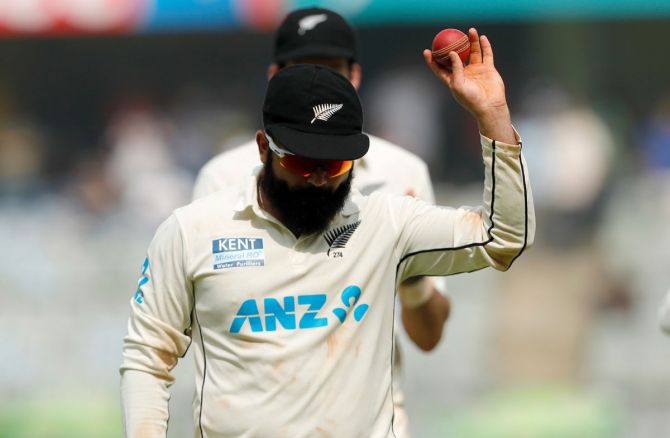 IMAGE: Ajaz Patel celebrates after picking up all 10 wickets in India's first innings, on Day 2 of the second and final Test in Mumbai on Saturday. Photograph: BCCI

New Zealand spinner Ajaz Patel became only the third bowler in Test cricket to take all 10 wickets in an innings, during Day 2 of the second and final Test against India in Mumbai on Saturday.

The 33-year-old joined England off-spinner Jim Laker (1956 against Australia) and India leg-spinner Anil Kumble (1999 against Pakistan) in picking up all wickets in an innings. 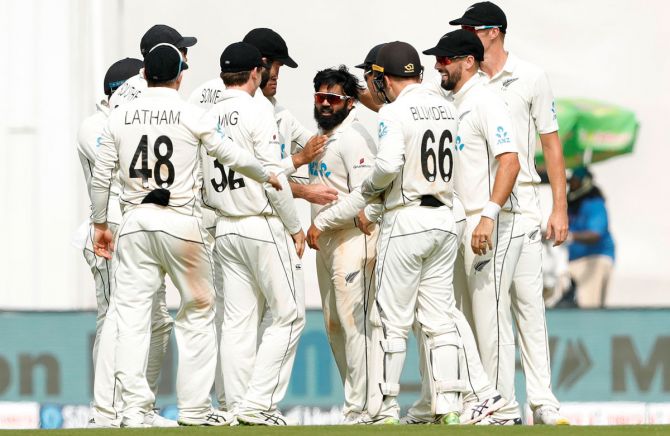 Mumbai-born left-armer Ajaz, whose parents emigrated to New Zealand in 1996, added six wickets to the four he took on the first day on Friday to finish with figures of 10/119. 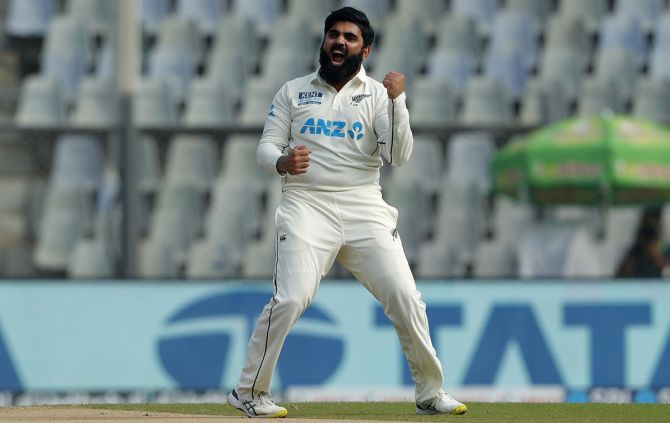 Patel got a standing ovation from the Indian team as the umpires handed him the coveted ball while leading his team off the field.

Incidentally, Patel is the second player after Douglas Jardine, who has played against India in his city of birth.

Mayank Agarwal top-scored with 150 to guide India to 325 in their first innings. 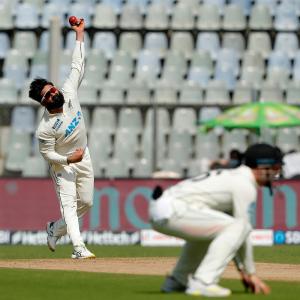 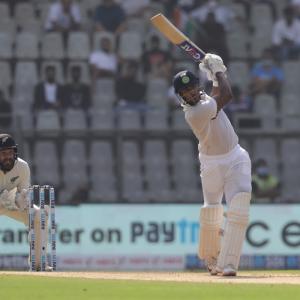