India beat England by 8 wickets at Mohali to take an unassailable 2-0 lead in the 5 Test series. 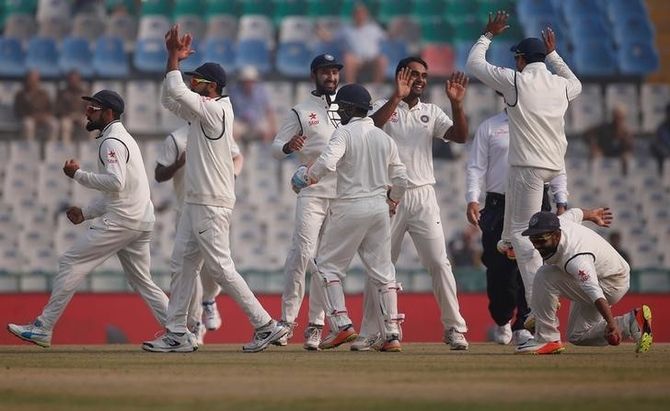 Joe Root's determination and Haseeb Hameed's grit were not enough for England as India won the third Test by 8 wickets in four days to go 2-0 up in the five match series on Tuesday.

Playing his first Test in 8 years, Parthiv Patel smashed an unbeaten 67 off 54 balls as the hosts chased down the 103 run victory target for the loss of Murali Vijay and Cheteshwar Pujara. 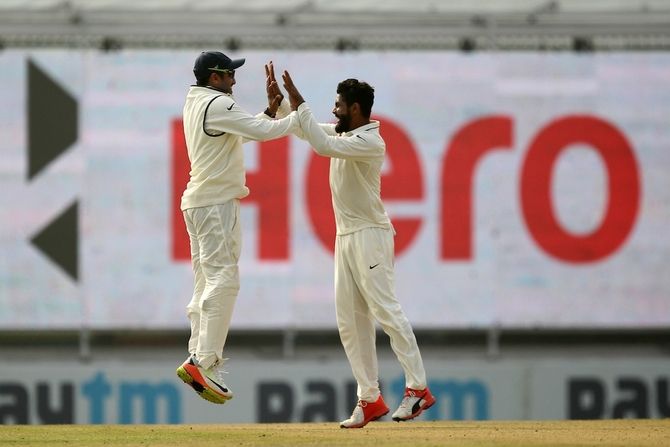 After conceding a 134 run first-innings lead, England had their backs firmly against the wall and Monday's top order collapse left the Englishmen with an impossible task to save the game. 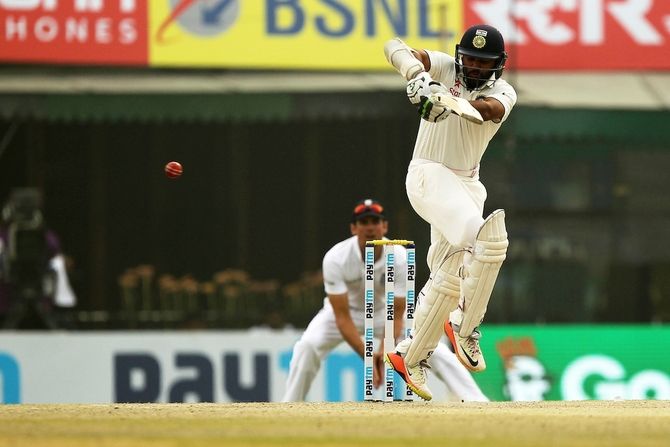 IMAGE: Parthiv Patel hit an impressive 67 not out.

Root's composed 78 helped erased the deficit and an unbeaten 59 by Hameed, batting down the order after breaking his finger, ensured India had a three figure target to chase after bowling out England for 236 in the afternoon session. 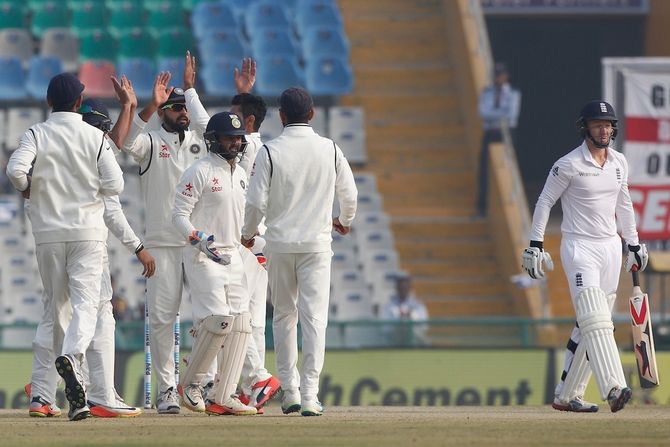 Nightwatchman Gareth Batty failed to trouble the scorers, trapped lbw by Ravindra Jadeja in the second over of the day.

Jos Buttler, arriving at the crease with his team on 78/5, clobbered Jadeja over his head for six and smacked a boundary to bring up England's 100.

But he fell for a run-a-ball 18 trying to hit Jayant Yadav over mid-on, Jadeja taking a stooping catch at mid-wicket. Root survived two leg before appeals in one Jadeja over, but otherwise looked rock solid as he brought up his 25th Test 50 with an elegant boundary, raising his bat in muted celebration.

His brave 179 ball battle ended in a rather soft dismissal when he pushed at a Jadeja delivery and Ajinkya Rahane took a sharp one-handed catch at slip.

Hameed, who is just 19, refused to give up, defying the Indian bowlers with solid defence alongside Chris Woakes who made a fluent 30. 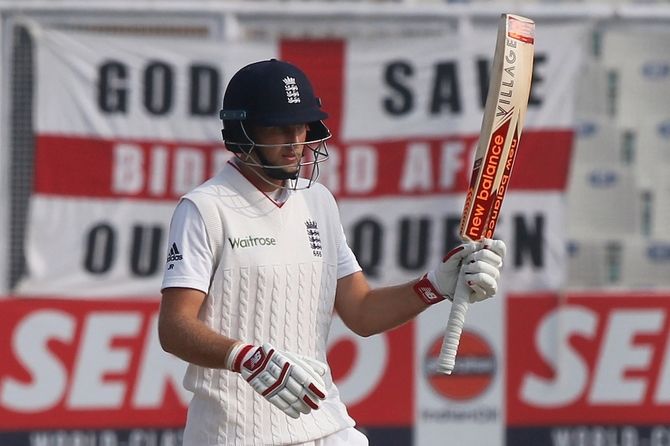 IMAGE: Joe Root hit his 25th half century in Mohali.

Paceman Mohammed Shami then struck twice in an over with the new ball to all but end England's resistance, bouncing out Woakes and inducing Adil Rashid into an awkward pull that was caught on the boundary.

Hameed was unbeaten at the end with James Anderson run out for 5.

The teenager, betraying little signs of discomfort, staved off the Indian bowlers for nearly three hours.

England will expect much from Haseeb Hameed in the years to come.

© Copyright 2021 Reuters Limited. All rights reserved. Republication or redistribution of Reuters content, including by framing or similar means, is expressly prohibited without the prior written consent of Reuters. Reuters shall not be liable for any errors or delays in the content, or for any actions taken in reliance thereon.
Related News: Ravindra Jadeja, Joe Root, IMAGE, England, BCCI
SHARE THIS STORYCOMMENT
Print this article 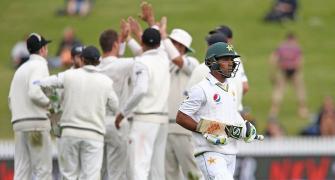 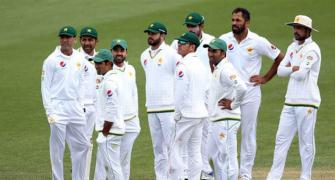 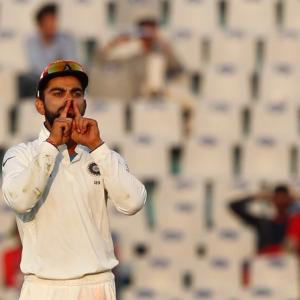 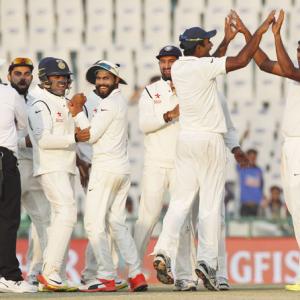