Australia looked on course for a total in the range of 250 in the 40th over before India's spinners took charge.
The Jason Sangha-led side lost its last six wickets for 33 runs and was dismissed in 47.2 overs. 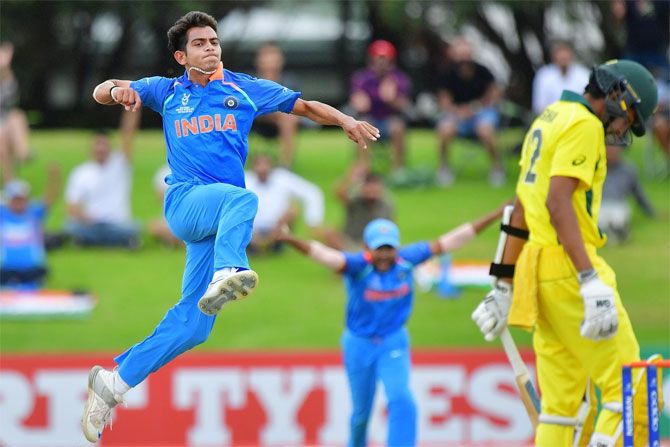 A brilliant hundred by Manjot Kalra and some fine bowling enabled India defeat Australia by 8 wickets and win the Under-19 World Cup in Mount Maunganui, New Zealand, on Saturday, February 3.

Chasing 217 for victory after Australia elected to bat, India chased the target with 11.1 overs to spare.

The Rahul Dravid-coached side became the first team in the history of the event to win the crown for a record fourth time.

The triumph put skipper Prithvi Shaw, already being seen as the next big thing in Indian cricket, alongside the likes of Mohammad Kaif (2002), Virat Kohli (2008) and Unmukt Chand (2012) who led teams to previous Under-19 World Cup titles.

After Shaw exited in the 12th over Kalra went about the task of attaining the target with a cool head. He was ably assisted by Desai. 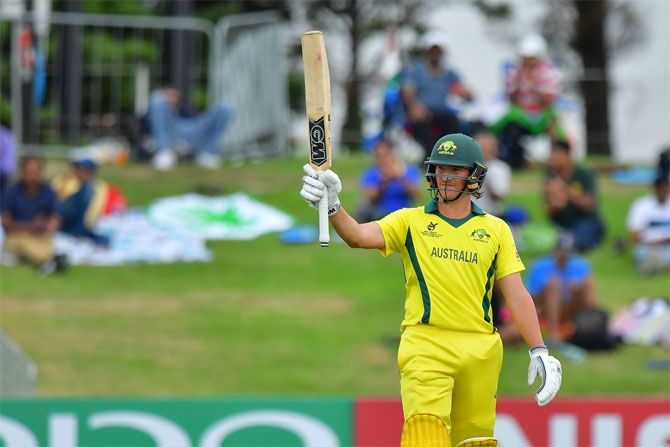 IMAGE: Jonathan Merlo acknowledges the applause after getting to 50 in the final. Photograph: Cricket World Cup/ICC/Twitter

Australia looked on course for a total in the range of 250 at 183/4 in the 40th over before India's spinners took charge.

The Jason Sangha-led side lost its last six wickets for 33 runs and was dismissed in 47.2 overs. 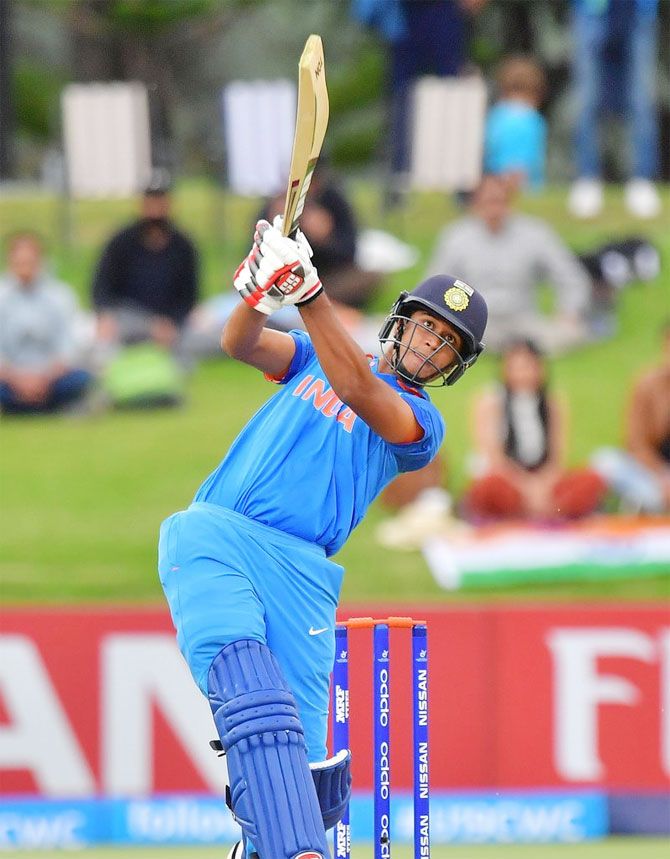 Merlo and Param Uppal (34) were involved in a 75-run stand for the fourth wicket before the former, the innings' top-scorer, shared a 49-run stand with Nathan McSweeney (23) to set the platform for a competitive total.

The momentum shifted India's way when Shiva (2/36) set up McSweeney and had the batsman caught and bowled, leaving Australia in a bother at 183/5.

Earlier, India's leading wicket-taker Roy (2/32) sent back Uppal in similar fashion, the batsman offering a simple catch back to the bowler while attempting to play against the spin.

While India's spinners delivered under pressure in the middle overs, the pacers were impressive again upfront and towards the end. 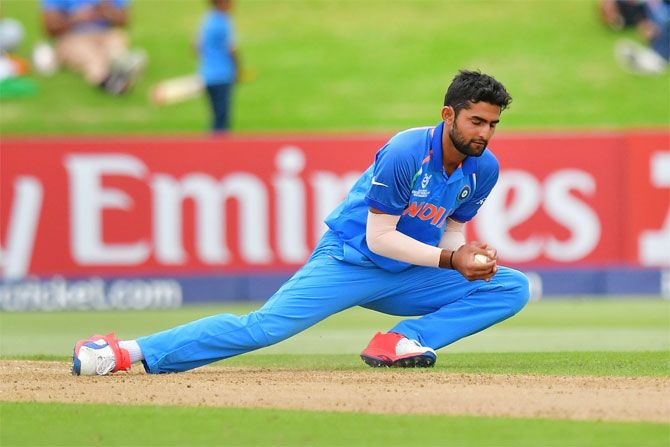 Hitting through the line was not easy as the surface was on the slower side. The best example of that was the dismissal of openers Jack Edwards (28) and Max Bryant (14).

Pacer Ishan Porel (2/30) got rid of both as they attempted to send rising deliveries straight to cover. 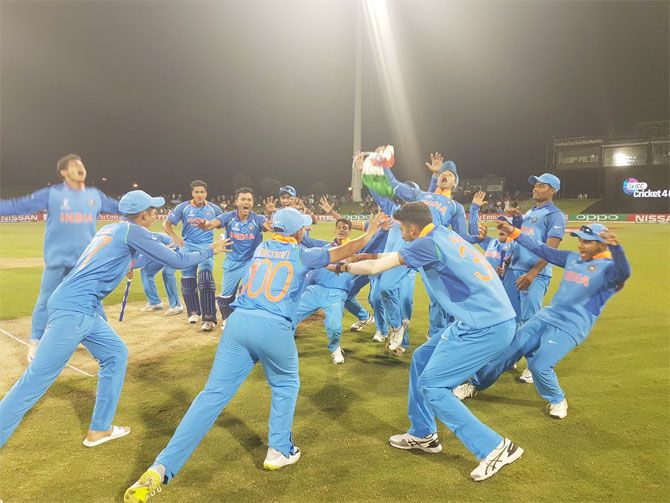 Kamlesh Nagarkoti (2/41), another find for India in the tournament, dismissed Sangha (13) with one that moved away just enough to take the edge to the wicket-keeper.

Nagarkoti and Shivam Mavi (1/46) polished off the tail after Shiva's accurate throw from the deep had Baxter Bolt run out for 13. 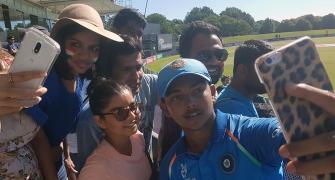 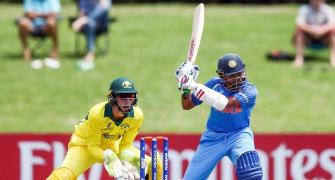 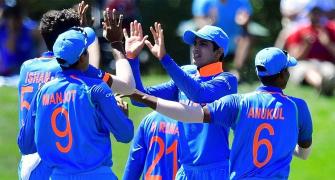 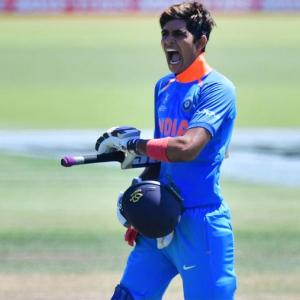 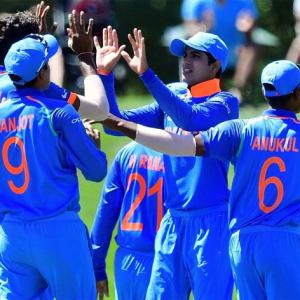