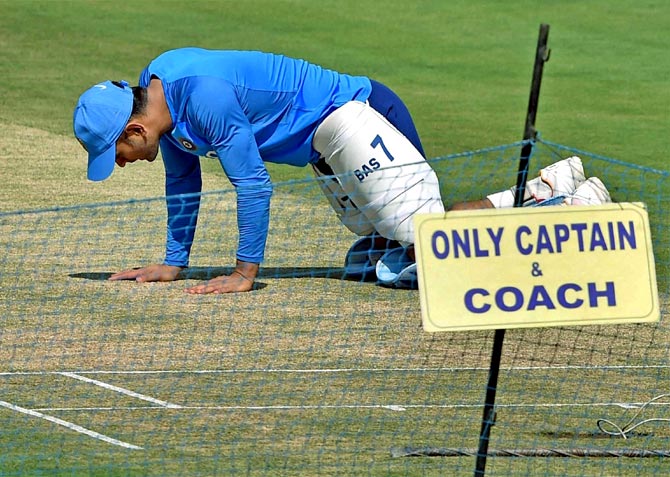 He may have relinquished the India limited overs captaincy but Mahendra Singh Dhoni is still playing a proactive role in the team affairs as he performed the leadership role, including inspecting the pitch, ahead of the third and final One-Day International against England in Kolkata, on Sunday.

India went in for an optional practice on Saturday and Dhoni was seen doing what normally a skipper does -- inspecting the Eden Gardens pitch, taking local feedbacks and giving his team mates a pep talk -- with captain Virat Kohli deciding to skip the training session and head coach Anil Kumble not around.

After the practice session that lasted for about two hours, Dhoni, who stepped down from captaincy just before the ODI series, was seen heading to the pitch that looked as flat as it can be without any tinge of grass. He went down on his knees to have a close look at the strip and felt the surface by placing both his palms.

In Dhoni's esteemed company was national selector and former Bengal captain Devang Gandhi with whom the Jharkhand dasher had a lengthy discussion afterwards. 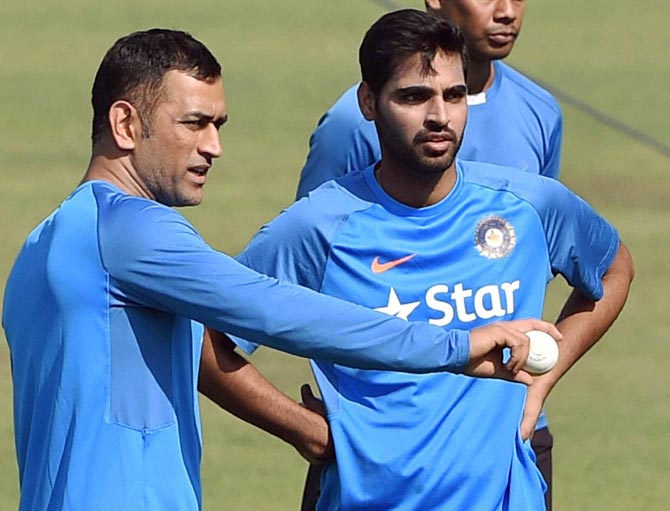 In India's 15-run win over England in the second ODI, Dhoni was seen playing a proactive role behind the stumps, especially in the death overs, as he was seen making the field placings and giving his inputs to Kohli.

Hailing Dhoni's new-found role, India seamer Bhuvenshwar Kumar said: "A wicketkeeper is always the second person after captain to assess the match condition and give inputs.

"He (Dhoni) watches everything closely. He gives feedback how a batsman is playing. When skipper Virat is fielding it's always easy for Dhoni to communicate his ideas on what can we do. It's very useful when your wicketkeeper becomes proactive," Kumar said at the pre-match press conference. 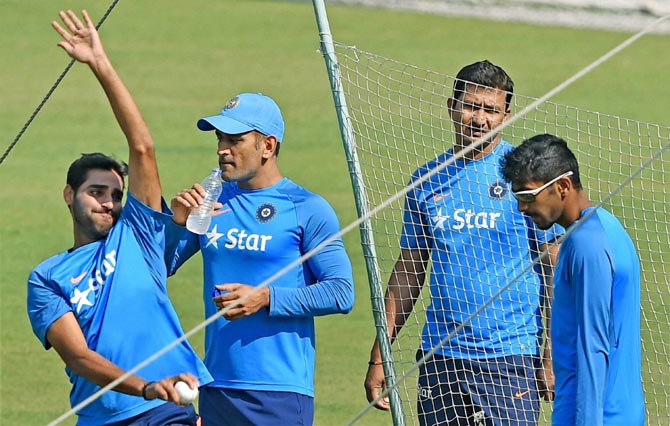 IMAGE: The Indian players in the nets session at the Eden Gardens in Kolkata. Photograph: PTI

Meanwhile, Shikhar Dhawan, who had an injury scare on Friday and went to a hospital for medical examination, was seen at the nets without any sign of injury.

"He's perfectly fine," said a team official, making it clear that Dhawan is available for selection.

However, it remains to be seen whether the team think-tank persists with Dhawan who has been out of sorts in his form with scores of one and 11 in the last two ODIs.

Ajinkya Rahane, who may come in the playing eleven if Dhawan is to be replaced, had a full intensity practice session. 'Tendulkar much better player than Kohli' 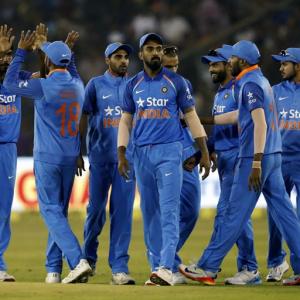