Here are IMAGES from Day 3 of the opening Test, day-night Test, between Australia and New Zealand played at Optus Stadium in Perth on Saturday. 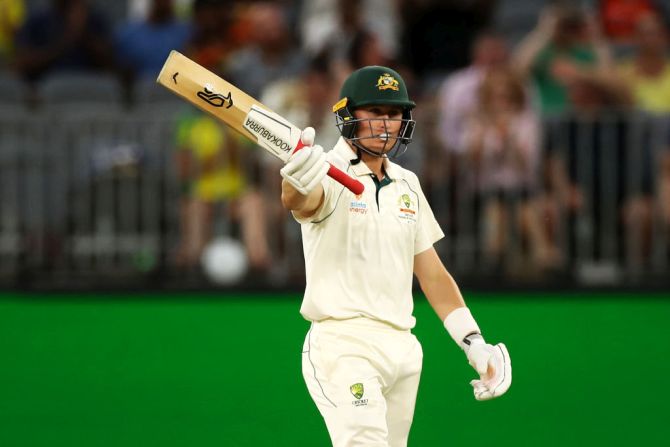 Marnus Labuschagne and Joe Burns notched half-centuries before New Zealand's unflagging attack yielded late wickets, but Australia had built a near insurmountable lead of 417 by stumps on day three of the first Test on Saturday.

Australia reached the close at 167 for six with Matthew Wade on eight and Pat Cummins on one. New Zealand quicks Neil Wagner and Tim Southee shared the spoils with six wickets between them.

Australia suffered a late collapse but remain in a strong position. The highest successful run chase in Test history is 418, achieved by the West Indies against Australia in 2003. 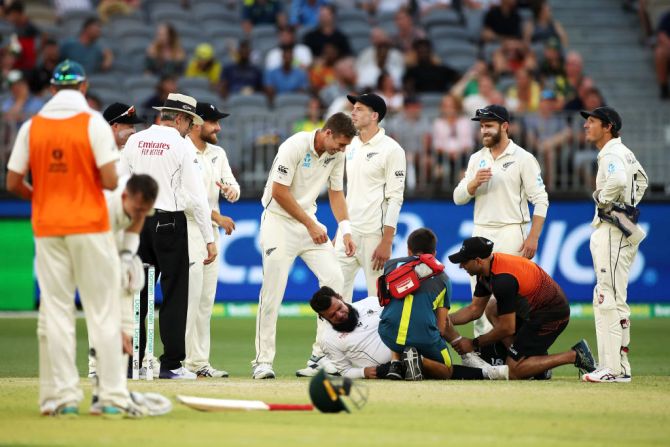 South Africa-born Labuschagne’s bid for a fourth straight Test century ended when he mistimed a pull short on 50 off Wagner, who persevered with aggressive short-pitched bowling.

Australia’s tactical approach to bat carefully and set New Zealand a big target was exemplified by Burns, who did not score until the 25th delivery he faced. His patient knock, however, ended when he was undone by a searing short delivery from Southee.

Steve Smith, who scored a massive 774 runs in the Ashes tournament in England this year, fell shortly before stumps for 16 to continue a recent barren run. 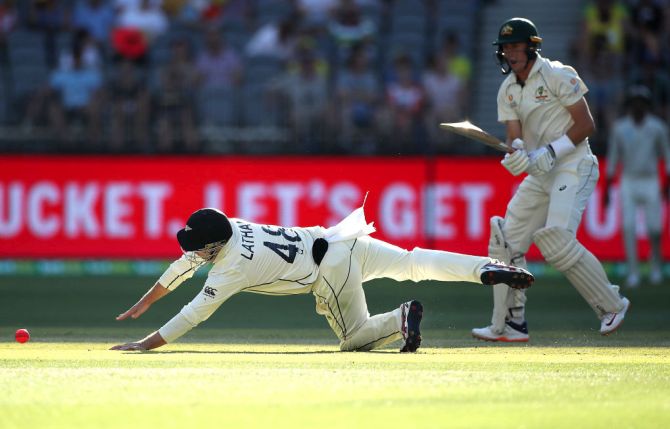 Earlier, a watchful Australia attempted to bat New Zealand out of the first Test during a sedate middle session, as the hosts stretched their lead to 325 runs.

Australia reached the dinner break at 75 for one in their second innings with Joe Burns 32 not out and Marnus Labuschagne unbeaten on 18.

Labuschagne, who has scored three straight tons, was dropped on four by a diving Colin de Grandhomme at mid-wicket.

David Warner, who passed 7,000 Test runs, was Australia’s sole loss after he miscued a pull shot off Tim Southee on 19. His sluggish 63-ball innings was in contrast to his majestic unbeaten 335 in the last Test against Pakistan in Adelaide.

Australia’s tactical approach to bat carefully and build an impregnable lead was exemplified by Burns, who did not score until the 25th delivery he faced. 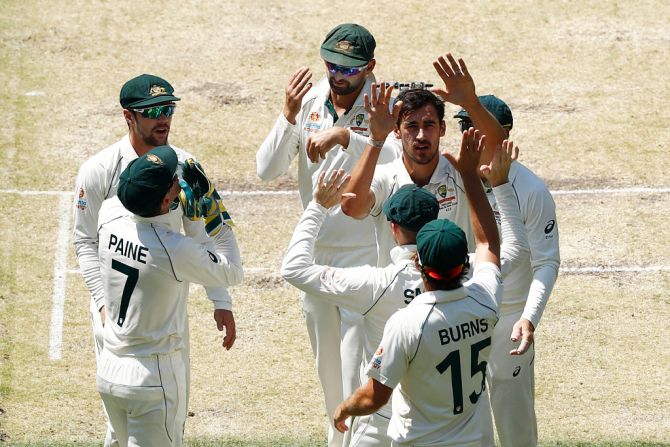 Australia's disciplined attack overcame the absence of Josh Hazlewood to bowl New Zealand out cheaply in the opening session on the third day as the hosts gained a lead of 251 in the first Test.

New Zealand, in reply to Australia's first innings 416, struggled against sustained bowling in the day-night match and were dismissed for 166 on the stroke of the first break, Ross Taylor top-scoring for the tourists with 80.

Mitchell Starc claimed his second five-wicket haul in as many Tests after missing most of the recent Ashes series.

Openers David Warner (one not out) and Joe Burns safely played out one over, as Australia reached the long break at one for 0.

Hazlewood was ruled out of the rest of the Perth Test after suffering a hamstring injury on day two.

Both teams are without a paceman after debutant New Zealand quick Lockie Ferguson, himself a replacement for injured spearhead Trent Boult, damaged his calf on day one. 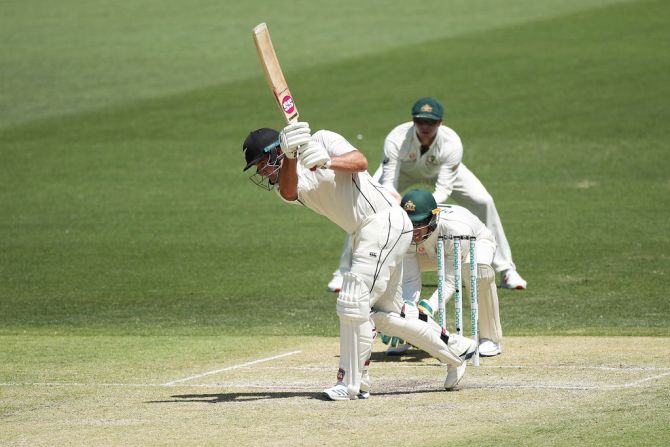 Resuming at 109-5, New Zealand’s hopes of reducing the deficit rested on veterans Taylor and BJ Watling taking advantage of the favourable batting conditions.

Shortly after play began the batsmen were involved in a calamitous mix-up only for Watling to survive being run out on one when wicketkeeper Tim Paine fumbled the returning throw to the stumps.

Watling’s luck, however, ran out when he chopped onto his stumps and was bowled by Pat Cummins for eight.

Taylor was dismissed on the stroke of drinks, when he edged to slip off spinner Nathan Lyon.

Colin de Grandhomme played several attacking strokes before falling controversially for 23 when he was adjudged caught on the glove off a fierce bouncer from Starc. De Grandhomme reviewed but third umpire Marais Erasmus stuck with the on-field decision after a long deliberation.

Oppressive conditions continued for the third straight day as the temperature peaked at 41 degrees Celsius.

© Copyright 2020 Reuters Limited. All rights reserved. Republication or redistribution of Reuters content, including by framing or similar means, is expressly prohibited without the prior written consent of Reuters. Reuters shall not be liable for any errors or delays in the content, or for any actions taken in reliance thereon.
Related News: New Zealand, Colin de Grandhomme, Mitchell Starc, Australia, Ross Taylor
SHARE THIS STORYCOMMENT
Print this article 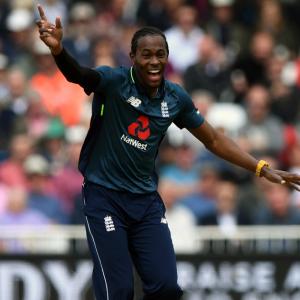 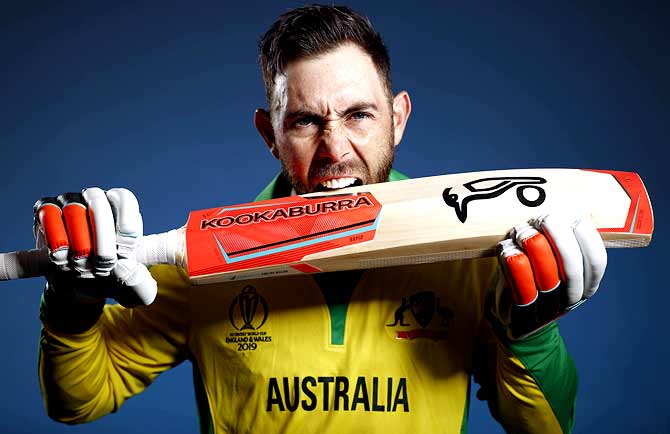