Images from Day 3 of the third Test between Australia and India in Melbourne on Friday. 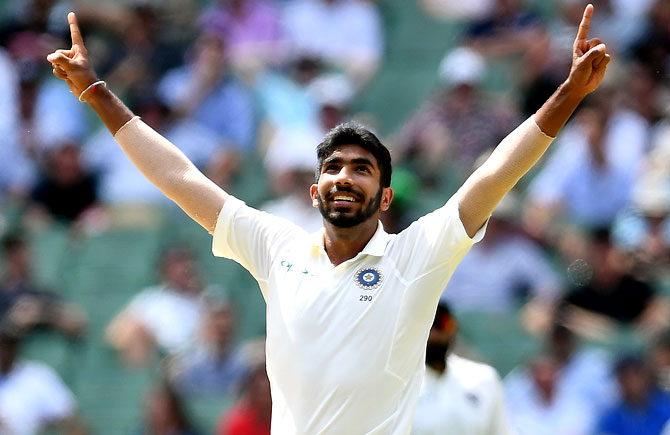 Rampaging paceman Jasprit Bumrah pummelled Australia with a six-wicket haul in the performance of his young career to fire India to a commanding position on day three of the third Test on Friday.

With fiery spells of precision and guile, the 25-year-old with the signature slingshot action helped rout Australia for 151 soon after tea in their reply to India's declared first innings total of 443 for seven.

However, Virat Kohli's batsmen struggled as much as their Australian counterparts with seamer Pat Cummins taking four wickets in a lion-hearted spell as India staggered to stumps at 54-5 on another stifling day at the Melbourne Cricket Ground. 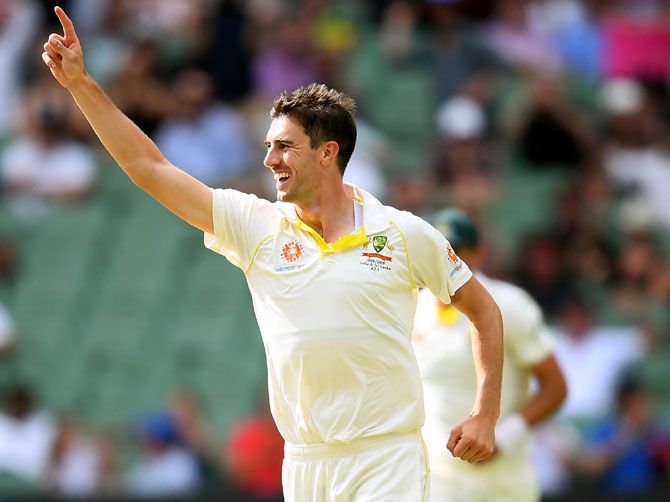 Despite the collapse, the tourists still hold a 346-run lead with two days to play, and are in prime position to take a 2-1 series lead into the fourth and final test in Sydney.

Made to toil for two days in the field -- and much of it in stifling heat -- Australia's over-worked bowlers were given only 66 overs of respite before they were pressed back into service following a dismal display by their batting team mates. 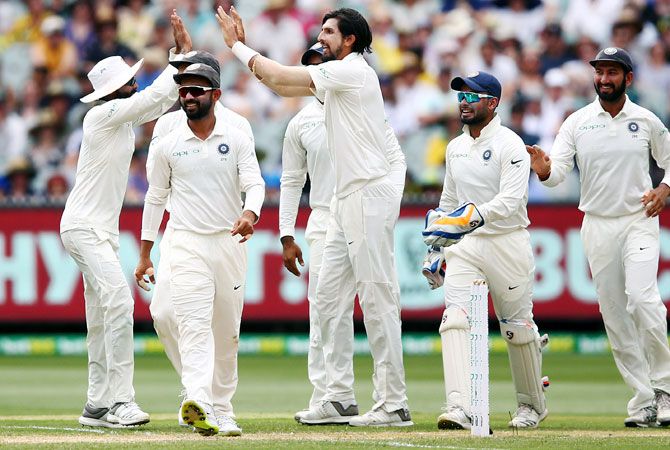 Earlier, Bumrah was the principal architect of their demise, and his innings haul of 6-33 was the best ever recorded by an Indian bowler at the MCG.

He removed all four of Australia's batsmen who made starts and cleaned up the last three wickets for six runs shortly after tea.

Cummins gave Australia hope of dismissing India cheaply but the tourists will feel confident that the maligned drop-in wicket will prove too hot to handle for the home side's shaky batsmen for the best part of two days. 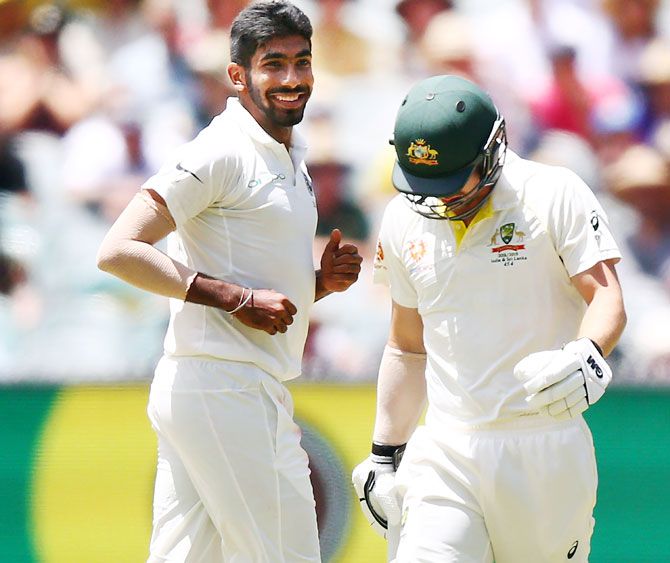 Having dominated with the bat for two days on a maligned drop-in wicket, India's bowlers promptly put Australia to the sword in the morning after they resumed on eight for no loss.

Australia stumbled to 89 for four by lunch, with Bumrah dismissing Shaun Marsh lbw for 19 with the last ball before the interval.

The young paceman earlier had Marcus Harris caught at long leg for 22, the opener top-edging a hook from the paceman who struck him on the helmet with a brutal delivery late on day two. 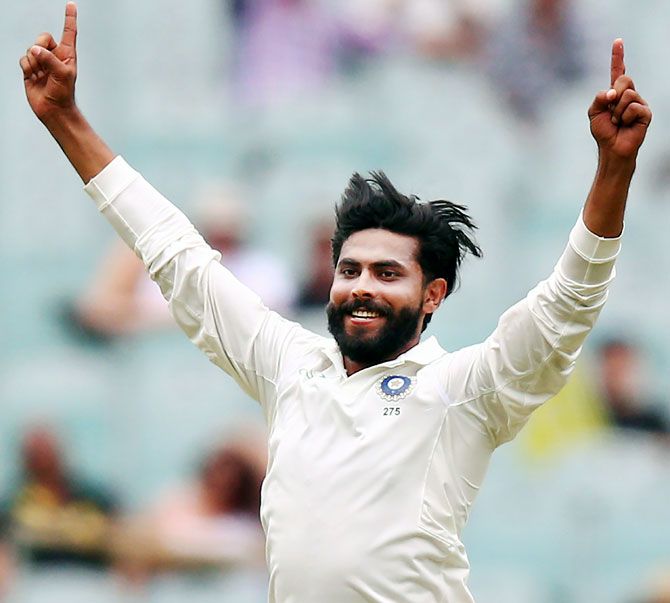 Harris's opening partner Aaron Finch, out for eight, stumbled into a trap set by India captain Virat Kohli, flicking Ishant off his pads to silly mid-on where Agarwal clutched a brilliant low catch.

The pair were soon under siege by the left-arm spin of Jadeja and a foot-mark that gave the bowler prodigious turn. 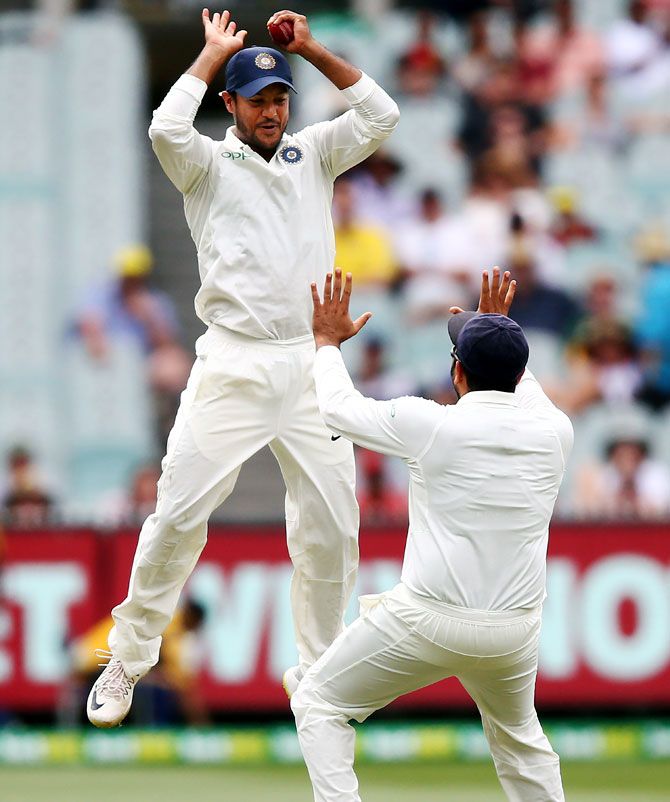 Khawaja reverse-swept Jadeja for four but was out the next delivery as the ball reared out of the rough to catch an edge that was well caught by Agarwal at short leg.

Head and Marsh nudged Australia forward without looking especially comfortable, but their budding partnership was broken when the inspired Bumrah deceived Marsh with a slower ball that cannoned into his pads on the full.

Debutant opener Mayank Agarwal was 28 not out at stumps with pugnacious wicketkeeper Rishabh Pant on six.

"We lost a few more wickets than we wanted to but we'll assess tomorrow morning and we'll try to add as much as we can and then hopefully get them out," Bumrah told reporters.

Even with some rain forecast over the final two days, Australia's hopes of staving off a comprehensive defeat appear bleak.

Cummins, however, was refusing to rule out a fairytale.

"You never know if we knock them over early," he said.

"The wicket's still pretty good. We've seen a lot of matches here go right to the end of fifth days. You never know."

© Copyright 2021 Reuters Limited. All rights reserved. Republication or redistribution of Reuters content, including by framing or similar means, is expressly prohibited without the prior written consent of Reuters. Reuters shall not be liable for any errors or delays in the content, or for any actions taken in reliance thereon.
Related News: INDIA, Australia, PHOTOS, MCG, Melbourne
COMMENT
Print this article 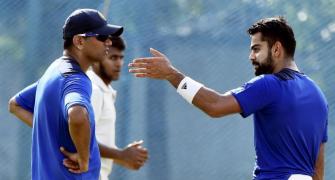 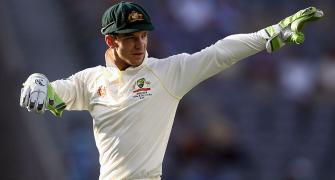 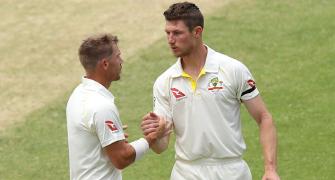 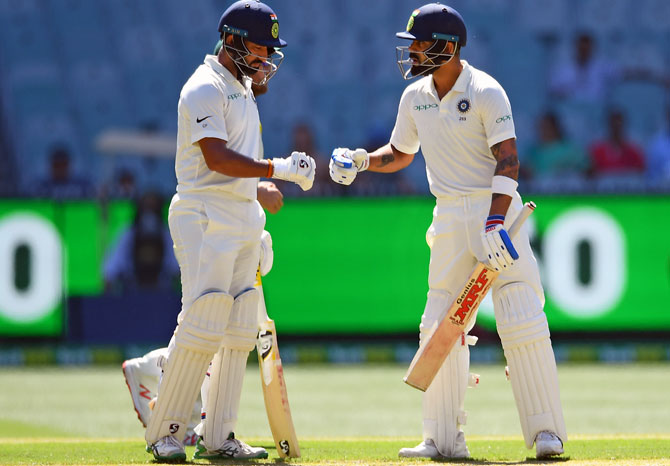 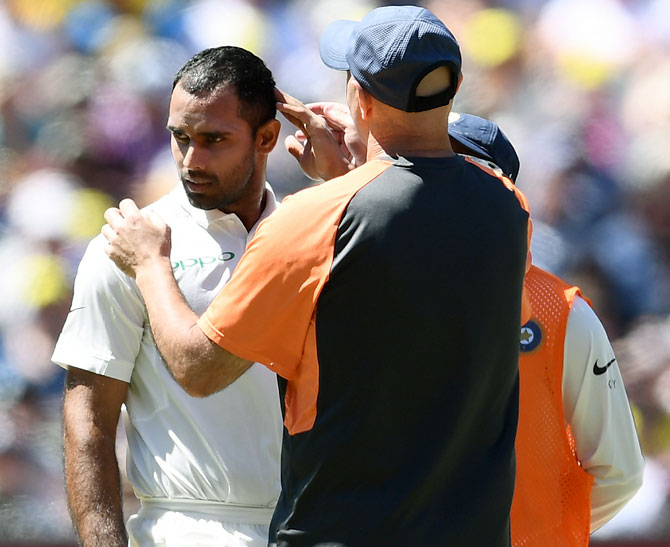