Refusing to react to Sunil Gavaskar's criticism of the Board Of Control For Cricket In India's decision to resume bilateral cricket ties with Pakistan, senior BCCI official Rajeev Shukla said that the former India captain was entitled to his opinion.

"I don't want to react to individual opinion. Everyone is entitled to have one," said Shukla in response to Gavaskar's reservations about having the Indo-Pak series post 26/11, especially when there was "no cooperation" from Pakistan in the Mumbai terror attacks probe.

Gavaskar had earlier in the day said, "Being a Mumbaikar I feel what is the urgency when there is no cooperation from the other side."

The bilateral cricketing ties had been snapped after the 2008 Mumbai terror attacks and there have been several attempts by the Pakistan Cricket Board in recent months to convince the BCCI to resume it.

Asked about BJP, Shiv Sena's constant protests over resuming any sporting ties with Pakistan, Shukla said, "The leader of the opposition in the Rajya Sabha, Arun Jaitley was a part of this decision and he supported the move.

"You can raise a lot of issues but the public has always wanted to watch India and Pakistan play. The relationship between the BCCI and the PCB has also been cordial, irrespective of the political situation.

"The PCB has been very persistent over the past few years on resuming cricketing ties with Pakistan and if you remember we have also played against Pakistan even after 1971 war and after 1999 Kargil war...we have played a series in Pakistan," he added.

Questioned whether this created a window of opportunity for the Indian team to travel to Pakistan, Shukla said, "Until the security situation in that country is conducive, there is absolutely no question of India travelling to Pakistan."

Source: PTI© Copyright 2022 PTI. All rights reserved. Republication or redistribution of PTI content, including by framing or similar means, is expressly prohibited without the prior written consent.
Related News: Pakistan Cricket Board, Rajeev Shukla, Sunil Gavaskar, BCCI, Board Of Control For Cricket In India
COMMENT
Print this article
Do Congressmen want Rahul to make space for Priyanka? 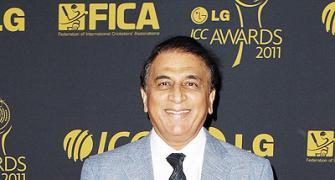 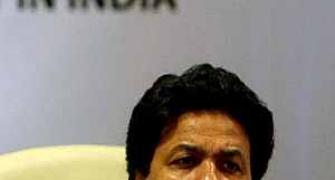 BCCI is not against Kapil, says Shukla

Prez debate can be on policy, not personality: Pranab