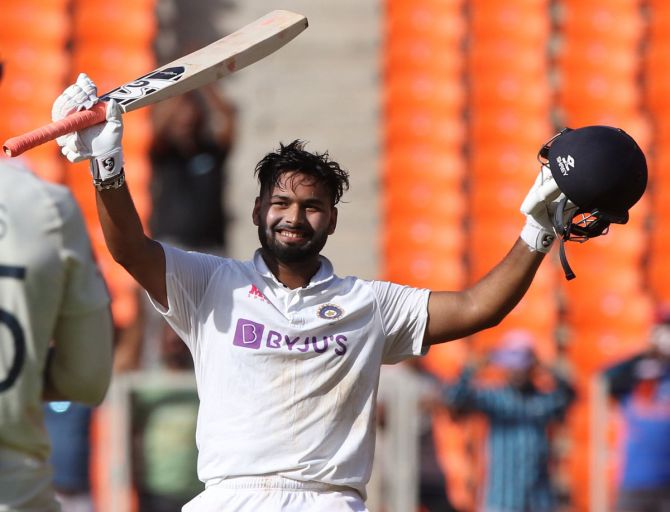 IMAGE: Rishabh Pant steered India to an unlikely victory in the dying moments of play in the final Test against Australia, taking them to a 2-1 series win last year. Photograph: BCCI

The Test bowling award went to Kyle Jamieson for his 5 for 31, which helped New Zealand become the first World Test champions.

Pant steered India to an unlikely victory in the dying moments of play in the final Test, taking them to a 2-1 series win. Few would have predicted India to emerge victorious as they went into the match with a third-string side in the wake of numerous injuries to their first-choice players.

Williamson, who was up against Virat Kohli, Babar Azam and Aaron Finch for the award, won it for leading his side to the World Test Championship win and a runners-up place at the T20 World Cup.

England fast bowler Ollie Robinson was named Debutant of the Year for his 37 wickets at 21.16 in eight Tests, which made him England's second highest wicket-taker in Tests in 2021.

While England men's side had a largely forgettable year, they still managed to grab three awards.

Saqib Mahmood's 4 for 42 in a nine-wicket win over Pakistan got him the top ODI bowling prize. Jos Buttler won the T20I batting award for his unbeaten 101 off 67 balls on a challenging surface in Sharjah against Sri Lanka at the T20 World Cup.

The ODI batting and T20I bowling awards went to Pakistan. Fakhar Zaman won the top batting prize for his 155-ball 193 against South Africa at the Wanderers, the highest score in an ODI chase and the second highest ever in a losing cause.

And, Shaheen Afridi won the T20I bowling award for his annihilation of India in the 10-wicket win for Pakistan at the T20 World Cup.

The jury picked the best performances in the three men's international formats, and performances in women's and Associates cricket at large, in the previous calendar year. 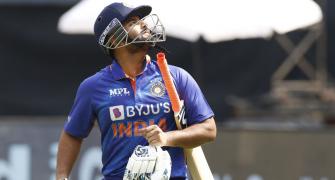 Why Pant opened the innings in 2nd ODI vs Windies 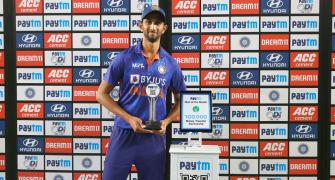 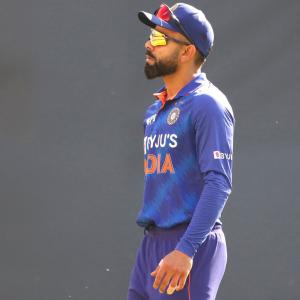 Should India give Kohli a break? 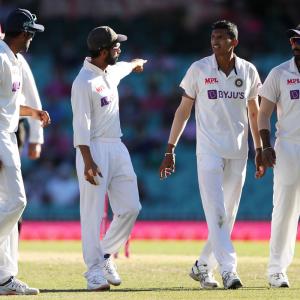 Someone else took credit for decisions I took: Rahane