Wait gets longer for Pandya, Rahul after SC adjourns hearing to next week

IMAGE: Hardik Pandya (in picture) and KL Rahul's misogynistic comments on women on a TV show led to a provisional suspension on them. Photograph: Dinuka Liyanawatte/Reuters

With the Supreme Court adjourning proceedings on all the Board of Control for Cricket in India matters for a week, suspended Indian cricketers Hardik Pandya and K L Rahul's wait for a closure to the furore over their sexist comments got longer on Thursday.

Pulled midway out of the tour of Australia, provisionally suspended and lambasted thoroughly, the two cricketers' future was left uncertain after hearing was adjourned by the two-judge bench comprising Justices AM Sapre and SA Bobde following current amicus curiae Gopal Subramanium's resignation on health grounds.

"Now that SC has taken cognisance of the case and already asked the new amicus to come back after a week, the CoA chief cannot appoint an ad-hoc Ombudsman as it will be contempt of court," a senior BCCI official said on Thursday.

The appointment of an ombudsman was sought by the Committee of Administrators (CoA) to investigate the duo's comments on hookups with multiple women and being casual about it with their families, on the show 'Koffee with Karan' with film-maker Karan Johar.

With the bench nominating former Additional Solicitor General PS Narsimha as the new amicus, the case of appointment of a permanent or ad-hoc ombudsman will only come up as and when the new amicus takes charge.

Thursday's developments mean that the return of the two players, who have already missed the ongoing ODI series against Australia, could well be delayed beyond the New Zealand series which starts next week.

Asked what's the way out now, the official said, "An ad-hoc ombudsman can still be appointed but only after the former ASG decides to take up the assignment and he is convinced that an ad-hoc ombudsman is a necessity for an early closure so that the cricketers can resume national duty."

After the two players were showcaused for their comments on the TV show, COA chief Vinod Rai had recommended a two-match ban but his colleague Diana Edulji wanted a legal opinion from the BCCI's legal cell.

The legal firm said that Rahul and Pandya didn't violate the BCCI's Code of Conduct with their on-air comments but it would need an ombudsman to investigate the matter.

Edulji then proposed that CoA, along with BCCI members, form an inquiry committee to which Rai replied that the move will be in contravention to the Supreme Court order and he won't be a party to any such committee.

"Had Diana been ready to go with the recommended punishment of two matches and not sought legal opinion, we wouldn't have reached this stage. Now everything is in a limbo.

"Now it's a legal matter and it can take time. All that one achieved through this ego tussle is that we have compromised the national team's interest," the senior official said.

It is learnt, even on Wednesday Rai had sent an e-mail to Edulji, requesting a quick closure of the matter, keeping the cricketers' future in mind. However, he got no response from the former India women's team captain.

Edulji attended Thursday's hearing in the Supreme Court with her personal lawyer and told Rai in an e-mail that it was to 'protect her own interest'.

"Hardik Pandya and KL Rahul certainly brought disrepute to the board with their inappropriate comments. For that, the BCCI has already suspended them provisionally. However, I am also of the view that the matter needs to be sorted at the earliest," he said.

"While we need to sanction them for their transgressions but we are dealing with young careers. I would like to see them back in mainstream and also undergo gender sensitization programme with other young cricketers," he added.

Related News: Board of Control for Cricket in India, KL Rahul, Hardik Pandya, Narsimha, Committee of Administrators
SHARE THIS STORYCOMMENT
Print this article 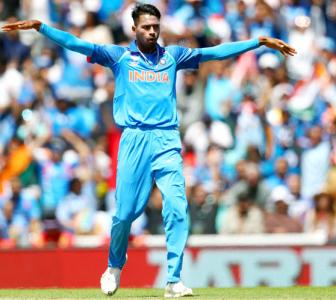 Pandya is very crucial for our team: Dhawan 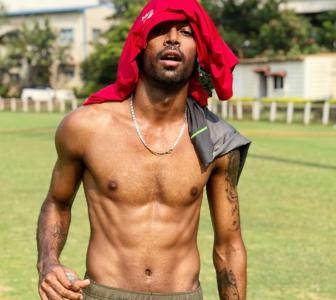 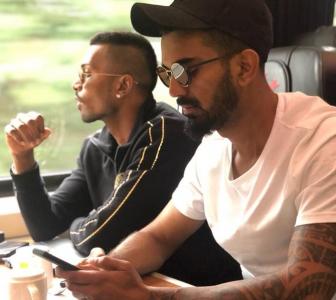 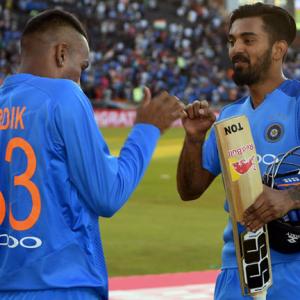