The moment of celebration came for the hosts after Pandey managed to uproot a stump as a souvenir after running out Varun Aaron.

With this win, Karnataka rounded off the season with a grand treble just as they did a year ago by retaining the Ranji Trophy and winning the Vijay Hazare Trophy earlier in the season.

Gopal returned with impressive figures of four for 39 runs in six overs, while pacer Abhimanyu Mithun scalped three for 40 in his 10 overs to bowl out Rest of India for 156 in their second innings in 43.3 overs while chasing a mammoth target of 403 runs at the Chinnaswamy stadium.

Man-of-the-match Pandey won the laurels for his batting, but Gopal turned the tables around for Karnataka by taking four consecutive wickets after the visitors reached the score of 113. 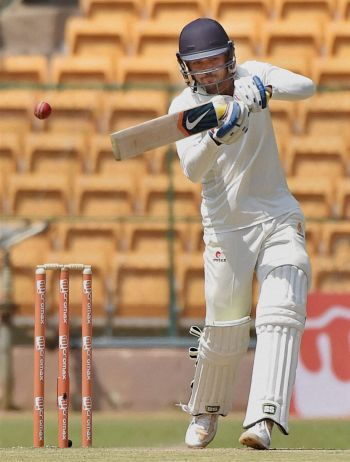 Gopal first picked up Yadav by trapping him LBW, leaving Rest of India in precarious condition with the scoreboard reading 116 for six.

Thereafter, the leggie mericilessly and in quick succession removed Dhawan, Thakur and Jadhav to take Karnataka inches away from the victory.

Mithun also bowled his heart out in both Rest of India innings, ending with an impressive match figures of six for 86 off 27 overs.

"All credit goes to the boys. Dedication and desire key to Karnataka's success. Batting in the fourth innings was difficult here because the cracks got wider. We had the bowling attack. We knew 300-plus runs would be difficult for them," he said.

Resuming their second innings at 341 for six, Karnataka added another 81 runs before ending at 422, thereby setting a target of 403 to win before Rest of India.

Pandey, who resumed at the overnight score of 73, made bulk of the runs by adding 50, but other Karnataka batsmen failed to give him support from the other end and fell to a fiery spell of Thakur, who claimed all the remaining four wickets and ended with an impressive figures of five for 86 in 29.3 overs.

"I was a little lucky, but it finally paid off. Irani hundred matters a lot, the season was very good. I did not convert starts early on but I am happy to finish it in this manner. 400 was a big lead for us. That made the difference," Pandey said.

"Karnataka bowlers bowled really well. We backed our boys to do well but we didn't have luck. Full credit to them. Good luck to them," Rest of India captain Manoj Tiwary said.

The platform for Karnataka's victory was set up by their batsmen. Mayank Agarwal (68), Karun Nair (59) and debutant Abhishek Reddy (54), who played crucial knocks to help Karnataka reach a respectable 244 all out in their first innings.

In reply, the visitors made 264 all out in their first innings, taking a small lead of 20 runs.

However, Karnataka put up a much improved batting effort in their second innings and it was possible due to the contributions from centurion Pandey, Ravikumar Samarth (81) and Nair (80). 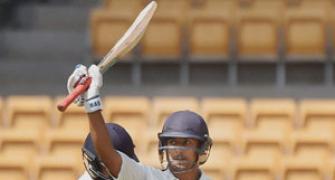 Karnataka swell lead over Rest of India to 321 runs 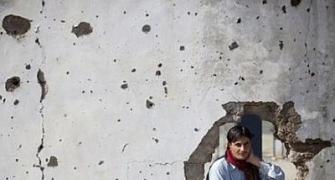 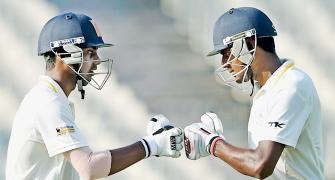 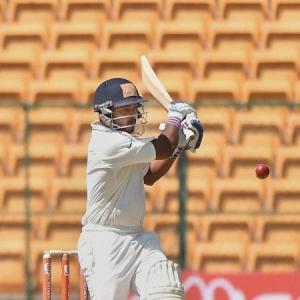 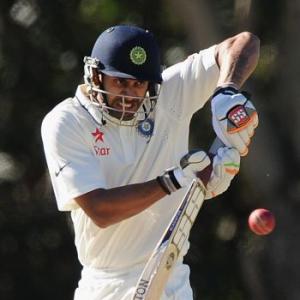 Best of the Rest target Irani Trophy for India comeback