Panchal shines for India 'A' with century in drawn game

Opener Shubman Gill, who is part of the Indian squad for the South Africa Tests, perished for a three-ball duck in the second innings. 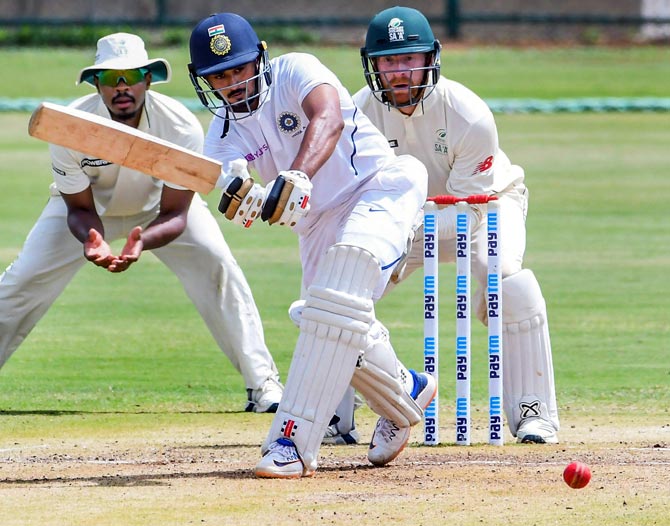 IMAGE: Priyank Panchal of India 'A' bats during Day 4 of the second unofficial Test against South Africa. Photograph: PTI

Opener Priyank Panchal struck a fine century on the fourth and final day as the second unofficial Test between India 'A' and South Africa 'A' ended in a tame draw, in Mysuru, on Friday.

The draw enabled India 'A' to pocket the two-match series 1-0.

Gujarat batsman Panchal stroked a splendid 109, hitting nine fours and four sixes in his 192-ball knock to help the hosts declared their second innings at 202 for three in 70 overs, for an overall lead of 219 runs.

Panchal was involved in two big partnerships -- 94 runs for the opening wicket with Abhimanyu Easwaran (37 off 93 balls) and 92 for the third with Karun Nair, who remained unbeaten on 51.

With no outright result possible, the match was called off after the home side declared their second innings with tea break in sight.

Off-spinner Dane Piedt, who is part of the South Africa team for the Test series against India beginning on October 2, bowled 21 overs and picked up two wickets, including that of Shubman Gill, who was dismissed for a duck.

Left-arm spinner Senuran Muthusamy, who is also in the Proteas Test team, ended Panchal's stay at the wicket as he got him caught and bowled.

Panchal, a prolific scorer in domestic cricket, cracked some delightful shots and hit four big sixes while Nair, who made 78 in the first innings, too looked in sublime touch.

Gill, who made 92 in the first innings, failed to trouble the scorers, falling for a three-ball duck, caught by Muthusamy off Piedt.

With the first innings of the two sides being completed late on the third day on Thursday, the possibility of a result was reduced and the India 'A' batsmen used the opportunity to get some match practice ahead of a long domestic season.

For South Africa 'A', skipper Aiden Markram and all-rounder Wiaan Mulder hit superb hundreds to make 400 in their first innings in reply to the home team's 417.

Markram geared up for the three-Test series against India with a superb 161, while Mulder made an unbeaten 131 -- his fourth first-class century, after the team had crashed to a seven-wicket defeat in the first 'Test' at Thiruvananthapuram earlier.

Markram was named man of the match for his effort. 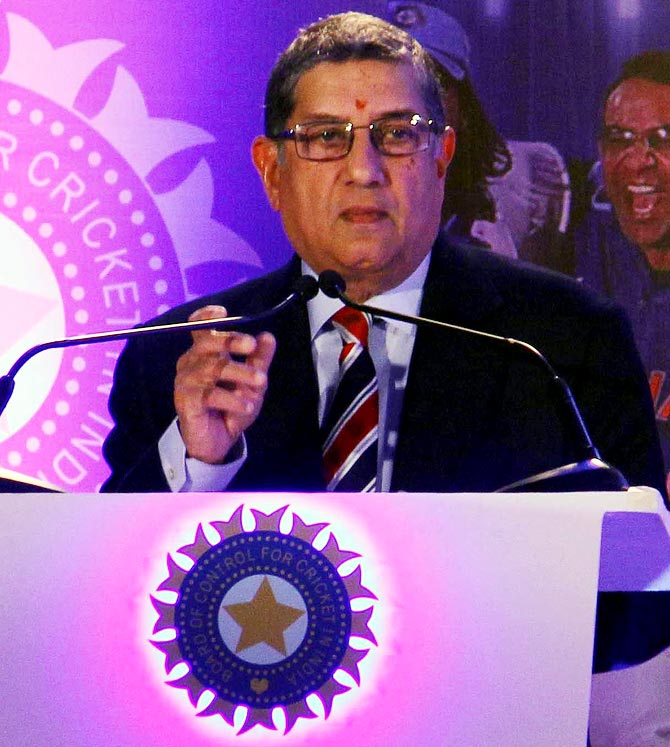