Saeed Ajmal and Umar Gul were the chief destroyers as Pakistan won the third and final Test by 71 runs on the fourth day on Monday, recording their first clean sweep in a series against England.

Spinner Ajmal, the scourge of England's batsmen throughout the series, picked up four for 67 and paceman Gul grabbed four for 61 as the world's top-ranked Test team were bowled out for 252 in front of a sparse crowd in Dubai.

Ajmal won the man of the series award for taking 24 wickets. Azhar Ali was named man of the match for his 157 in Pakistan's second innings.

The series yielded 43 lbw decisions, a record for a three-match conTest.

A diving catch by Younus Khan at slip off Ajmal immediately after lunch trigged yet another England collapse as it removed Alastair Cook one short of his half century.

The one upside for 27-year-old opener Cook was that he became the second youngest player to reach 6,000 Test runs -- only India's master batsman Sachin Tendulkar has achieved that feat at a younger age.

Ajmal ripped through Kevin Pietersen's bat and pad to bowl him for 18 before Ian Bell followed for 10, lobbing an attempted square cut off Gul straight to cover point.

Eoin Morgan (31) also fell when he gave Gul the charge only to be caught behind the wicket.

Wicketkeeper Matt Prior tried to keep up England's hopes with an unbeaten 49 but eventually he ran out of partners.

Captain Andrew Strauss (26) and Jonathan Trott (18) were dismissed before lunch.

Strauss was trapped leg before by spinner Abdur Rehman and failed to get the decision overturned by the video umpire.

© Copyright 2020 Reuters Limited. All rights reserved. Republication or redistribution of Reuters content, including by framing or similar means, is expressly prohibited without the prior written consent of Reuters. Reuters shall not be liable for any errors or delays in the content, or for any actions taken in reliance thereon.
Related News: England, Alastair Cook, Pakistan, Scorecard Spinner Ajmal, Wicketkeeper Matt Prior
SHARE THIS STORYCOMMENT
Print this article 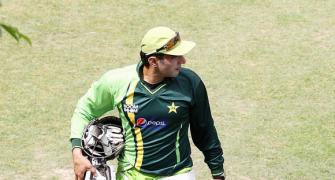 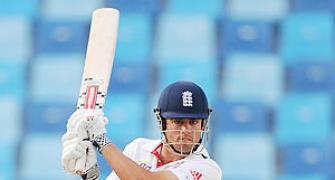 England chase 324 to win against Pakistan 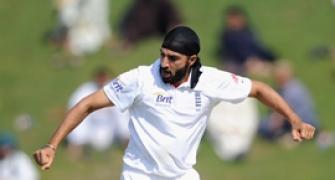 Pakistan recover after Panesar rips through 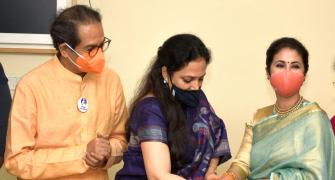 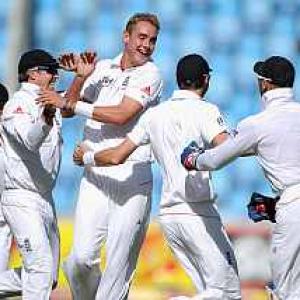 Pakistan hit back as 16 wickets tumble 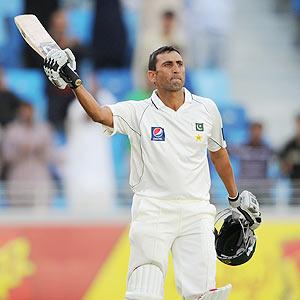