'Banned for 3 years. What a waste of a talent! It's high time that Pakistan moved towards passing a legislative law against match fixing. Behind bars is where such jack asses belong!' 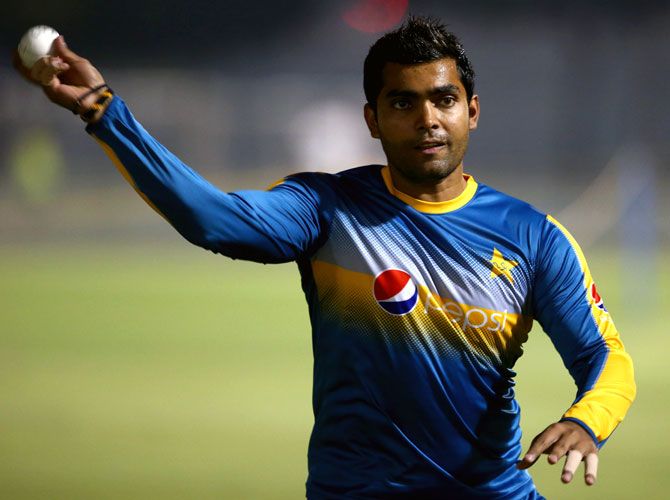 Temperamental Pakistan batsman Umar Akmal was on Monday banned for three years by the PCB for failing to report corrupt approaches ahead of the country's premier T20 league this year.

The Pakistan Cricket Board (PCB) said the ban was imposed by its Disciplinary Panel chairman Justice (retired) Fazal-e-Miran Chauhan, who held a hearing on Monday.

"Umar Akmal handed three-year ban from all cricket by Chairman of the Disciplinary Panel Mr Justice (retired) Fazal-e-Miran Chauhan," read a tweet from the official handle of the PCB's media department.

The 29-year-old appeared before the panel at the National Cricket Academy in Lahore after not challenging a show cause notice issued to him by the PCB Anti-Corruption for not reporting an alleged offer to spot-fix in the 2020 Pakistan Super League.

Once Akmal didn't challenge the PCB notice, the case was transferred to the disciplinary panel, triggering speculation that Umar would escape with a six-month to one-year ban and fine at the most.

Akmal last played a Test for Pakistan in late 2009 but his last international appearance was in last October in the T20 home series against Sri Lanka.

The PCB said it will release more details as soon as it receives them from Justice Chauhan.

In a hearing held at the National Cricket Academy, Akmal decided to represent himself and was heard at length, while the PCB was represented by Taffazul Rizvi.

Akmal was charged with two breaches of Article 2.4.4 of the PCB Anti-Corruption Code in two unrelated incidents on March 17.

"The PCB doesn't take any pleasure in seeing a promising international cricketer being declared ineligible for three years on corruption charges, but this is once again a timely reminder to all who think they can get away by breaching the anti-corruption code," PCB Director (Anti-Corruption and Security) Asif Mahmood, said.

"...if some cricketers decide to take the Code in their hands, then this is how things will pan out.

"I request all professional cricketers to stay away from the menace of corruption and immediately inform relevant authorities as soon as they are approached," he added.

Akmal was provisionally suspended hours before his PSL team Quetta Gladiators was to take on Islamabad in the opening match of the PSL's 2020 edition.

"So Umar Akmal officially makes it to the list of idiots! Banned for 3 years. What a waste of a talent! It's high time that Pakistan moved towards passing a legislative law against match fixing. Behind bars is where such jack asses belong! Otherwise brave for more!!" Raja tweeted.

Akmal is the younger brother of former Pakistan wicketkeeper-batsman Kamran Akmal, who played 53 Tests, 58 T20s, and 157 ODIs for Pakistan, and cousin of current captain Babar Azam.

Akmal promised a lot after making a hundred in New Zealand on his Test debut, but failed to live up to the high expectations that came with some fine performances early in his career.

Akmal had earlier escaped a PCB ban in February for allegedly making crude remarks to a trainer during a fitness test at the National Cricket Academy in Lahore. 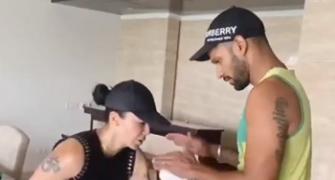