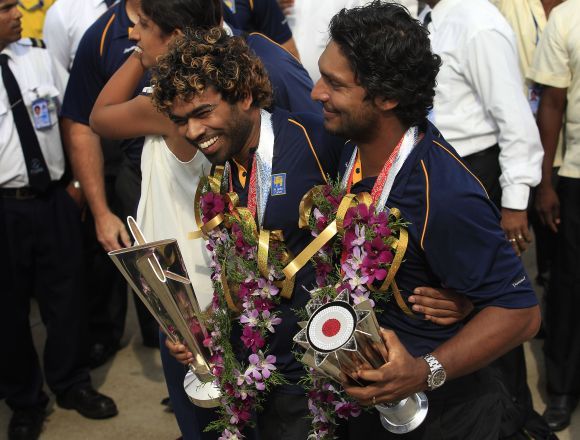 A huge street party, which was organised to mark the success of Sri Lanka's World Twenty20 win, was reportedly marred by controversy over the retirements of veteran players Mahela Jayawardene and Kumar Sangakkara.

The victory celebrations of new World Twenty20 champions turned sour with veteran players Mahela Jayawardene and Kumar Sangakkara hitting out at officials who had criticised them about their retirements from T20 cricket just before the tournament.

Jayawardene and Sangakkara used the occasion to express disappointment at the press conference held at international airport here to accord them a hero's welcome after winning the World T20 title on Sunday in Bangladesh.

"It is very regrettable to hear things mentioned to certain media by certain officials about our retirement," Jayawardene said.

Both Jayawardene and Sangakkara had told media upon arrival in Bangladesh that they would retire from T20 Internationals after the tournament.

"What I told the media was in response to a query. I am 37 years of age now. So there is no chance of me playing in another (T20) World Cup. That was what I said.

"We are disappointed that board officials without clarifying the statements from us had found fault with us," Jayawardene said without naming any official.

Sri Lanka Cricket (SLC) officials, including chief selector and former opening batsman Sanath Jayasuriya, had criticised Jayawardene and Sangakkara for not keeping them in the loop about their retirement plans.

Sangakkara, the man of the match in the final against India, agreed with Jayawardene's thoughts and said the incident had a negative effect on them leading to the World T20.

"The people who put us on that frame of mind must take the blame," Sangakkara said.

Jayawardene also made reference to the pay dispute between the players and the SLC which had threatened the tour to Bangladesh just before the World T20.

The players were demanding more money from the ICC revenue which the Board had declined to meet.

Lasith Malinga, who led Sri Lanka to the World T20 title, the country first major crown for 18 years, has attributed his success in the just-concluded
event in Bangladesh to IPL.

Explaining the IPL experience, Malinga said Sri Lanka's success was mainly due to Indian batsmen's inability to make runs in the last four overs of the summit clash. 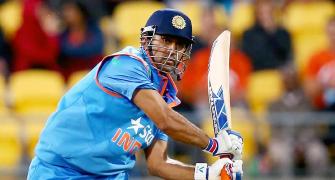 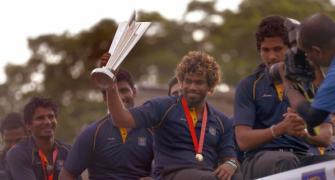 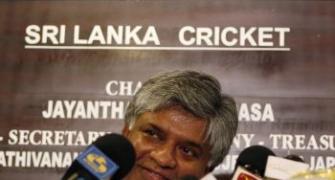 Malinga attributes his success in World T20 to IPL 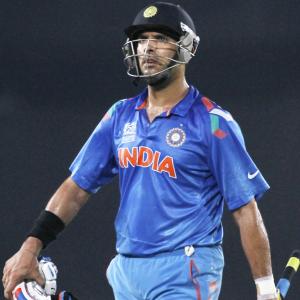 Yuvraj not the first fall guy of a WT20 final!