'We can't expect him to take five wickets every time'

'He has shown his potential. If we look after him and support him, he will be a big match-winner for us' 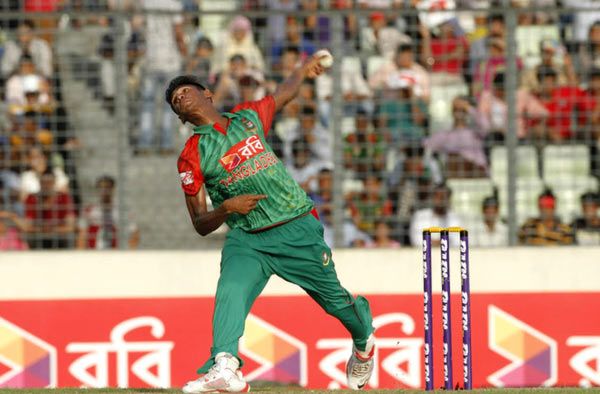 Bangladesh bowling coach Heath Streak wants young pace sensation Mustafizur Rahman to be looked after and supported well so that he can grow into a big match-winner.

The 19-year-old left-arm medium pacer created waves by becoming only the second bowler in ODI history to bag two five-wicket hauls in as many matches first up.

Zimbabwe's Brian Vitori is the other player.

Streak, however, cautioned that Mustafizur should be handled carefully to get the maximum out of the pacer in the long run.

"I think that's where, as a coach, you have to be careful not to over-coach and just help guide them along," Streak was quoted as saying by ESPNcricinfo.

"When assistance is needed, you remind them. It is a very important part of coaching. Some people need more coaching than others. We have to be careful how we manage him.

"He is still very young. We have to be careful. He has taken 11 wickets, but we can't expect him to take five wickets every time. He has shown his potential. If we look after him and support him, he will be a big match-winner for us.

“When Mashrafe started, he was looked after throughout his career," the former Zimbabwe pacer added.

Mustafizur bowled the hosts to victory, claiming 5 for 50 in the first ODI and another match-winning spell of 6-43 in the next to give the Tigers their first bilateral series win over India. 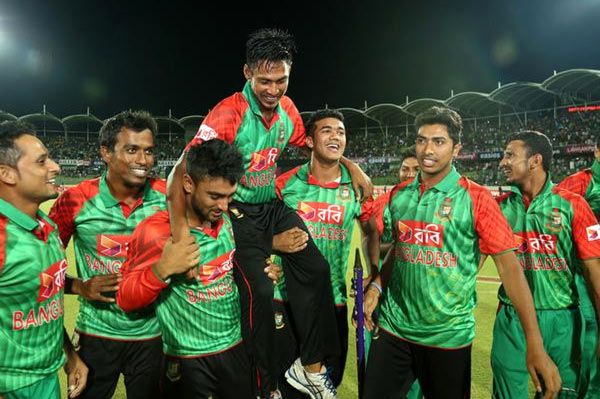 Bangladesh fast bowler Mustafizur Rahman is chaired around the ground by his team mates after winning the second ODI against India. Photograph courtesy: Bangladesh Cricket/Twitter

Streak though stressed on hard work and consistency for Mustafizur's longevity as a bowler.

"For me, he has to execute (his skills) more regularly and consistently. When you are training with the guys on a regular basis, you can make their skills better. There's no magic trick. It is making sure they are training at a high level for a long period of time.

"We discussed some other options (after the first ODI) if he didn't succeed with what he was doing in the first game, some variations that we might have to try to counteract it. India would have seen his video footage," he said.

The 41-year-old, who was appointed as bowling coach last year on a two-year stint, said that the support staff, including coach Chandika Hathurusingha, is working hard to improve the country’s fast bowling scene.

“I work closely with the head coach and we thought the Mirpur wicket does help the seamers," Streak said.

"Mustafizur has been bowling well. We fought hard to get him into the T20 squad against Pakistan and he showed what he is capable of. Since then it has been good to have Mustafizur, Taskin (Ahmed) and Rubel (Hossian) who we know can perform.

"Mashrafe (Mortaza) has been a consistent performer for Bangladesh for a long time now. We have a good group and we felt India wouldn't expect that."