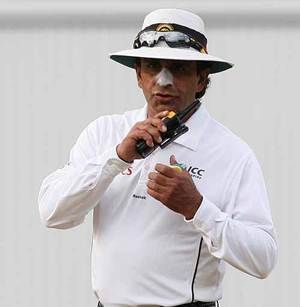 The Supreme Court panel, inquiring into the IPL spot-fixing scam, has come down heavily on the Mumbai police for being "not willing" to investigate the involvement of underworld don Dawood Ibrahim and protecting "lots of persons" involved in the betting syndicate.

The probe by the Mumbai police in the scandal was sharply criticised by a three-member apex court panel, headed by former Punjab and Haryana high court Chief Justice Mukul Mudgal. It raised questions on why the police allowed a Pakistani umpire to leave the country when it knew about his involvement in the scam.

"Mumbai police admitted that protection by the underworld is essential to run the organised betting syndicate in Mumbai. The police failed to inform the panel as to which gang gives this protection to the betting operation.

- What the Mudgal report says

"There is therefore cause for a distinct impression that for reasons not satisfactorily explained, the Mumbai police was not willing to investigate the involvement of Dawood Ibrahim in the betting racket," the report of Nilay Dutta, one of the members of the panel, said.

He said the Mumbai police was aware of proposed fixing of the match between Rajasthan Royals and Mumbai Indians three days before it was played on May 15 last year through intercepted calls of Pakistani umpire Asad Rauf but it did not take any action against him.

"Rauf was never detained by the Mumbai police and was allowed to leave the country on May 19 after completing his assignments. Even a discreet look out notice was not issued in the name of Rauf.

Mumbai Police to detain Rauf, a Pakistani umpire, indicates possibilities which require further investigation, keeping in mind the recent disclosure by the Union Home Minister that Dawood is presently based in Pakistan," the report, submitted to the Supreme Court on Monday, said.

The report said the police named only one person who placed bets and has been charged as an accused.

"Evidently Mumbai police is protecting lots of persons who are participants of betting activities through this syndicate," the report said, adding that Mumbai police has either been extremely naive in pursuing its investigation or has "deliberately not investigated" the entire betting operation.

"Curiously, the Mumbai Police has not charged anyone else except Meiyappan for laying bets in IPL matches through Ramesh Vyas, Vindu Dara Singh and others. It is absolutely unbelievable that Mumbai Police has failed to locate all such other players who were involved in this betting racket. It is unconceivable such a large betting syndicate would function for the benefit of only one person, Meiyappan," the report said.

It also noted lack of coordination between the Mumbai and Delhi police in handling the case.

"The fact that Mumbai police did not accept the role of Dawood Ibrahim in the betting racket in Mumbai evinces that the Delhi and Mumbai Police are working at cross purposes insofar as link to Dawood Ibrahim is concerned," it said.

"In such a grave matter of national security pertaining to involvement of a terrorist gang in running illegal hawala operations in the lucrative betting market in cricket, the two top police organisations cannot be permitted to work at cross purposes," the report added. 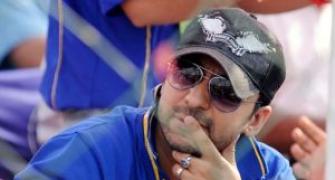 Will give up my shares if any wrongdoing found: Kundra 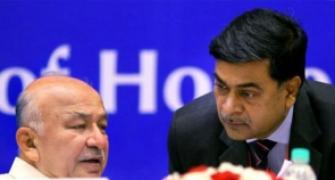 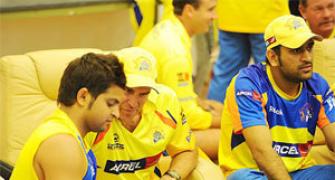 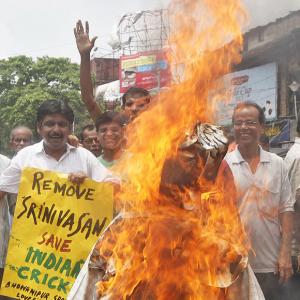 'Meiyappan found guilty in IPL-6'; What the Mudgal report says... 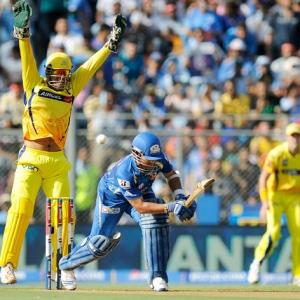 Did ex-BCCI chiefs know about fixing in IPL?