All-rounder Mitchell Marsh was called up to join his brother Shaun in the 13-man Australia squad for next week's third Ashes Test in Perth on Wednesday with seamer Chadd Sayers making way.

Marsh, who injured his shoulder playing the last of his 21 Tests in India in March and needed reconstructive surgery, is no stranger to the WACA as captain of Western Australia.

The 26-year-old would be expected to offer a fourth pace option to back up the strike trio of Mitchell Starc, Josh Hazlewood and Pat Cummins, who secured Australia a 120-run victory to give them a 2-0 lead in the series on Wednesday.

To get into the side, however, he will probably need to supplant Peter Handscomb or brother Shaun, who won the Man of the Match award for his unbeaten 126 in the first innings in Adelaide.

Handscomb, who bats at number five, has scored 14, 36 and 12 in his three innings in the series and looked jittery at the crease in his second innings in Adelaide.

© Copyright 2021 Reuters Limited. All rights reserved. Republication or redistribution of Reuters content, including by framing or similar means, is expressly prohibited without the prior written consent of Reuters. Reuters shall not be liable for any errors or delays in the content, or for any actions taken in reliance thereon.
Related News: Mitchell Starc, Peter Handscomb, Mitch Marsh, Shaun Marsh, Mitchell Marsh
COMMENT
Print this article 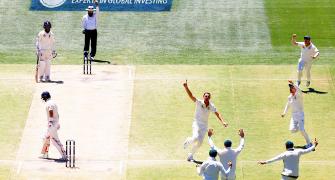 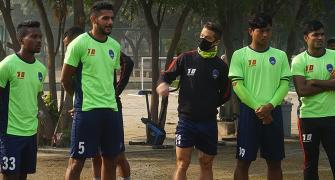 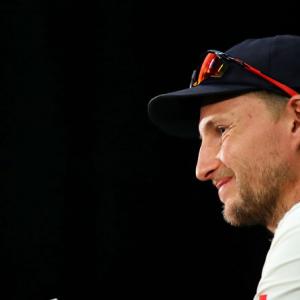