Over the years Bangladesh have produced cricketers of the calibre of Mushfiqur Rahim, Mushrafe Mortaza, Shakib-Al-Hasan, Mohammad Rafique among others and are one of the nine full members of the International Cricket Council that is part of the World Test Championship.

As Bangladesh completes 20 years in Test cricket, Norma Astrid Godinho picks nuggets about a cricket-passionate nation who no team can take lightly anymore. Led by Naimur Rahman, Bangladesh played its inaugural Test against India in Dhaka on November 12, 2000.

Its first series win abroad came against the West Indies in July 2009, winning the series 2-0. 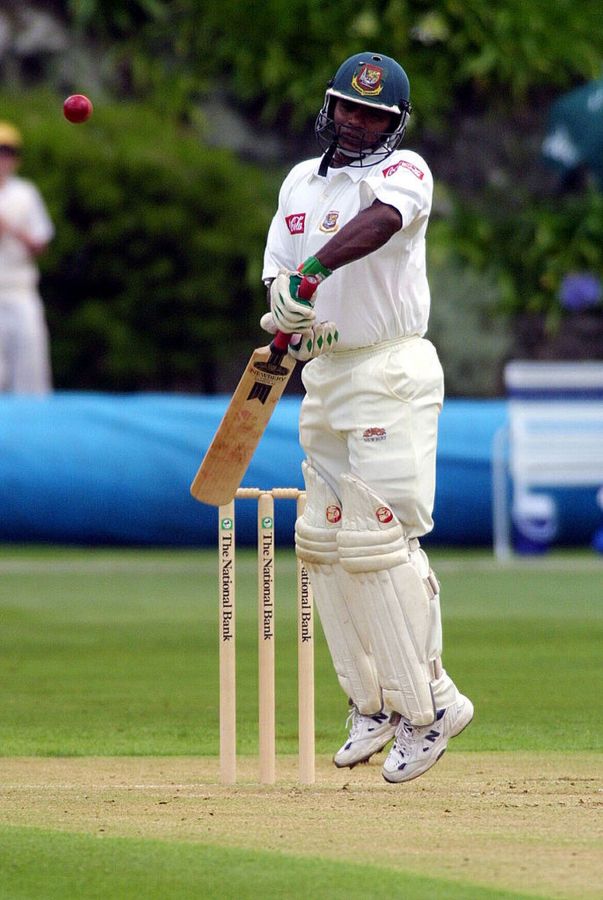 Its first Test was made more memorable when Aminul Islam became the first Bangladeshi batsman to score a Test century.

Islam scored 145 runs in the first innings and joined a rare club of cricketers who have scored a ton on their country's Test debut.

Australia's Charles Bannerman and Zimbabwe's Dave Houghton are the only other members of this club. IMAGE: Mushfiqur Rahim is set to go down as a legend of the game in Bangladesh. Photograph: BCCI

Mushfiqur Rahim has a slew of records against his name, including the highest individual score, most Tests as captain and most appearances in the longest form of the game. 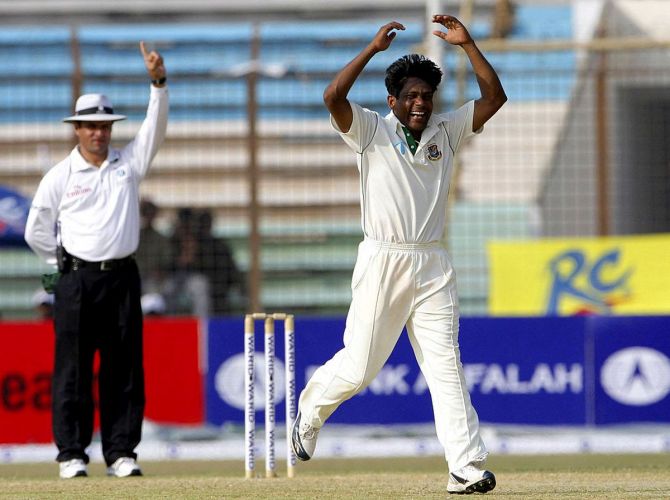 The first Bangladesh bowler to take 100 Test wickets was Mohammad Rafique. He was part of the country's inaugural Test team and went on to play 33 Tests.

On August 29, 2003, Bangladesh's Alok Kapali completed a historic hat-trick against Pakistan in the second Test in Peshawar. Shabbir Ahmed, Danish Kaneria and Umar Gul were his victims. On February 5, 2018, Mominul Haque became the first Bangladesh batsman to score centuries in both innings of a Test. His scores of 176 and 105 came against Sri Lanka in Chattogram. Bangaldesh recorded its first Test win over Australia when they beat Steve Smith's team by 20 runs in Dhaka in August 2017. All-rounder Shakib Al Hasan starred with two five-wicket hauls in the match. 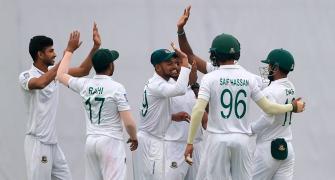 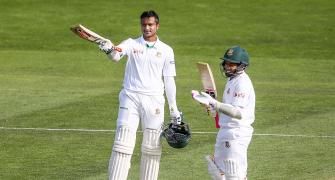