"The entire nation has lost a legend. May his soul rest in peace. My thoughts are with the family," Maken said in a message from Beijing, where he is leading an Indian youth delegation on a 10-day trip as part of an exchange programme.

The 70-year-old cricketer, one of India's earl fraternity, was suffering from interstitial lung disease, a condition in which the passage of oxygen to the two lungs is less than normal.

He is survived by his wife Sharmila Tagore, his actor son Saif Ali Khan and his two daughters Soha and Saba Ali Khan. His entire family was at his bedside when the end came at 5.55 pm on Thursday evening. 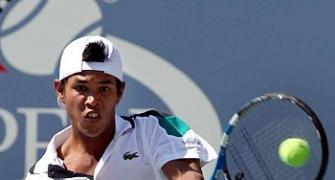