Lalit Modi's attempt to regain control of the Rajasthan Cricket Association failed for the second time in six months after the Board of Control for Cricket in India strongman lost an acrimonious election for the president's post to Union Minister C P Joshi in Jaipur on Monday.

Joshi, the Union Rural Development minister, defeated Modi 19-13 in the much-awaited election, which was marked by ugly scuffles between the two factions.

This is the second defeat for Modi, who is a BCCI vice-president and commissioner of the cash-rich Indian Premier League.

The RCA was having its second election in less than a year because Sanjay Dixit, who had defeated Modi in the March 1 election, could not keep his group intact and the State government had to form an ad-hoc body.

The Supreme Court then directed that the election be held, for which Justice (retired) N M Kasliwal was appointed observer.

Dixit returned to the RCA as secretary after defeating Rajendra Singh Rathore 19-14 in Monday's election.

Earlier, the elections took a violent turn when supporters of Modi and Joshi got embroiled in a scuffle outside the RCA office premises at the Sawai Mansingh stadium.

As the voting started, supporters from the two rival camps got into a brawl, which required police intervention.

Modi alleged that his supporters were intimidated and stopped from casting their votes.

"We will have to wait and watch at the end of the day. Some of my supporters are being beaten up and it is unfortunate," Modi said.

The police eventually drove out all the supporters from the RCA premises.

The scuffle started when Congress workers allegedly objected to the presence of about half a dozen armed bodyguards of Modi in the RCA premises.

Congress MLA Raghu Sharma asked the police to drive out the armed bodyguards but within no time the supporters from the two camps clashed with each other.

Joshi sought to distance himself from the incident and blamed Modi for instigating the violent clash.

"I am not on the spot, I don't know how these allegations are being made against me. I only know that the other party went with bodyguards. Why do you need bodyguards when you are going to cast your vote? You are coming with bodyguards and provoking us," he said.

Source: PTI© Copyright 2020 PTI. All rights reserved. Republication or redistribution of PTI content, including by framing or similar means, is expressly prohibited without the prior written consent.
Related News: Modi, Rajasthan Cricket Association, Congress MLA Raghu Sharma, Board of Control for Cricket in India, Joshi
SHARE THIS STORYCOMMENT
Print this article
'BJP must own up the act of Babri demolition' 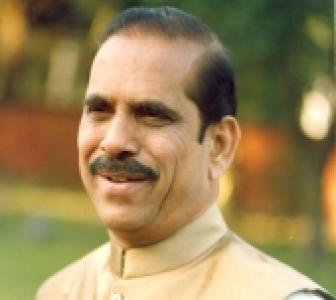 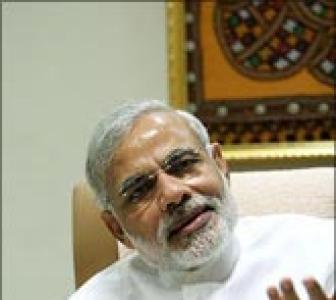 Modi woos Maruti to set up car plant in Gujarat 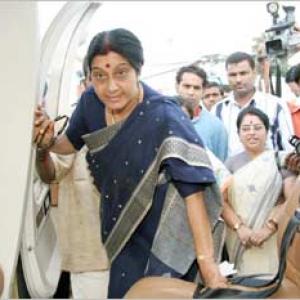