Sri Lanka's Kumar Sangakkara on Saturday completed 2,000 runs against Pakistan and in the process the left-hander also created a new world record, on the second day of the first Test, in Galle.

Sangakkara needed only 26 innings to reach this mark -- the least any batsman has taken in aggregating 2,000 runs against any particular opponent in the history of Test cricket.

The previous record was shared by India's Sunil Gavaskar and West Indian Brian Lara, who took 28 innings each to reach 2,000-run mark against West Indies and England respectively.

The quickest to reach 2,000 runs against a particular opponent:

Sangakkara was left stranded on 199, only the second batsman to suffer this fate in Test chronicles after Zimbabwean Andy Flower (against South Africa, at Harare in 2001).

He, however, now has 15 scores in excess of 150 -- the same as Ricky Ponting. Only Sachin Tendulkar, Brian Lara and Don Bradman have got more scores of 150 or more in Test cricket. 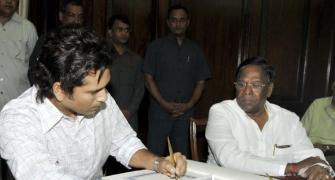 Won't shout in Rajya Sabha to express my view: Sachin 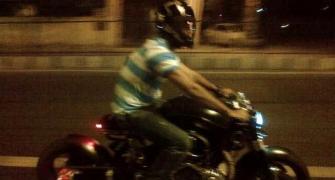 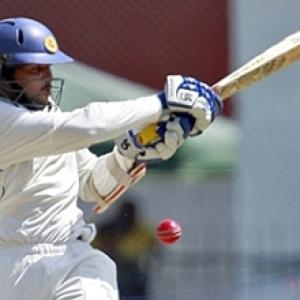 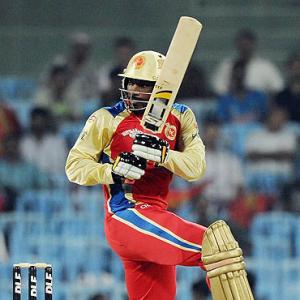