News
Business
Movies
Sports
Cricket
Get Ahead
Money Tips
Shopping
Sign in  |  Create a Rediffmail account
Rediff.com  » Cricket » Kohli should drop himself if he fails at Centurion: Sehwag

Kohli should drop himself if he fails at Centurion: Sehwag

'Citing that Ishant might benefit with his height, Virat Kohli has hurt Bhuvneshwar Kumar's self-confidence' 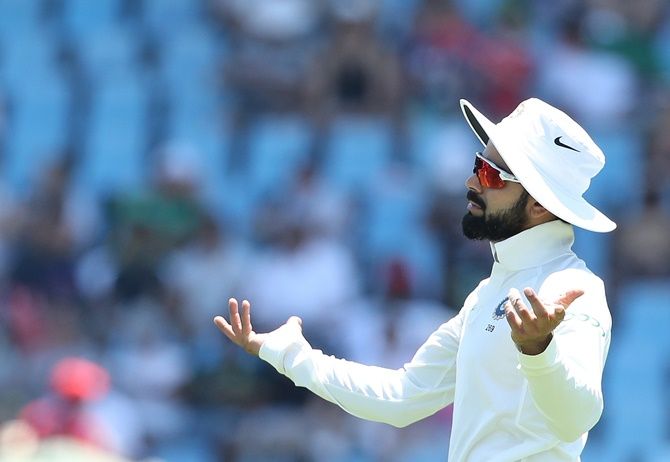 IMAGE: Virat Kohli of India during the first day of the second Test match against South Africa. Photograph: BCCI

Former swashbuckling opener Virender Sehwag, on Saturday, stated that Virat Kohli "should drop himself" if he fails in the second Test against South Africa, launching a scathing attack on the India skipper for his team selection.

Coming into the game at Centurion after suffering a 72-run defeat in the first Test, India made three changes to their playing XI with KL Rahul replacing Shikhar Dhawan and Ishant Sharma coming in for Bhuvneshwar, whose three-wicket burst in the first morning of the opening Test had rocked the hosts.

"Watching Virat Kohli excluding Shikhar Dhawan for just one Test failure, and Bhuvneshwar for no reason at all, Kohli should drop himself in the third Test at Centurion, if he fails to perform in Centurion," Sehwag told India TV.

The other change was wicketkeeper Wriddhiman Saha, who was ruled out due to a strain, and Parthiv Patel was included is his place.

"They could have played Ishant in place of any other bowler. Bhuvneshwar performed well in Cape Town and excluding him like this isn't justified," Sehwag added.

India's record of nine consecutive series victories is on the line after the hosts took a 1-0 lead in the three-match series.

It is only the second match in India's 12-Test long overseas schedule in 2018-19, and already they are faced with a must-not-lose situation in a bid to keep this series alive.

© Copyright 2020 Reuters Limited. All rights reserved. Republication or redistribution of Reuters content, including by framing or similar means, is expressly prohibited without the prior written consent of Reuters. Reuters shall not be liable for any errors or delays in the content, or for any actions taken in reliance thereon.
Related News: Virat Kohli, Bhuvneshwar Kumar, Virender Sehwag, Shikhar Dhawan, India
SHARE THIS STORYCOMMENT
Print this article 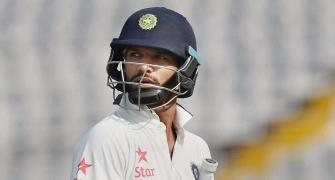 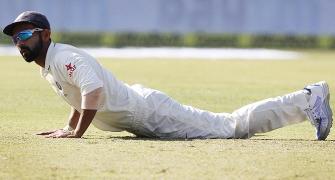 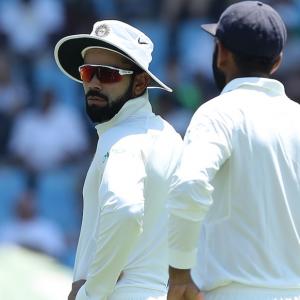