Kohli set to play vs KXIP despite split webbing 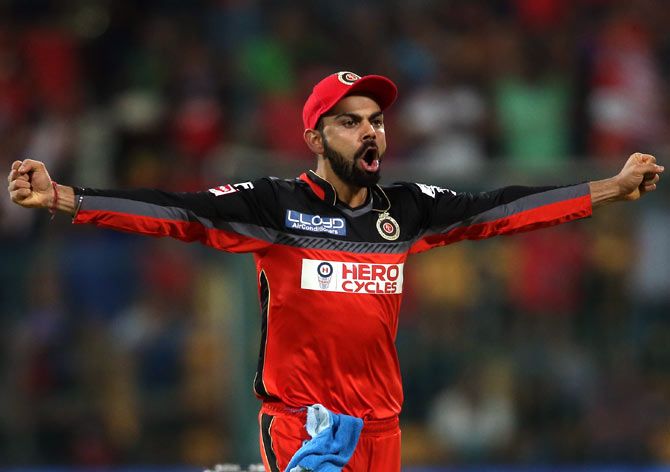 Enjoying one of the best phases in his career so far, Royal Challengers Bangalore's inspirational leader Virat Kohli is ready to play through pain against Kings XI Punjab with multiple stitches in his split webbing in another must-win IPL encounter in Bengaluru on Wednesday.

Kohli sustained split webbing in his left hand while fielding against Kolkata Knight Riders as he went for a diving catch. He left the field briefly to get medical assistance, got his webbing taped and was back in field. He then played another classy knock to keep RCB's play-off qualification hopes alive.

"I might need 7-8 stitches," Kohli had said after the match but if KXIP thought that the opposition skipper will make himself unavailable, they would be in for disappointment as RCB's manager Avinash Vaidya said that India's No 1 batsman will be playing in this crucial encounter.

IPL's perennial whipping boys KXIP are out of the tournament and are in a mood to complete formalities while RCB will be hoping that they record another big win to take their points tally to 14 and survive to fight till the last round of the league engagements. RCB are currently lying fifth and two wins will take them to the play-offs. For Punjab, who have now lost Glenn Maxwell due to a side strain, their job will be to make life difficult for the RCB but on a small Chinnaswamy ground, the possibilities are pretty less.

As the tournament reaches the business end, RCB's much vaunted batting line-up is giving nightmares to the opposition. Kohli has left his competitors far behind in his bid for 'Orange Cap' with 752 runs to his credit in 12 matches so far which includes a whopping three hundreds in a single edition.

He has also surpassed Chris Gayle's (733) record of maximum runs in a single IPL season.

Their savage attacking skills apart, Gayle's return to form with a smashing 49, will also be a cause of worry for Murali Vijay's side, especially on a pitch considered to be batting paradise. Kohli has got tremendous support from AB de Villiers, who has also scored 597 runs and is second in the list of run-getters. KL Rahul has also had a good IPL so far with 332 runs which includes four 50-plus scores.

Such has been the dominance of the RCB duo that someone as explosive a batsman as Gayle has termed them as 'Batman' and 'Superman'.

The worry for RCB throughout the tournament has been their weak bowling attack, which has time and again fallen apart in crunch situation. It has purely been the batsmen, especially Kohli and De Villiers, who have been able to cover up the chinks in the RCB armory.

The only impressive bowler in their line-up is Yuzvendra Chahal, the slightly built leg-spinner from haryana, who has taken 12 wickets in 9 matches. Shane Watson with 14 wickets has been the top wicket-taker for the franchise but the Aussie has gone for nearly 8.5 runs (8.49) per over.

With the absence of Adam Milne, Mitchell Starc and leggie Samuel Badree due to injuries, the onus has fallen on the shoulders of Watson and England seamer Chris Jordan, to bail the team out during death overs.

For KXIP winning a couple of matches to finish on a high will be a top priority. Despite a stellar knock of 96 by Hashim Amla, it was Sunrisers Hyderabad, who walked away with the match, thanks to late surge by Yuvraj Singh after initial onslaught by David Warner.

The rumours of rift between one of the owners and team management did make the matters worse in what turned out to be a disastrous campaign for the KXIP. 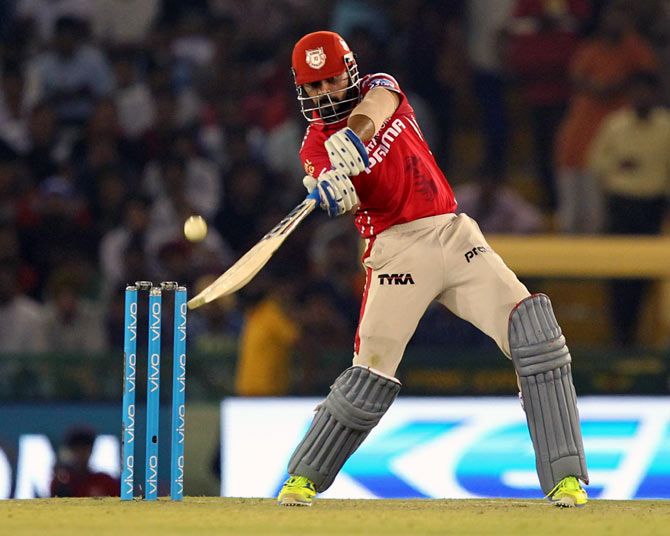 The few positives that they can take from a tournament like this is batting form of their skipper Murali Vijay 387 runs and the impressive bowling by their seamers Sandeep Sharma (13 wickets) and Mohit Sharma (12 wickets). Left-arm spinner Axar Patel with 11 wickets including a hat-trick has not been bad either but somehow failed to click as a team. 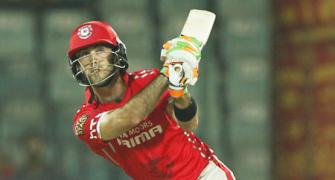 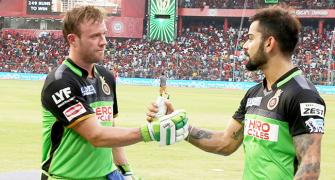 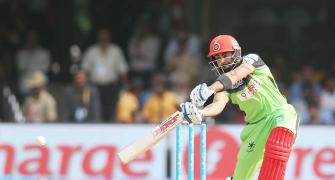 'Now I believe more in my ability to hit sixes' 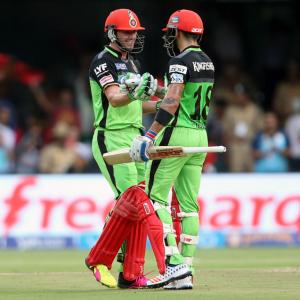