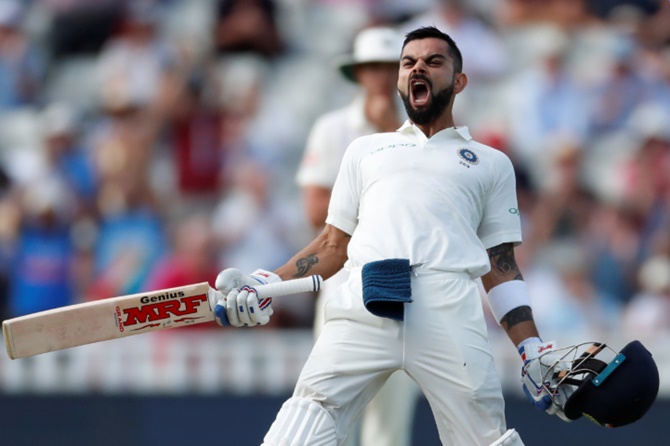 Virat Kohli single-handedly kept India in the first Test with his maiden hundred in England but the captain would still rate the memorable knock second to his 141 in a lost run-chase against Australia in Adelaide almost four years ago.

"I don't know. This could come second to Adelaide. Adelaide remains very special to me. It was second innings and we were chasing a target (364) on day five," Kohli told bcci.tv after his masterful 149 on Day two in Birmingham.

"I had total clarity in my mind that we were going for the target. That was a beautiful zone to be in. About this innings, I am very happy and grateful," he added.

Kohli had scored two hundreds in the game at Adelaide in December 2014 but lack of support led to India losing the game by 48 runs.

It was tough in the middle yesterday with the ball moving around but Kohli overcame the challenge to register his first 40-plus score in England. His 149 was 15 more than the sum total of his 10 innings in England four years ago.

Kohli was the last wicket to fall, taking India to 274 all out from a precarious 182 for eight. The effort was just 13 shy of England's 287 in the first innings. The skipper said he was disappointed at not being able to take a lead.

"It was not only about getting to the three-figure mark but to continue from there on. I was very disappointed when I got out because we could have taken a 10-15 run lead. But in hindsight we would not have been able to bowl at them. I am just happy with my preparation and not worried about the world," he said.

His nemesis on the previous tour, James Anderson, tested him to the hilt but this time Kohli came out on top.

"It was difficult. I told myself it was important to enjoy this, take it upon me as a challenge to take the team far," said Kohli when asked about his mindset in the middle where the other batsmen struggled.

"It was a test of physical and mental strength but I am glad we could come close to their total and we are pretty much in the game. When you can help the team that way it feels great."

"I have to commend the tail as well. Hardik Pandya batted really well and Ishant and Umesh too applied themselves at the end. The support from them was outstanding," Kohli added. 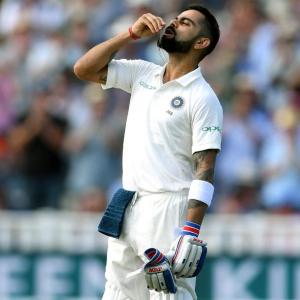 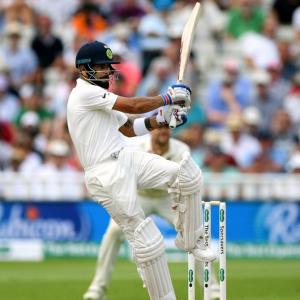