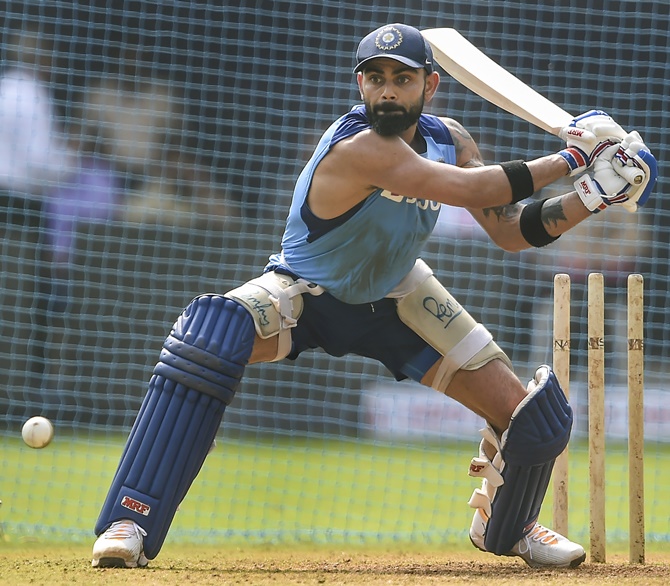 IMAGE: Virat Kohli bats during a training session ahead of the first ODI against Australia at Wankhede Stadium. Photograph: Kunal Patil/PTI

India captain Virat Kohli will be chasing another rare feat, on Tuesday, as he is just one century away from equalling batting icon Sachin Tendulkar's number of ODI tons on home soil.

Tendulkar holds the Indian record for most centuries in the 50-over format, scoring 20 of those at home.

But Kohli, who currently has 19 centuries on home soil, has a chance to equal the feat when he leads India in the first ODI of the three-match series against Australia, in Mumbai, on Tuesday.