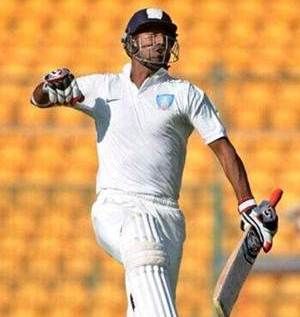 Up-and-coming Karnataka batsman Lokesh Rahul and Uttar Pradesh leg-spinner Karn Sharma were named in India's 19-man Test squad for the tour of Australia, which was announced after the selection committee of the Board for Control of Cricket in India met in Mumbai on Monday morning.

Captain Mahendra Singh Dhoni will miss the opening Test, from December 4, at the Gabba in Brisbane, because of an injury and Virat Kohli will stand in for him.

Suresh Raina made a comeback to the Test fold while wicketkeeper-batsman Naman Ojha also found a place in the squad.

"Virat Kohli will lead India in the first Test, starting on 4 December 2014, in Brisbane. M.S. Dhoni has been rested for the first Test as a prophylactic measure to ensure optimum recovery. He will join the team from the second Test onwards, and will lead the team for the rest of the Test series," read a statement from BCCI secretary Sanjay Patel.

The selectors also announced the team for the last two ODIs against Sri Lanka, in Kolkata (November 13) and Ranchi (November 16).

Rohit Sharma will replace Dhawan, while Robin Uthappa also returned to the side at the expense of Saha.

Injured pacer Ishant Sharma has been left out of the ODI team for the last two matches, his place going to Vinay Kumar.

The selection of the squad for the upcoming series Down Under also included inputs from former captain Rahul Dravid, who apparently had suggested Rahul's inclusion.

Rahul, who had fantastic run in the domestic season scoring 1,033 runs (@68.86) in the last Ranji season and also impressing in the recent Duleep Trophy, has been chosen as a specialist opener.

Karn Sharma too was rewarded for his consistent showing. He picked four wickets for India 'A' in the one-off warm-up against Sri Lanka, and had an excellent season for Sunrisers Hyderabad in the last IPL, claiming 11 wickets in 13 matches at an economy rate of 6.60.

India and Australia will play a four-Test series, for the Border-Gavaskar Trophy, from December 4 to January 7, 2015. The matches will be at Brisbane, Adelaide, Melbourne and Sydney.

The team will depart for Australia on November 21. 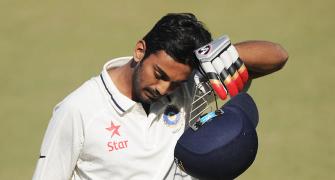 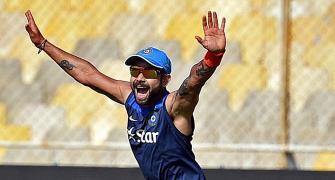 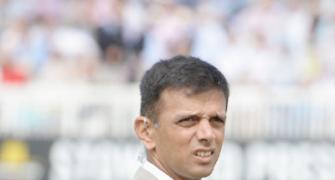 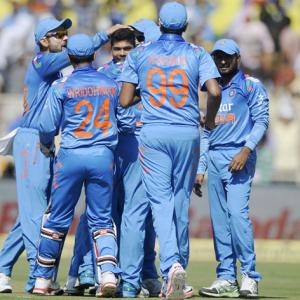 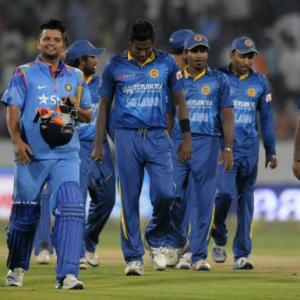