Representing a nation outside the 'Big Three' means his name is neither taken in the same breath, nor does it carry the same weight, as that of his contemporaries, like Virat Kohli, Steve Smith, David Warner or Joe Root.

However, with an impeccable tally of 2,633 runs across all formats this year, Kane Williamson, says Bikash Mohapatra/Rediff.com, is right up there among the pantheon of modern greats. 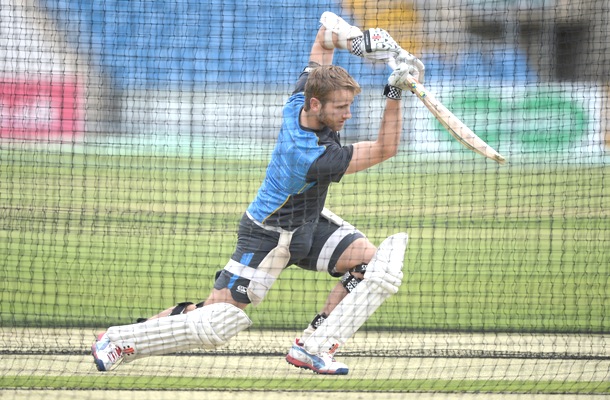 It was the first Test at the Sardar Patel stadium in Motera, in November 2010.

Batting first, the India piled up a formidable 487 and reduced the visiting New Zealand side to 137 for four.

It wasn't the perfect occasion to make a Test debut, but the young batsman seemed unperturbed, his composure belying his age.

Batting with confidence and poise, he first helped Jesse Ryder (103) add 194 runs for the fifth wicket, and then combined with his captain (Daniel Vettori) to bolster the visitors' total by another 84 runs.

In the process, he became the youngest New Zealand cricketer to score a century on debut, while also helping his team comfortably draw the match.

'Patience was the key to my innings,' he said afterwards.

Since then, it's been all about patience!

Five years on, Kane Williamson is the first New Zealand batsman to reach the top spot in the International Cricket Council’s Test rankings. 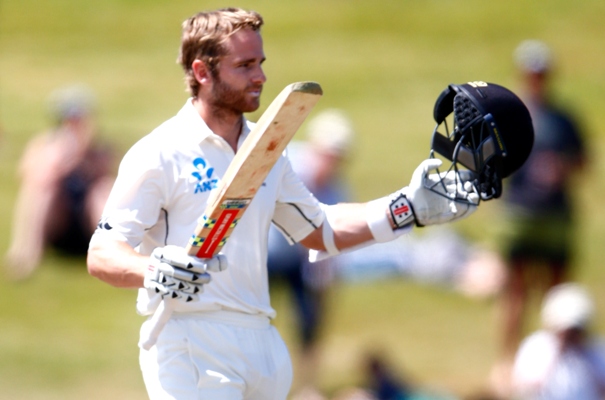 IMAGE: Kane Williamson of New Zealand raises his bat after completing his century during day four of the Second Test against Sri Lanka at Seddon Park. Photograph: Phil Walter/Getty Images

At a time when batting is characterized by aggression, flamboyance and impatience, here's a batsman who seemed to be in no hurry. His demeanour, composure and ability to counter a high-pressure situation has made him arguably the best of his generation.

All of those qualities were on display again as New Zealand attempted to counter a resilient Sri Lankan side in the second Test at Seddon Park (Hamilton).

Even as the other New Zealand batsmen fell to the pace and bounce of Dushmantha Chameera, Williamson stood like a rock.

Ahead of the fourth and final day of the match, unbeaten on 78 at that stage, he admitted to being under pressure, what with half the New Zealand side back in the pavilion.

As it panned out, the 25-year-old from Tauranga completed his 13th Test century, his fifth of the year, while helping the Kiwis knock off the 47 runs required for victory, and extend their enviable home record, now 13 Tests unbeaten. 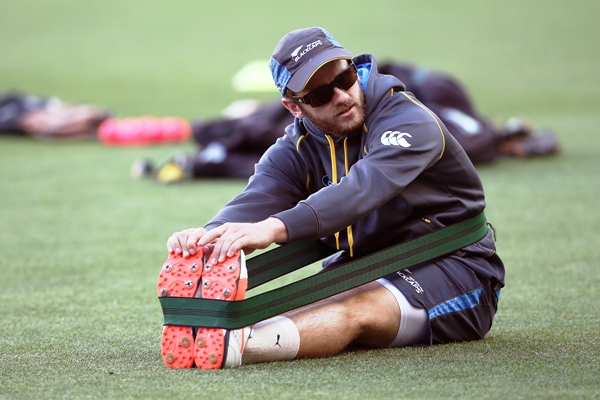 Williamson's unbeaten 108 earned him the player of the match and series honours. It also ensured he ended the year with the best average among Test players, a Bradmanesque 90.15, Australia's Adam Voges (76.83) being the next best.

Besides, it took him past Brendon McCullum’s New Zealand record of 1,164 Test runs in a calendar year.

Williamson amassed 1,172 runs in eight Tests this year. His contribution to New Zealand is not only about the big numbers; it is about the impact.

Since his debut, the young batsman has made the difference for his side. The magnificent 192 in third Test against Pakistan in Sharjah last year presents a perfect example.

It helped New Zealand earn a Test victory in the Middle East, something teams of the calibre of Australia and England failed to.

Another instance is that splendid 242 not out in the second innings of the second Test against Sri Lanka at the Basin Reserve (Wellington) at the start of the year. The innings completely nullified an equally formidable one by Kumar Sangakkara (203) and helped New Zealand to a 193-run victory. 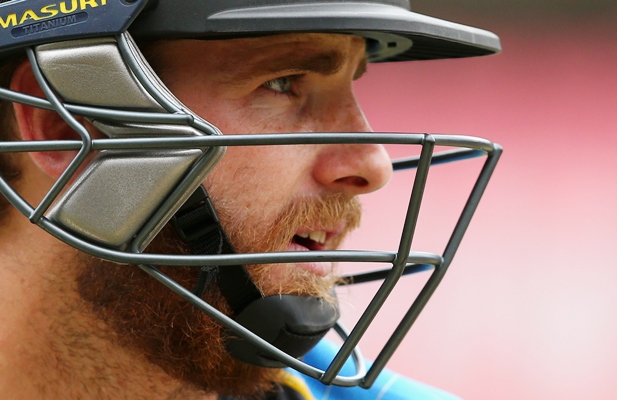 He was the only Black Caps player to offer a semblance of resistance in the opening Test against Australia at The Gabba last month -- scoring 140 and 59 -- even as the hosts won by 208 runs.

So effective was his counter-punching that Australia spearhead Mitchell Johnson later admitted to have underestimated the imposing threat and consequently paying the price.

'It is a bit of a surprise to me, the way he played. I hadn't seen a lot of him. I knew about him (but) I didn't realise what a good player he is. He can play all of the shots,' confessed Johnson, after Williamson scored at more than a run-a-ball against him.

Johnson did not learn his lessons well, though, as Williamson punished him yet again in the second Test at the WACA (Perth), en route to another memorable 166.

It turned out to be the Aussie's final Test. 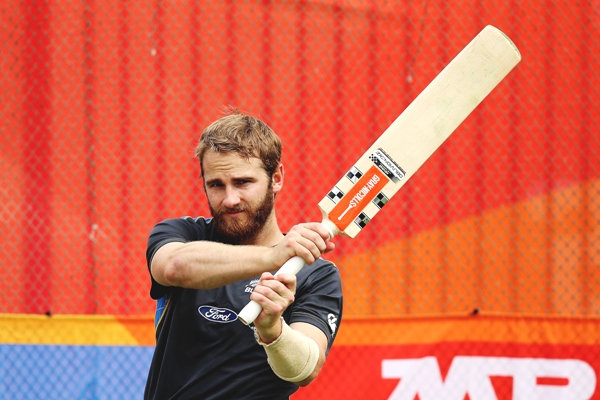 It is not that Williamson's contributions are confined to the game's traditional format. He is equally capable in the limited-overs' format too, a haul of 1,317 runs in 26 ODIs (@57.26) providing ample testimony of his prowess.

Representing a nation outside the 'Big Three' means his name is neither taken in the same breathe, nor does it carry the same weight, as that of his contemporaries, like Virat Kohli, Steve Smith, David Warner or Joe Root.

However, his impeccable recent record – 2,633 runs across all formats this year -- has ensured Williamson can no longer be denied his rightful place among the pantheon of modern great greats.

'It's always nice to get a score but it means more when you spend some time in the middle and make a larger contribution to a team performance,' he was quoted as saying soon after becoming the top-ranked batsman.

Williamson has already justified the tag! 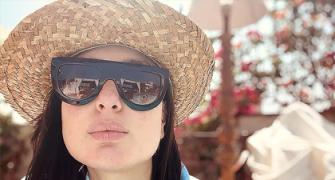 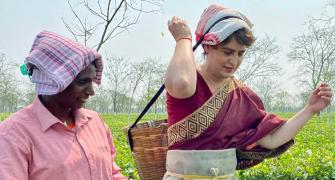