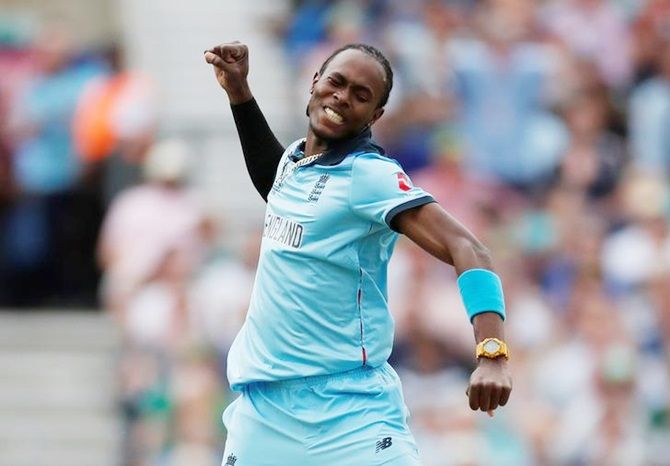 Jofra Archer showed why England could not leave him out of their final ICC Men’s Cricket World Cup squad as he bowled them to opening win against South Africa.

In just his fourth ODI, Archer struck the early blows and made a later incision in his team’s defence of 311, 23 runs fewer than what they made when they batted first in the inaugural World Cup match in 1975, where they totalled 334 /4 against India.

Then, successful chases of over 300 were considered the exception; now, they are regarded as the norm. Add to that the pre-match talk of a run-fest and England’s score appeared slightly underwhelming until Archer got in on the action.

In a five-over opening burst, he stunned South Africa with pace and aggression and then returned in the second half of the innings to blunt any hope Faf du Plessis’s men had of an ambush at the end.

Archer (3 for 27 from 7 overs) greeted South Africa with an all-too-familiar weapon, the short ball. Hashim Amla and Quinton de Kock found themselves needing to fend off quick, well-directed bouncers.

In the fourth over, Amla missed an attempted pull shot off one of Archer’s deliveries and was struck on the grille. He received on-field treatment and a new helmet arrived but Amla left the field, pointing to his forehead. He then underwent repeated Concussion Assessment Tests including computerised testing while his teammates tried to keep up with the required run-rate.

Quinton de Kock and Aiden Markram took the fight to England but Archer was having none of it.

The ball after Markram slayed Archer through the covers, he responded with a wider line and found extra bounce to trap Markram as he pushed from the back foot and edged to slip. That was England’s first wicket of the World Cup and it went to their least experienced bowler to the roar of The Oval crowd.

Faf du Plessis had the perfect riposte and drove Archer through the covers for four off the next ball but Archer had the last laugh. In the next over, he lured Du Plessis into the pull shot but the South African captain top-edged. Moeen Ali at fine leg took the catch to complete an outstanding first spell from Archer.

South Africa were 44/2 after 10 overs with neither their captain nor their most experienced batsman, Amla, at the crease and Archer had issued his early warning. He was not needed to remove the biggest threat to England, Quinton de Kock, but was brought back in in the 32nd over, when a lesser known player had started to threaten.

Rassie van der Dussen had just brought up his fifth career half-century in 10 matches and though he was fast running out of partners, England wanted him out of the way. He was rushed into taking Archer on but only got his pull as far as mid-on where Moeen finished the job.

By then, Amla had been cleared to bat by both the South African team doctor and the tournament’s chief medical officer. He returned to face the same bowler who earlier forced him off the field. Archer welcomed him back with an 88mph bumper.

In the 11 editions of the tournament before this, the team batting second in the opening match has only won twice. In 1979, West Indies chased 191 against India with 51 balls to spare and 20 years later, in 1999, England hunted down Sri Lanka’s 204 with 10 balls remaining. History may have hinted another heist could take place in 2019, but England have their attack, and specifically Archer, to thank for preventing that.

The hosts opened their account with a big win and left South Africa with plenty to ponder about the make-up of the XI. South Africa only have a two-day turnaround and will play Bangladesh in their second match on Sunday. 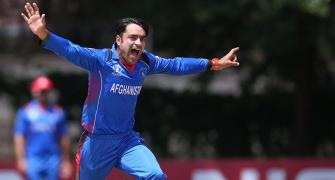 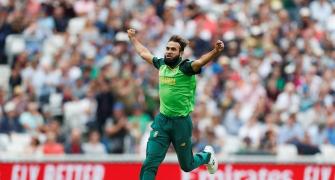 Tahir first spinner to bowl first over in World Cup 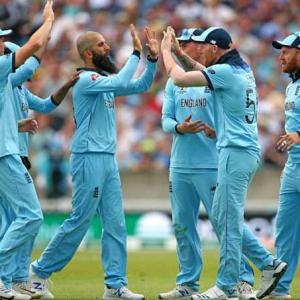