Veteran pace spearhead Jhulan Goswami made a comeback in the India women's ODI squad for the tour of England, while hard-hitting Women's T20 Challenge sensation Kiran Navgire earned her maiden India call-up in the shortest format.

Goswami, who will turn 40 in November, last played for India at the ODI World Cup in New Zealand in March.

While her contemporary Mithali Raj had retired, the veteran seamer was nursing an injury and wasn't picked for the Sri Lanka tour.

While there were speculations that she could retire but the 201-match seasoned campaigner is ready to add to her tally of 252 wickets, which is highest in the world in the 50-overs format.

The T20I squad saw the return of Richa Ghosh in the main squad after being questionably left out for the 2022 Commonwealth Games at the expense of Taniyaa Bhatia, who has once again regained her place in both squad.

While Richa has been picked in the T20I squad, Yastika Bhatia has managed to retain her place in the ODI team.

But the biggest talking point was the burly Kiran Navgire, a Maharashtra native, who plays domestic cricket for Nagaland.

Her 34-ball-69 which had five towering sixes for Velocity during a Women's T20 Challenge game against Trailblazers gave a glimpse of her power-hitting and alongside Shafali and Richa would add impact to the team.

Among those who once again missed out are veteran seamer Shikha Pandey, who has been repeatedly ignored and leg-spinner Poonam Yadav, who perhaps needs to reinvent her bowling to make a comeback. 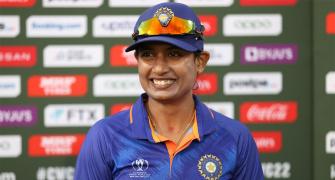 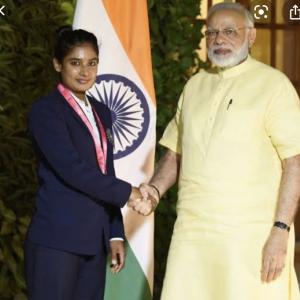