Indian domestic cricket rarely makes news until records are broken. But trust Shanthakumaran Sreesanth to make news wherever he goes. 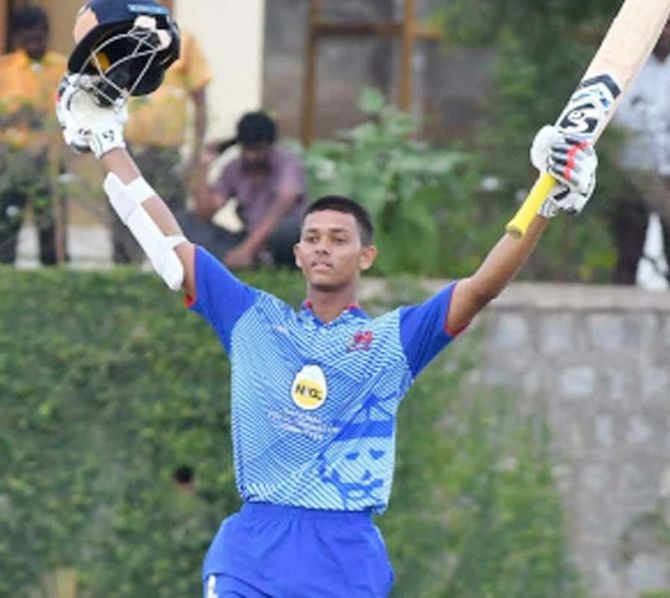 On Wednesday, in the ongoing Syed Mushtaq Ali Trophy, an encounter between India Under-19 World Cup star Yashasvi Jaiswal and Sreesanth stood out. 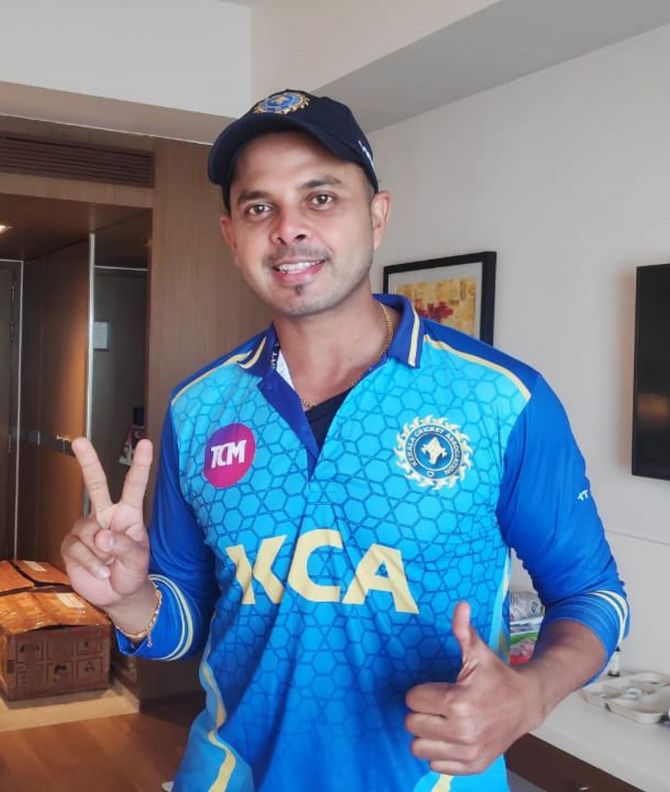 Sreesanth had marked his return to professional cricket on Monday with a wicket in his first competitive game -- against Puducherry -- in seven years.

On Wednesday, in the Kerala-Mumbai tie, Yashasvi opened the innings for Mumbai and appeared in quite an aggressive mood with the bat. 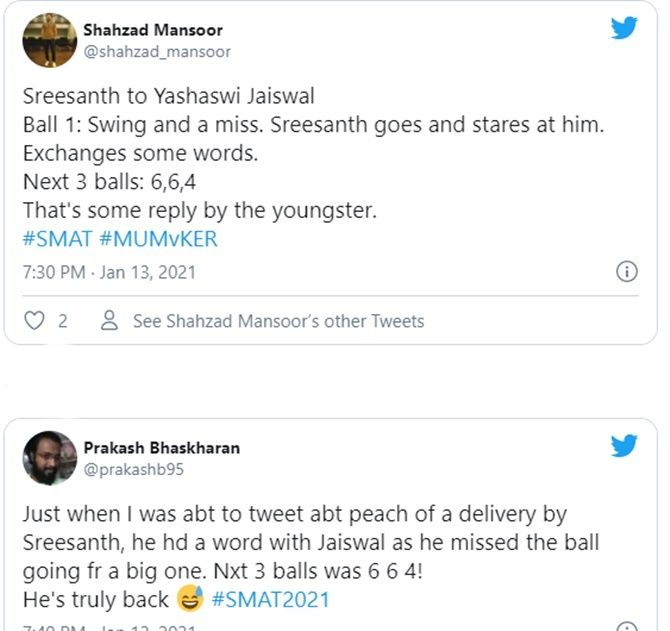 Sreesanth came to bowl the sixth over. Mumbai were going well at 39/0.

Jaiswal tried to go after Sreesanth in the first ball of the over, swung and missed.

The Kerala pacer -- who turns 38 on February 6 -- immediately stared at Yashasvi, who is half his age (19), and apparently sledged him.

Unfazed, Yashasvi responded in style, hitting 6,6 and 4 off Sreesanth's next three deliveries.

Sreesanth went for 47 runs at the end while Yashasvi scored 40 off 32 balls. 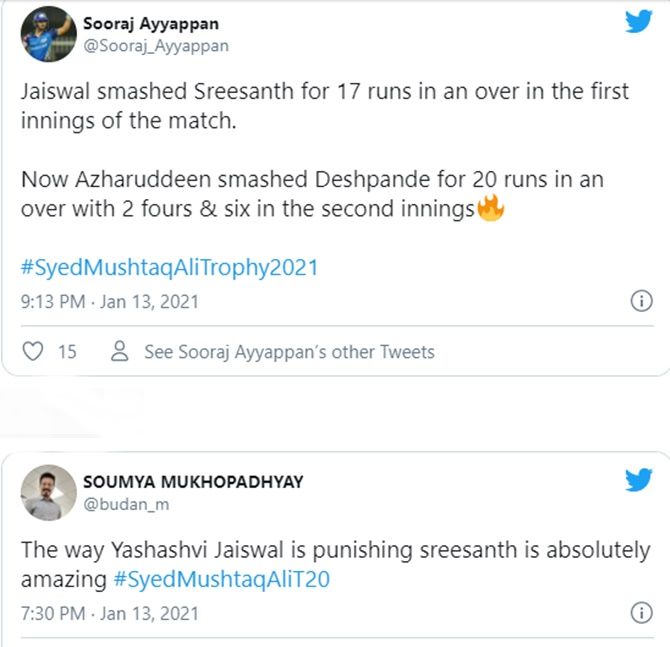 But Mohammed Azharuddeen slammed a 37-ball century to power Kerala to an 8 wicket victory. 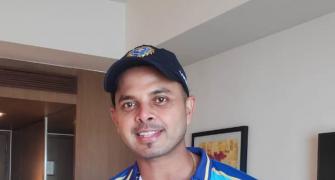 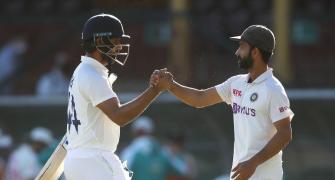 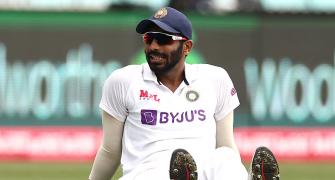 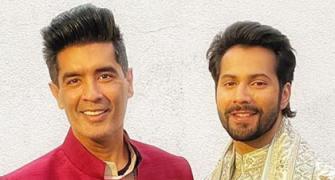 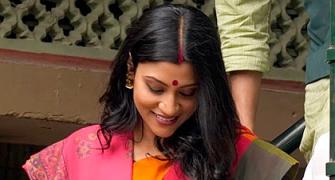 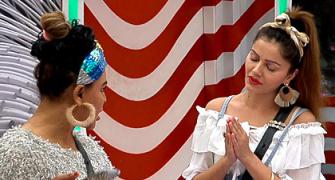 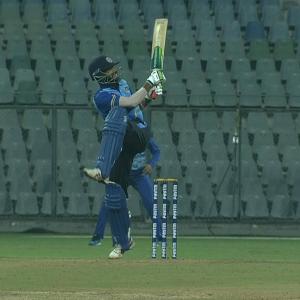 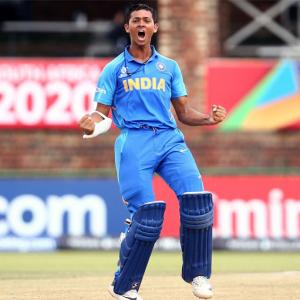