"This is not the Virat Kohli that we know. The number of mistakes that he has committed this season, he hasn't done it in his entire career,' says Virender Sehwag. 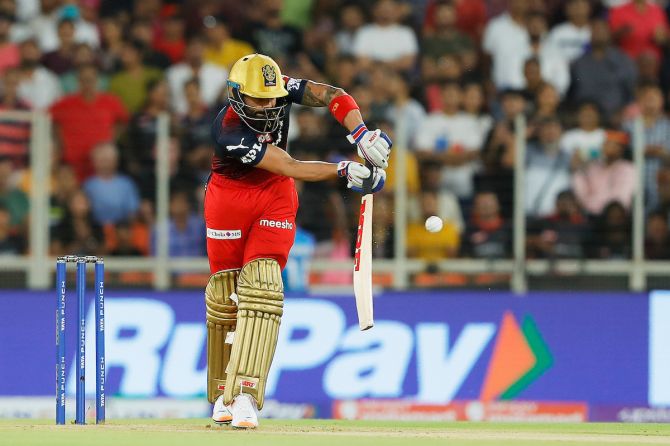 Virat Kohli has made "more mistakes in one IPL season" than he has in his entire 14-year international career, feels Virender Sehwag, who is seeing a "different version" of the former India captain than what one is used to.

Kohli, who hasn't scored an international hundred for more than two-and-half years, is enduring his worst slump, having aggregated 341 runs in 16 IPL games at a below-par average of 22.73 and two half-centuries. He opened the innings in most of Royal Challengers Bangalore’s matches.

"This is not the Virat Kohli that we know. This is a different Virat Kohli playing this season. Otherwise, the number of mistakes that he has committed this season, he hasn't done it in his entire career," Sehwag told Cricbuzz.

Sehwag, one of India's greatest match-winners in his prime, however empathised with Kohli. He feels India's No.1 batter has got out in all possible manners in his desperate bid to try out different tactics.

"It can happen when you are not scoring runs. You try looking at various options to get out of bad patch and that leads you to getting dismissed in various ways. This season, Kohli has been out in all possible ways that one can think of," the man with 17,000-plus international runs across formats, added.

In the second qualifier, Kohli chased a fast, rising delivery from pacer Prasidh Krishna, which was wide outside the off-stump, giving a simple catch to Rajasthan Royals skipper Sanju Samson behind the stumps.

"When you are out of form, then you have tendency of trying to middle each and every delivery. A batter thinks if I can middle the ball, I will gain more confidence.

"However, Virat did leave a lot of deliveries in that first over (from Trent Boult) but this is what happens when you are out of form. You tend to chase the deliveries wide outside the off-stump. You start following each of them. So when you have luck going your way, even in bad form, you will not edge it but here this didn't happen," the former opener explained.

What did catch Sehwag's attention was his indecisive poke at the delivery.

"The delivery that he got out to -- it had pace and bounce. So he could have either left it or may be just go hard at it. Who knows, it might have flown over ‘keeper's head but what he did was give simple catch practice. It was as if he was giving catching practice like we do for the slip fielders during net session," he analysed.

Sehwag did not mince words when he said that Kohli did disappoint his millions of fans as one expects stars to own the big stage.

"He has certainly disappointed everyone. We all expect that in a big game, the big player will perform, he disappointed not only himself but also his legion of fans and the RCB fans."

Former India ‘keeper Parthiv Patel raised a pertinent point about Kohli not having the cut shot in his repertoire, which at times comes handy during lean patches.

"On a bouncy track, one needs to play the cut shot. But Virat never plays the cut shot, that's not his technique. So the delivery that got him out, a very similar delivery was also bowled to Rajat Patidar, who slashed hard and it went over fielder's head for four runs," said Parthiv. 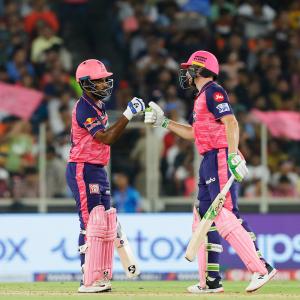