Mumbai’s recent record at the Irani Cup isn’t very flattering, the last of its 14 titles having come back in 1997-98 (when it was still referred to as Bombay in the tournament).

The tournament per se hasn’t been too kind to the national champions in recent years, the Rest of India (RoI) side having won on each of the last seven editions. 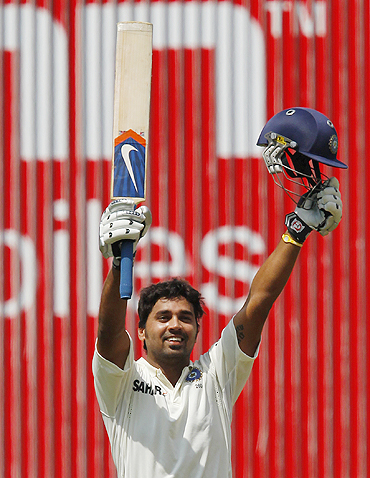 Add to it the fact that Mumbai, fresh from winning a 40th Ranji Trophy title, lost their captain (Ajit Agarkar) ahead of the match -- to a groin injury -- and it didn’t augur well for a side that has finished second best in each of the last seven Irani Cups it has featured in.

Having said that, Wednesday morning brought hope for the team, playing on their home ground --the Wankhede stadium.

Shortly before the start of the match, the visitors lost the services of their captain, Virender Sehwag pulling out of the match with an upset stomach, handing over the reign to Harbhajan Singh.

The latter got it wrong with the coin and Abhishek Nayar had no hesitation in asking RoI to bat first.

Mumbai had invited Saurashtra to bat first in the Ranji final, at the same venue, a few days back and taken advantage of the situation. Nayar’s decision was palpably influenced by the same.

An encore seemed a distinct possibility. Only the Mumbai bowlers weren’t up to the task on this occasion.

On a wicket that offered considerable movement in the first hour or so, the home bowlers were guilty of some very wayward bowling. They kept peppering the RoI batsmen with short and wide stuff, thereby helping them settle down in the initial stages.

Murali Vijay and Shikar Dhawan soon started asserting themselves on the bowlers and put on a solid opening partnership to ensure RoI a solid platform.

The visitors went into the lunch break comfortably-placed at 130 without loss (35 overs) as the home bowlers flattered to deceive.

Shardul Thakur provided Mumbai a much-needed breakthrough in the fourth over after resumption, getting through the defence of Dhawan. The batsman made 63, a knock inclusive of 11 hits to the fence, and helped Vijay put on 144 runs for the opening wicket.

The latter had fortune on his side shortly after. Vijay, on 79 then, nicked a Shardul delivery and Tare made no mistakes behind the stumps. Unfortunately for Mumbai, it was adjudged a no ball.

Shortly after, a boundary wide of mid-on (off Dhawal Kulkarni) helped Vijay complete a well-deserved hundred. The 28-year-old had had an awful Ranji season -- with a highest score of just 42.

However, he probably got confidence from the fact that the last time he played in the Irani Cup --against Rajasthan in Hyderabad last year -- he had registered the highest individual score in the tournament's history (266), beating a 22-year-old record at that.

Vijay and Manoj Tiwary added a further 78 runs for the second wicket before Nayar had the latter out leg before, even as RoI went into the second breather at 231 for two (62 overs).

Captain Nayar provided Mumbai with its third wicket in the first over after resumption finally managing to breach the resolute defence of the opener.

Vijay’s 116 consisted of 17 hits to the fence and one over it. It was the Tamil Nadu’s batsman’s 11th first class hundred and more importantly, helped him get back among the runs.

Suresh Raina joined Ambati Rayudu at the crease, and the two ensure it was smooth sailing for RoI thereafter, even though the latter (when on 36) was fortunate to be reprieved, Wasim Jaffer putting down a seemingly simple chance at first slip, Rohit Sharma being the unfortunate bowler.

The batsman expressed his gratitude by hitting the bowler between slip  and point for what was his eighth boundary, the shot also helping the visitors get past the 300-run mark (in the 80th over).

Rayudu’s subsequent boundary, off Vishal Dabholkar on the occasion, helped him complete his 28th first class half century. The 27-year-old has been in stellar form this season and continued in the same vein in this match.

His innings though was cut short soon after, Sharma finally getting his man with Jaffer making up for hiss earlier blemish with a neatly taken effort at first slip.

Rayudu made 51 and put on 78 runs for the fourth wicket with Raina. Wridhimann Saha’s (17) innings began with a bang, the batsman hitting three successive boundaries off Sharma, and ended in a whimper, Kulkarni trapping him plumb in front in the day’s penultimate over.

Raina (36 not out) and Harbhajan (yet to open) safely negotiated the remaining over, RoI ending the opening day at 330 for five. 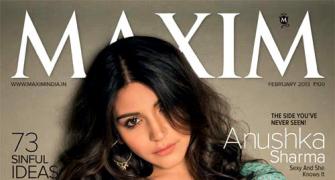 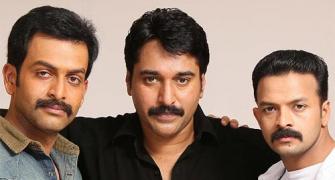 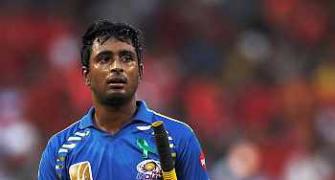 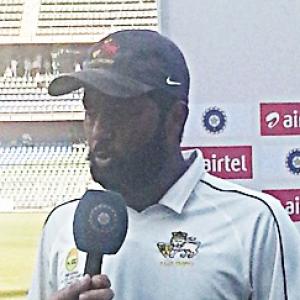 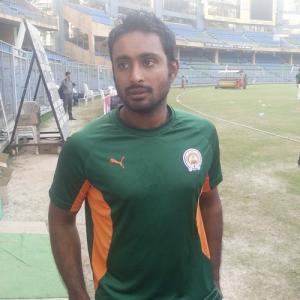 It was nice to be part of the Indian team: Rayudu