They may be leading different teams, but Rest of India skipper Cheteshwar Pujara and his Rajasthan counterpart Hrishikesh Kanitkar have similar strategy for the Irani Cup match: unleash their respective pace batteries on the opposition.

Pujara said, looking at the wicket, Rest of India will field three pacers in the match, starting in Bangalore on Friday.

"In the initial couple of days our fast bowlers may get help from the wicket, as we had seen in the Test match against New Zealand. It may later turn a bit. We would like to use it our advantage," he said.

Asked whether left-arm spinner Harmeet Singh, one of the heroes of last month's Under-19 World Cup triumph, would get a chance, Pujara said the team management has still to decide on the playing eleven.

"We are holding a meeting this evening to discuss team composition for the match," he said.

Pujara said his team will not underestimate Rajasthan.

"We want to focus on our game rather than worrying about other team's positives and negatives," he said, adding Rest of India should not have any problems as most of the players have played together in Tests, ODIs and IPL matches.

Pujara said the match should provide Ajinkya Rahane and S Badrinath a platform to perform and get confidence.

On his captaincy, he said he is not burdened by it as he has a very good team and some experienced players who did not require guidance.

"I have been captaining the India 'A' side for the last couple of years and most of the players were part of it. I don't need to guide them much as they are experienced cricketers," he said.

Also pinning hope on his pacers, Kanitkar said he would go with three fast bowlers as he expects help from the green pitch.

"I think the wicket looks greenish and would help seamers. But it is a fair wicket," he added.

Kanitkar said Rajasthan wants to reverse the trend and beat Rest of India, as they had done to win the Ranji Trophy after a gap of 76 years.

"Definitely, we want to reverse the trend and beat Rest of India in the Irani Cup. Till couple of seasons back, Rajasthan had never won Ranji in 76 years, but we won. Hopefully we will do the same against Rest of India in Irani match here," he said. 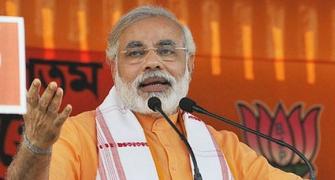 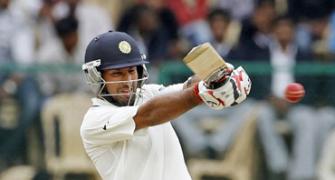 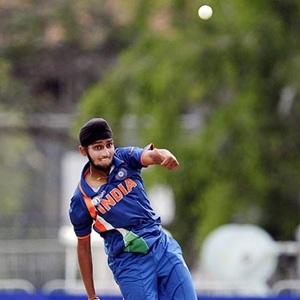 Harmeet in Rest of India squad for Irani Trophy